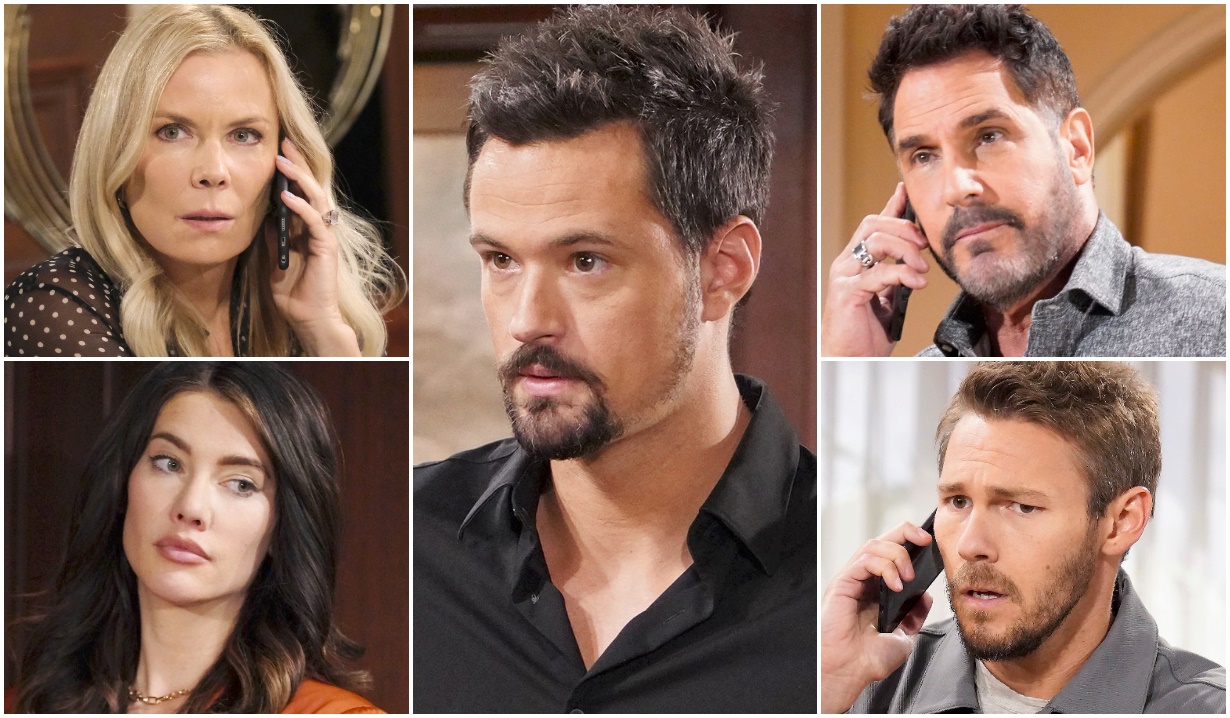 The most shocking scheme outside of Sheila’s toe may be afoot.

Bold & Beautiful’s Brooke Logan has been her usual outspoken self when it comes to the situation surrounding Thomas wanting to take Douglas from Hope’s home to live with him at the Forrester mansion, and after a confrontation with Thomas himself, it appears things escalated to the point that she actually followed through on a threat!

Thomas, who has a history of being unstable, is widely regarded to be reformed following the removal of his life-threatening subdermal hematoma, but Brooke still has her doubts. When Thomas brandished a knife whilst arguing with her, she later claimed to Ridge that she was frightened and considered his son dangerous.

More: B&B character’s world about to be rocked

To be fair, Brooke showed up and provoked her stepson, who was just hanging out with his son and cutting up an apple. It seemed an overreaction… especially when she told Ridge that she would have no problem calling Child Protective Services on Thomas.

Right on cue, Child Protective Services showed up shortly after Brooke’s threat, so it looks as though she followed through, but the case against her seems a little suspect to us, particularly as she’s all about protecting her marriage to Ridge. She’d probably think the better of making a move like this and infuriating him when Taylor is waiting in the wings for her to make just such a misstep. Not to mention she seemed pretty bewildered when Ridge confronted her about it.

But if not Brooke, then who? Who else would call Child Protective Services on Thomas?!? We have a few ideas… some of them more plausible than others, granted, but certainly possible on Bold & Beautiful.

Liam has been 100% Team Brooke in all discussions regarding Thomas and has basically told Hope she can’t trust her own judgment when it comes to her son’s father. He was positively scandalized to hear that Thomas was cutting an apple with a knife while Douglas was in the room, reacting as though the boy was a mere toddler. We can absolutely imagine Liam calling Child Protective Services after his remark that Thomas should only have visits with Douglas under supervision, and believing he’s doing what’s best for Hope and his family by taking matters into his own hands. If you’re still doubtful that he could be the culprit, consider all of the boneheaded moves Liam has made in the past! 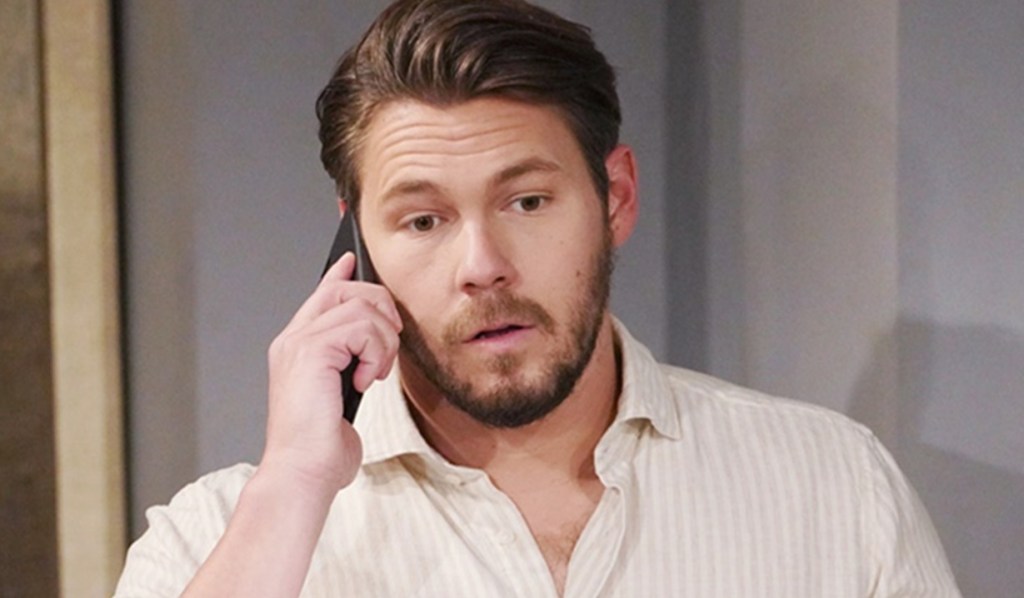 If not Liam, perhaps his dear ol’ dollar-lovin’ dad? Both Brooke and Liam have confided in Bill about the situation and he’s definitely taken their side against Thomas, who he loves to smear in his traditional style. While calling Child Protective Services sure wouldn’t endear him to his former flame, Steffy, there’s a decent chance he’d take it upon himself to make the move to help out his son, who may have informed him offscreen about the knife incident. That said, he’s been a little distracted lately by his issues with Katie and his newfound appreciation for Li… so he’s not high on the list. 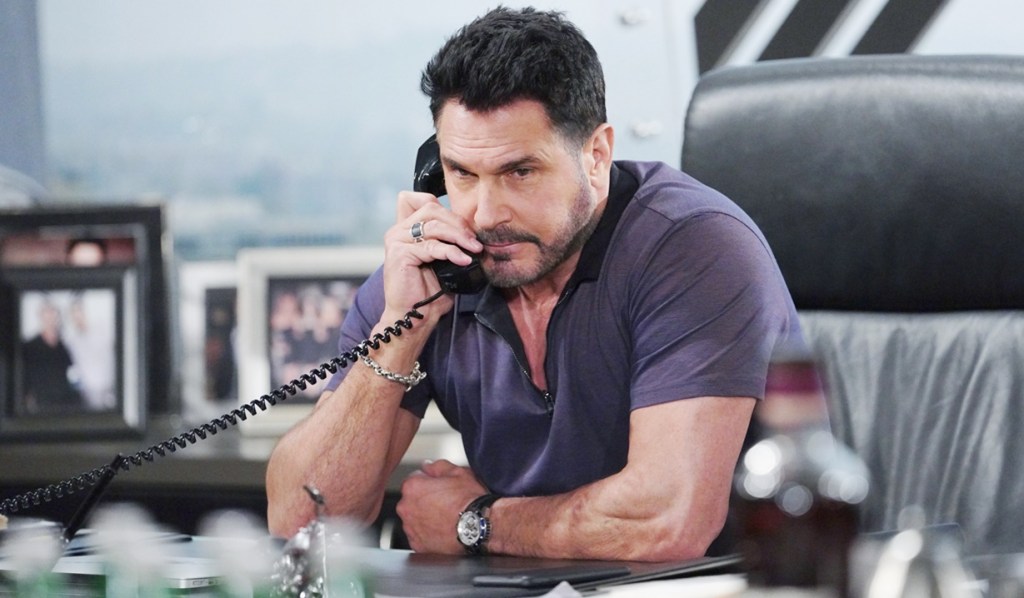 Definitely one the least likely suspects of all the parties involved, Hope has been trying valiantly to keep the peace with Thomas and do what’s right for Douglas. She also doesn’t see Thomas as a threat and her defense of him is very convincing. But with her mother and Liam in her ear, especially after the dreaded knife incident, Hope still must be considered. Perhaps she called hoping Child Protective Services would deliver the boy back to the cabin, effectively ending the tension between her and Thomas… assuming he never finds out it was her who initiated the home visit. 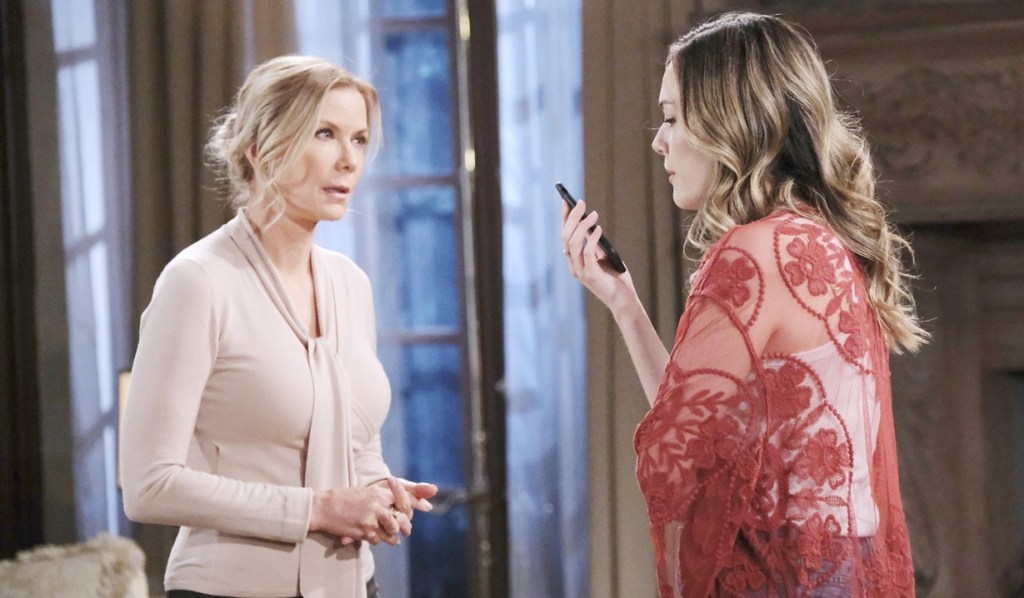 We know, we know, this makes no sense, especially given how he reacted to CPS. But we thought there may have been a very outside chance that the kid overheard his dad arguing with Brooke, got a flashback to when his father was behaving in a frightening way toward him, and used his voice changer to call Child Protective Services in hopes they’d take him back to Mama Hope. You know that voice changer is going to figure into a story one way or another! 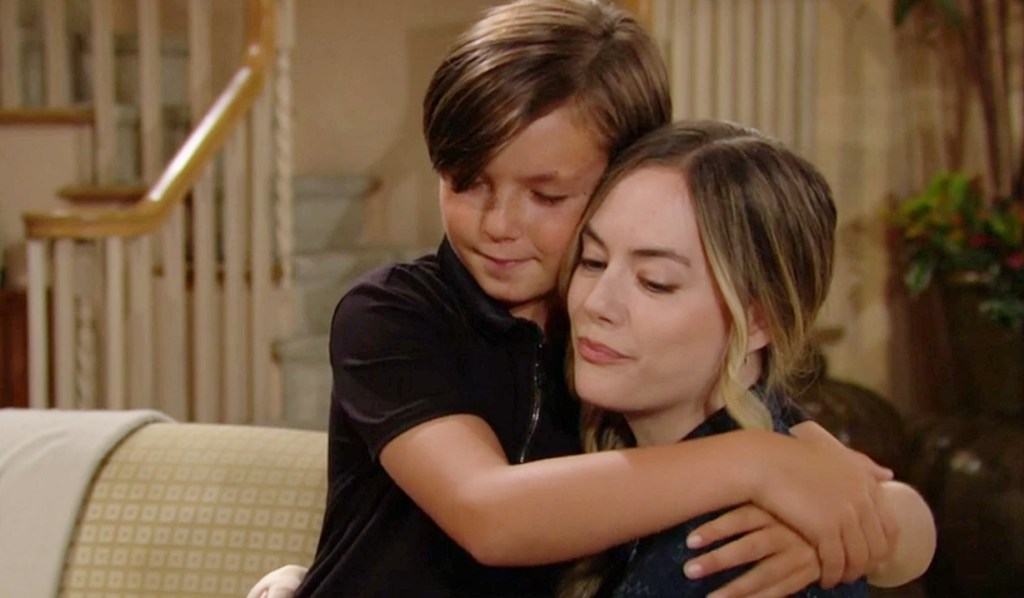 “What?!?” you’re thinking. “Why would Thomas call Child Protective Services on himself?” Well, let us explain why he’s actually our prime suspect. Thomas has two objectives on the go at the moment — keeping Douglas with him and getting Brooke out of his father’s life. Knowing that Brooke threatened to call Child Protective Services on him (Ridge told him) and that his father was appalled by it, Thomas may have realized that setting her up would be a surefire way to put an end to the marriage and send his dad back to his mom once and for all. Brooke was the first one Ridge blamed because she had just made the threat. Thomas may even have doubled down and used Douglas’ voice-changer to sound like her, so if she tries to prove her innocence she’ll be stymied!

Before CPS showed up, Thomas asked Ridge to go to the house and hang out with Douglas, so he knew his dad would be there to deal with the fallout when the officers showed up. He told his father he would meet him there after finishing up some work — which may have been when he made the call — and turned up on the scene right after CPS arrived… talk about perfect timing.

“But,” you’re protesting, “This hurts Thomas’ chances of keeping Douglas with him. Why would he do such a thing?” The answer is that it might actually help his case where Douglas is concerned, because Child Protective Services is obviously going to arrive to an idyllic scenario. Ridge will vigorously defend his son, and Hope’s side of the family will appear hysterical, as though they’re trying to come between Douglas and his loving dad.

Thomas then accomplishes both of his objectives: Ridge will walk out on Brooke and decide that he’s better off with Taylor, and Child Protective Services will give Thomas the seal of approval.

Twisted? Yes, but there’s a reason Thomas made our Bold & Beautiful unhinged hall of fame! 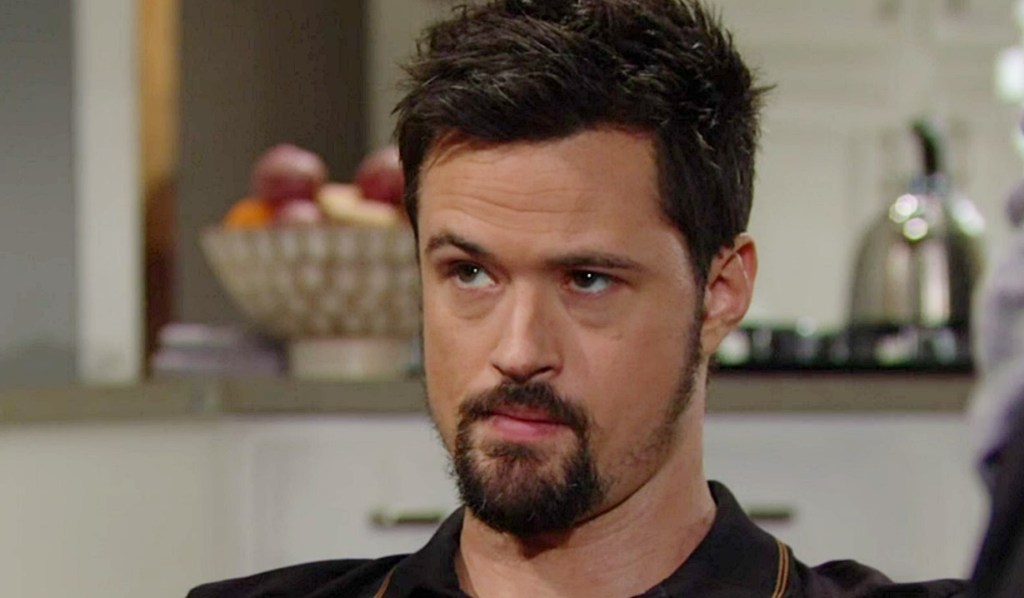 What do you think? Do you have anyone to add to our list of suspects? Let us know in the comment section.

Chicago Fire fan? Take a look at the stars and their real life partners in the gallery below. 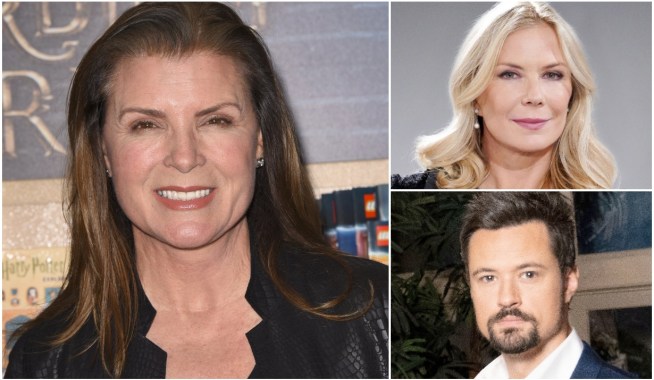 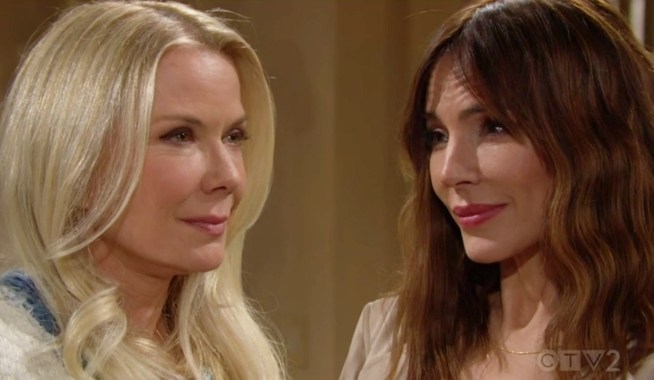