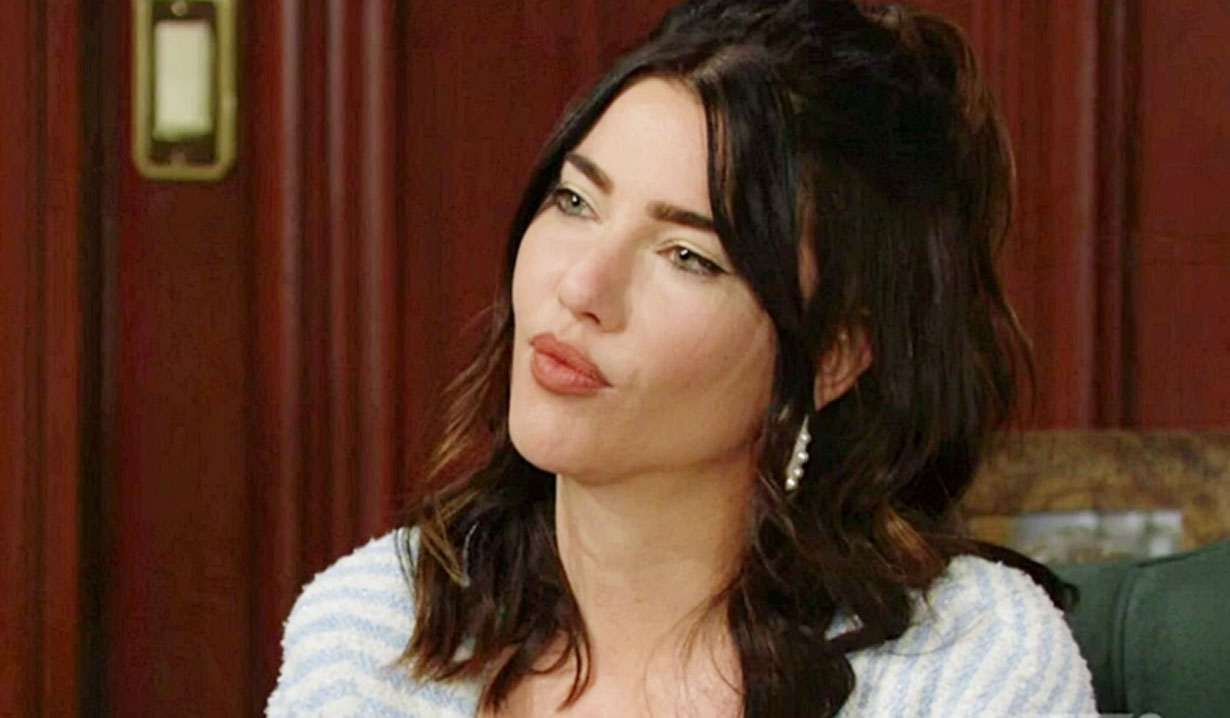 Well, some would disagree with that, but this is Bold & Beautiful firebrand Steffy we are talking about — and we all know that when it comes to her parents getting back together, she’ll do anything. And she does just that the week of September 19 — at the worst possible time for Brooke!

In the latest issue of Soap Opera Digest, Jacqueline MacInnes Wood teased what’s ahead and what her character does in order to keep Ridge and Brooke apart. Even though Brooke plans a romantic evening for her husband, Steffy is there to intercept her stepmother’s call. And not only that, she gets a dig in by telling Brooke that her father is busy with her mother.

Pretty vixenish for a character that we tend to think of as virtuous. But no way is Steffy going to let Brooke interfere when she has her parents right where she wants them. “Steffy has Ridge and Taylor together in a warm and loving family environment,” Wood explained. “She’s not going to ruin the moment with Brooke.”

It’s no secret that Steffy thinks Taylor is a much better fit for her father, a woman who will remain loyal to him no matter what. “They have always loved each other,” Wood continued. “And Taylor does not have all the drama that Brooke brings — at least not now.”

Hmmm, that in and of itself is intriguing. Brooke may have one up on Taylor in the drama department, but we all watched that paint fight in the Forrester living room, and Taylor can hold her own when it comes to dishing it out with the best of them. 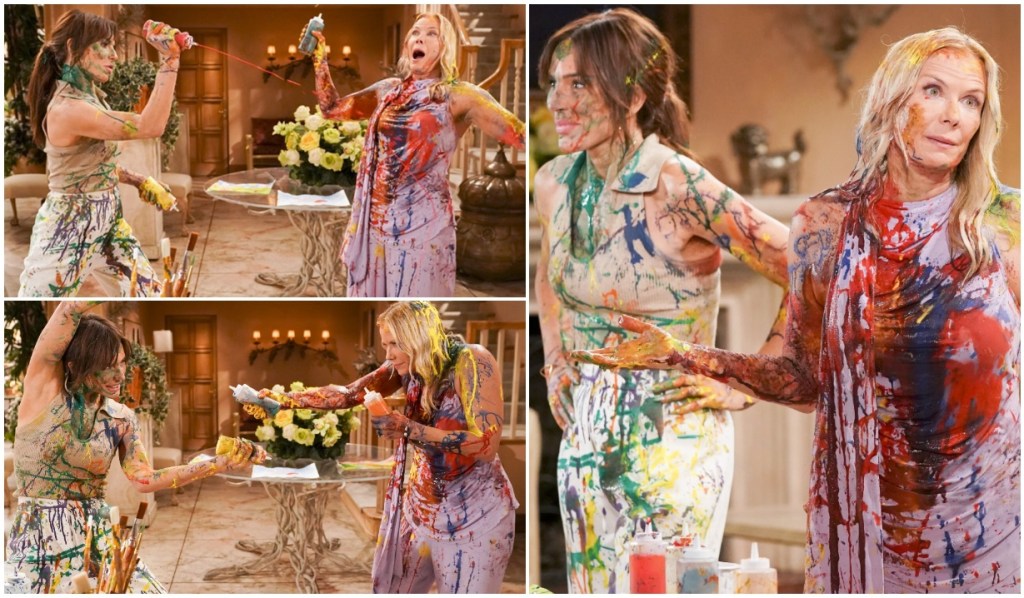 On the flipside, Wood revealed that even though Steffy clearly doesn’t have a problem rubbing her parents’ close relationship in Brooke’s face, a constant battle with Brooke and Hope isn’t something she wants. She’d like them all to coexist “peacefully” but on one condition: “Brooke and Hope accept that Ridge belongs with Taylor.”

That’s not asking much, right?!

But in all seriousness, Wood stated, “For the sake of the kids, she would like there to be no animosity.”

Again, that’s not asking much, right?!

Unfortunately, that’s not what delivers the drama. And Wood noted that what’s to come all goes back to the miracle that occurred in Monte Carlo. “The kiss her parents shared was a good omen.”

And viewers will get to watch it all unfold, as previewed in the Bold & Beautiful spoilers… Brooke and Taylor battle it out over Steffy’s interference, and later, Ridge is faced with a huge request from his ex-wife.

Which side of the fence do you sit on? Share your thoughts about one of the CBS soap’s most iconic feuds in the comment section.

And before you head off to make weekend plans, take a moment to surf through our gallery below featuring gorgeous then-and-now photos of some of your former Bold & Beautiful favorites. 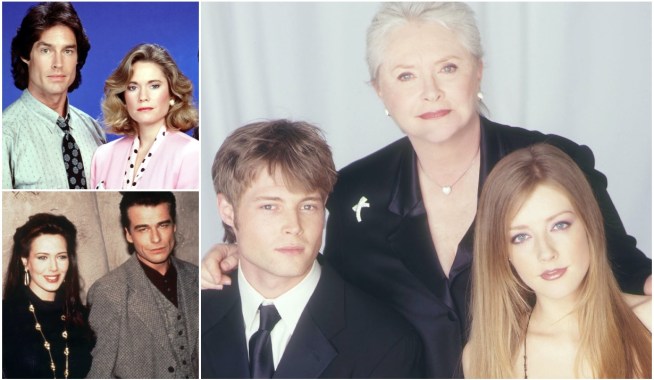 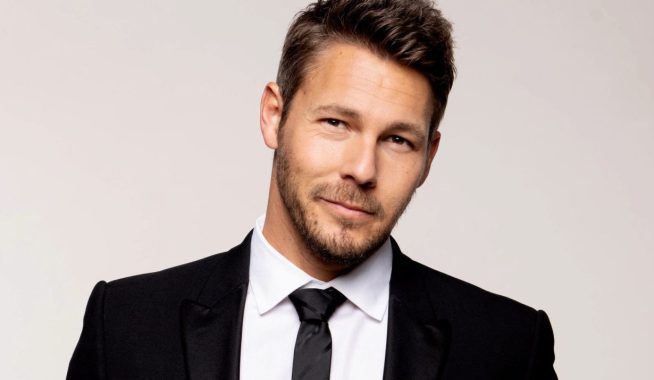