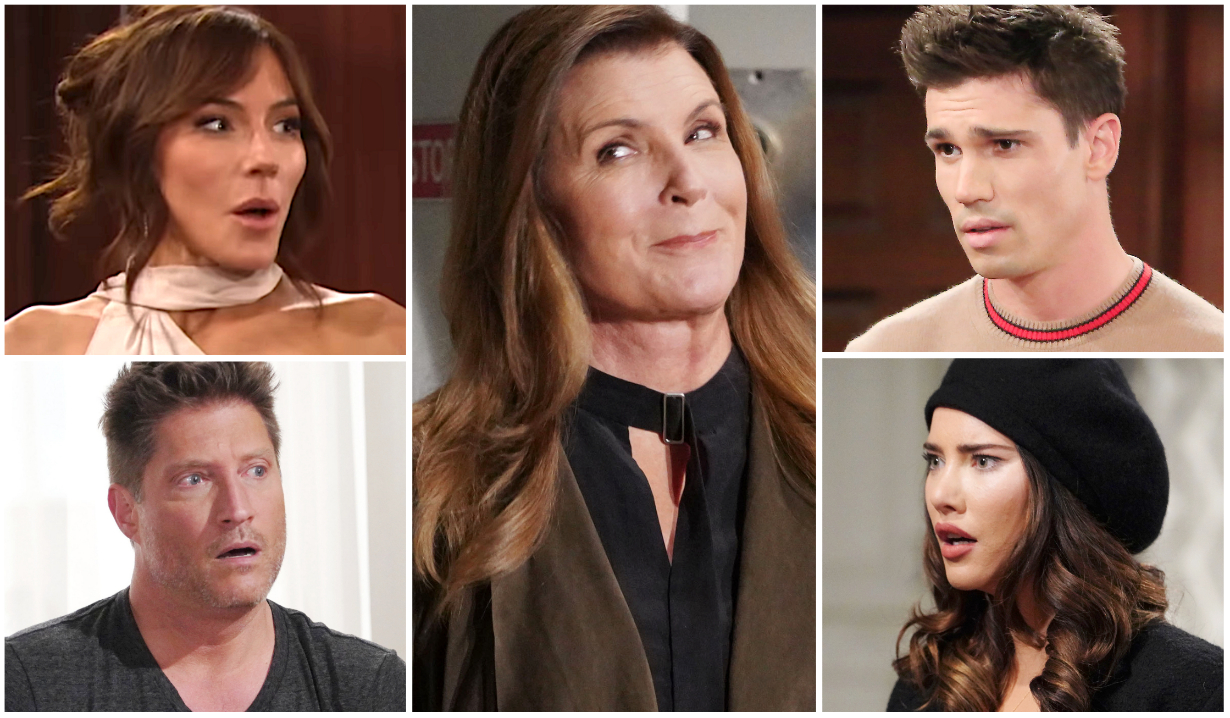 We can see where this is going even if the character in question can’t.

Few and far between are the Bold & Beautiful characters at whom Sheila hasn’t taken aim and/or shot. But her next victim isn’t as likely to be the victim of gunplay as he is his own stupidity.

Yeah, we’re talking about you, Deacon. When Sheila warned that if she went back to prison, so he would he, the ex-con needed to take his chances, rat her out and explain to the authorities that the fugitive had been in disguise when he “aided and a-bedded” her. “It was a good disguise!” he could’ve told the cops. 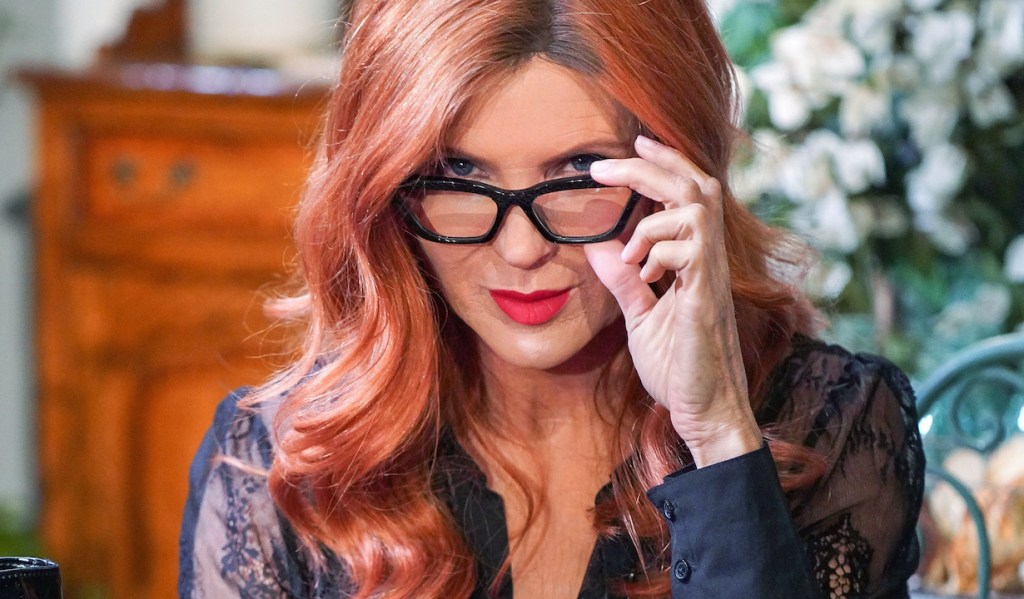 “Connie Britton, at your service.”

Since Deacon would have done the right thing, and as quickly as he could, we suspect that he would’ve been given a pass. And possibly a medal. Hope would’ve been proud of her dad. Even the likes of Ridge might have had to admit that Deacon was capable of behaving differently than the scuzz that for so long he was.

But none of that can happen now. By allowing Sheila to, ahem, bunk with him, Deacon has numbered his own days. She will eventually be found out, and when she is, he will be, too. That’s not even a question. Sheila has never, ever hatched a plot that hasn’t gone up in smoke in the end. He knows this. So for Deacon to hop on board her crazy train is…

Well, it is crazy. 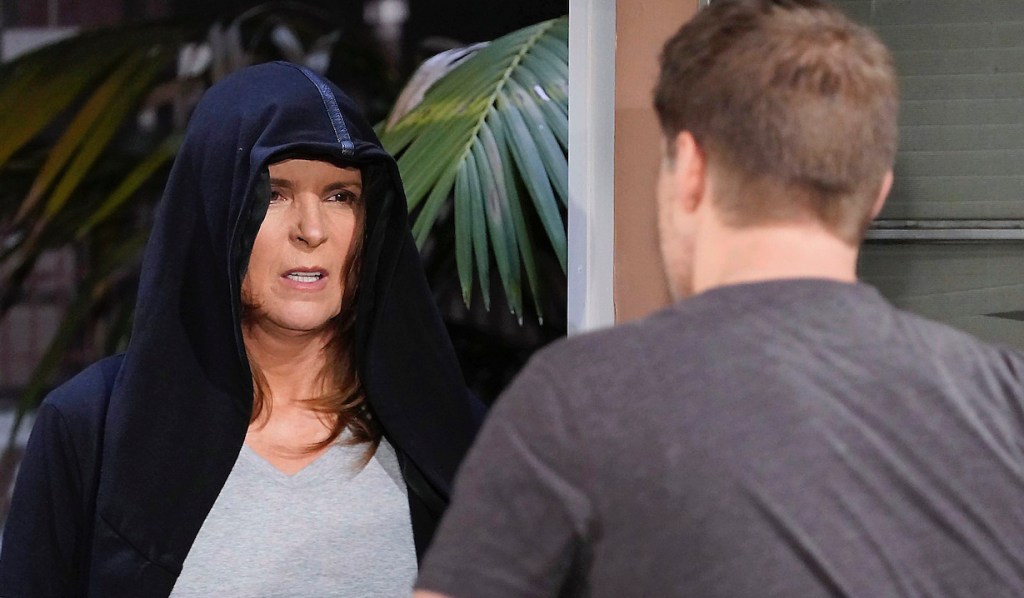 “OK, this may not be my all-time best disguise.”

When the “late” madwoman is busted yet again, she’ll surely slither out of the clutches of the police. (It’s under “special skills” on her resumé.) Deacon, on the other hand, will be sent straight back up the river. Possibly even worse, Hope will have no choice but to agree with her dad’s detractors that he hasn’t changed… that he can’t change.

So, although Deacon may not wind up being killed by Sheila, she’s still all but guaranteed to make him wish he was dead. Heck, just hearing Ridge run around town saying “I told ya that guy was no good!” would be enough to do it for us. Speaking of the dressmaker…

Review Ridge’s wild life of flip-flopping between Brooke, Taylor and the occasional Young & Restless guest star in the below photo gallery. 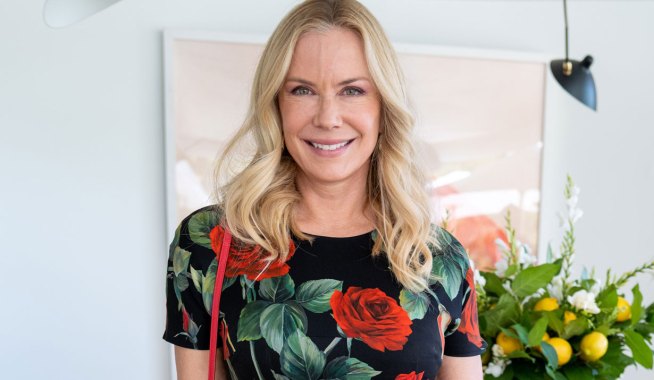 The Threat Bold & Beautiful's Steffy and Finn Never Saw Coming — and Will Never Be Able to Shake! 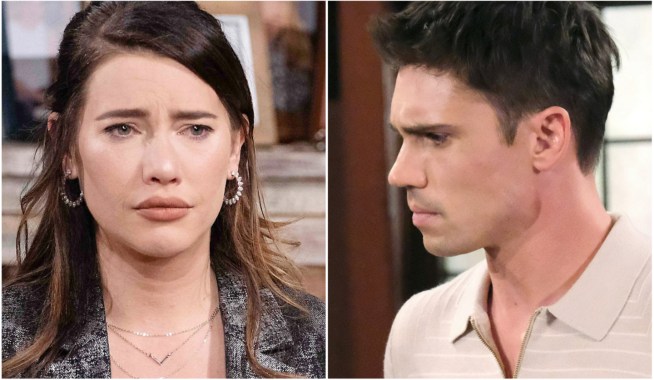