The Threat Bold & Beautiful’s Steffy and Finn Never Saw Coming — and Will Never Be Able to Shake! 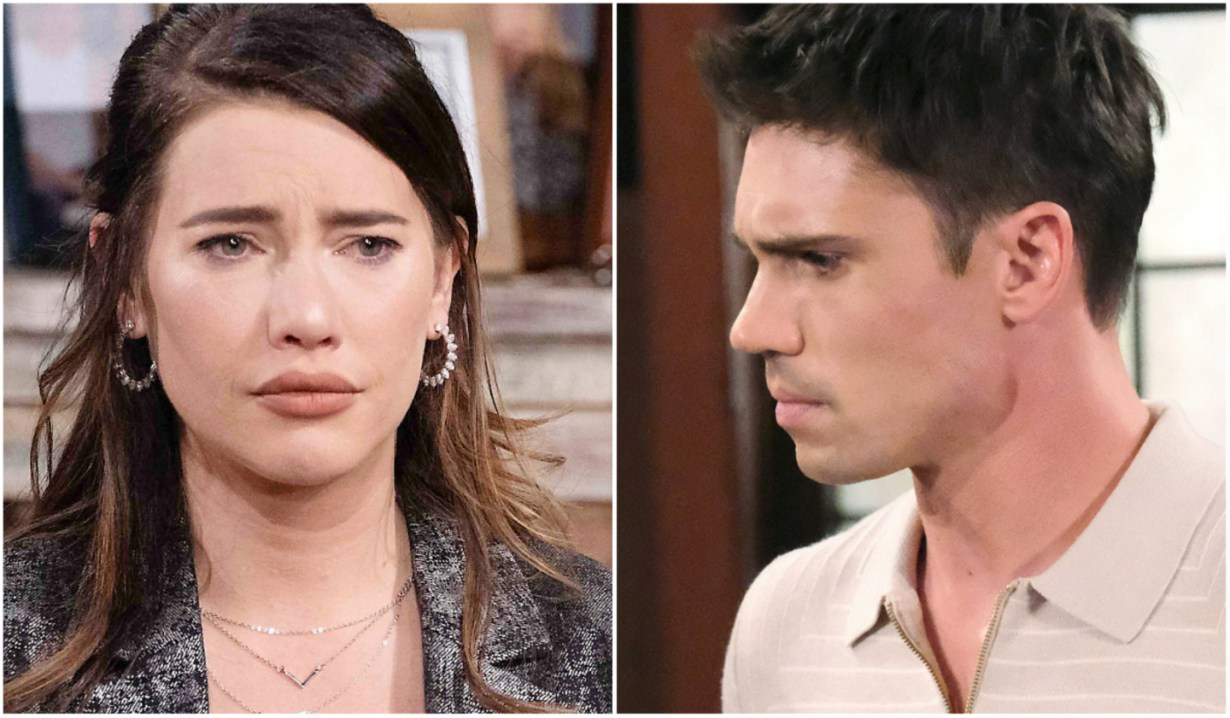 This may be one fate they can’t escape.

Watch out, Steffy, because you’ve got a target on your back… and it’s not from Sheila! While we’ve all been focused on the Bold & Beautiful Big Bad taking Finn from his wife, we failed to see another threat growing. But now that the happy couple has finally reunited, it’s time to face the facts and admit that their happily ever after may always be under threat… from Li!

When Naomi Matsuda spoke to Soap Opera Digest recently for their podcast, the actress gave us a little insight into her character’s motives and thought process. And it doesn’t bode well for Steffy. When asked if Li was in the least bit sorry about how she handled Finn’s secretive resurrection, Matsuda didn’t hesitate.

No, Li really doesn’t regret a thing she did, including hiding Finn from her daughter-in-law.

“At that point,” Matsuda noted, “her focus was one-hundred percent on her son and that’s it. Because she’s so determined, of course she’s going to save her son. And she’s not going to care about his wife because she partly blames the lifestyle of his wife and their family.”

Whoops. There it is. But surely, now that Finn and his love are back in each other’s arms, Sheila is “dead” and all is right in the world, Li’s softened a bit. 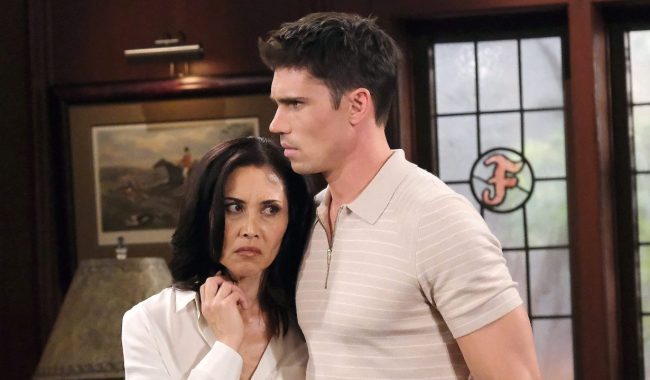 “This place reeks of Forresters! Time to go, Finn!”

“Li’s pissed, in a way, still,” Matsuda explained to Digest, “and still afraid because she could still lose him. He could still be in danger because he’s married to a Forrester. Li will always be on guard. She’ll always be protective.”

She saved Finn’s life not just once, but twice, when she finally managed to get out his location to Bill.

The Forresters live a glamorous life, but also a dangerous one. They tend to attract enemies like flies. It’s not just Sheila. Aly tried to run Steffy down, Thomas is occasionally unstable, Reese played baby swap with Steffy and Hope, Morgan kidnapped Steffy and held Taylor hostage, and even Quinn, at one point, kidnapped the father of Steffy’s child, Liam.

Should we go on? So sure, Li has reason to worry. Is it necessarily fair to blame Steffy? No. Nor would it be fair to punish her, but parents will do almost anything to protect their kids. Steffy, of all people, should understand that.

Matsuda herself said that Li was focused solely on her son and nothing else mattered. “No one would ever interfere with that,” she clarified.

Li’s a woman on edge who almost lost her son twice because of the family he’s in. Sure, maybe she’s holding on to the fact that he’s alive, healthy and happy again right now, but it sounds like she’s also very much traumatized. Should she ever get even a hint of danger to her son, she’d rush into protective mode to save him.

“She’s not going to back down,” said Matsuda. “If anything, she’ll always be on guard.”

Only this next time, saving him may not involve emergency medical care, but emergency intervention — namely separating him and Steffy. If he’s not willing to leave his wife of his own accord, she may just have to resort to sneakier ways to pull them apart.

And if she succeeds, that would likely just be the start, as surely she’d want her grandchild to be safe from the Forresters too, and do everything she could to make sure Finn gained custody of Hayes and never saw his mom again.

Decide if even Li could come between Steffy and Finn after checking out our photo gallery of their swoon-worthy romance. 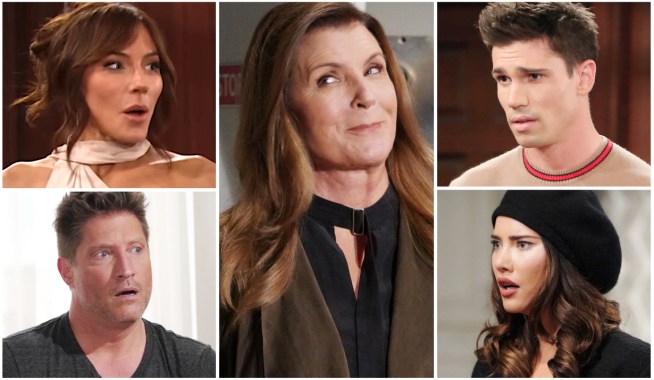 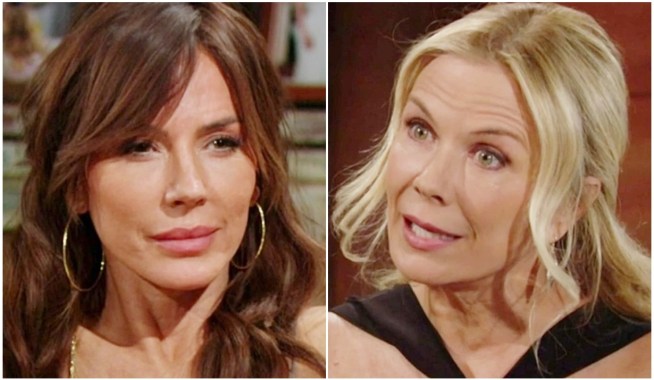