B&B was created in 1987 by the late William J. Bell and his wife, Lee Phillip Bell as a sister soap to their other hit The Young and the Restless. Today, the Bell's son, Bradley H. Bell is the Executive Producer and Head Writer of the soap that is currently nominated for and Emmy for Outstanding Drama.

"THE BOLD AND THE BEAUTIFUL'S unique combination of deep romance and brash story telling has made it a signature part of the CBS Daytime lineup," said Barbara Bloom, Sr. Vice President of Daytime Programs, CBS. "We salute the Bell family and the extraordinary cast and crew on achieving this milestone."

"Twenty years ago, I could have never imagined what was in store," said Bradley P. Bell. The show is "now over 5000 episodes strong and viewed in more than 140 countries. These past two decades have been a fantastic journey of storytelling through an endless barrage of blank pages eager to be filled with romance, intrigue, cliffhangers and sometimes teardrops. My thanks to CBS, whose support has been integral to our success, and to our viewers for their steadfast loyalty."

Soaps.com would like to express our thanks, as well. We love our Bold and the Beautiful ! 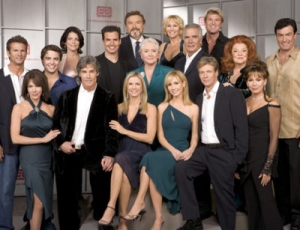 An official press release from CBS announces to Soaps.com readers that the Bold and the Beautiful episode on Friday, March 23, will mark the show’s 20th anniversary on the air. To mark the occasion, the storyline will take place in Australia and feature “Brooke and Ridge’s always stormy relationship, young Phoebe (Mackenzie Mauzy) and Rick’s (Kyle Lowder) forbidden romance, Taylor (Hunter Tylo) and Nick’s (Jack Wagner) newfound love, and the competition between fashion houses Forrester Creations and Forrester Originals for control of the industry.”

Through the years, Bold and the Beautiful has covered current issues such as HIV, rape, homelessness, child abuse and drug/alcohol dependency. The soap has also put its Los Angeles location to good use by casting Hollywood legends such as Phyllis Diller, Patrick Duffy, Linda Gray, Betty White, Usher, Charlton Heston, Mike Piazza, Erik Estrada and Dionne Warwick to appear as either themselves or a character. 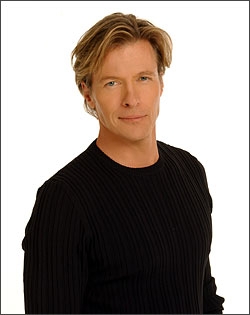