Bold & Beautiful’s Donna Is Living a Dream Come True… That’s Poised to Become a Waking Nightmare — and Not Only for Her! 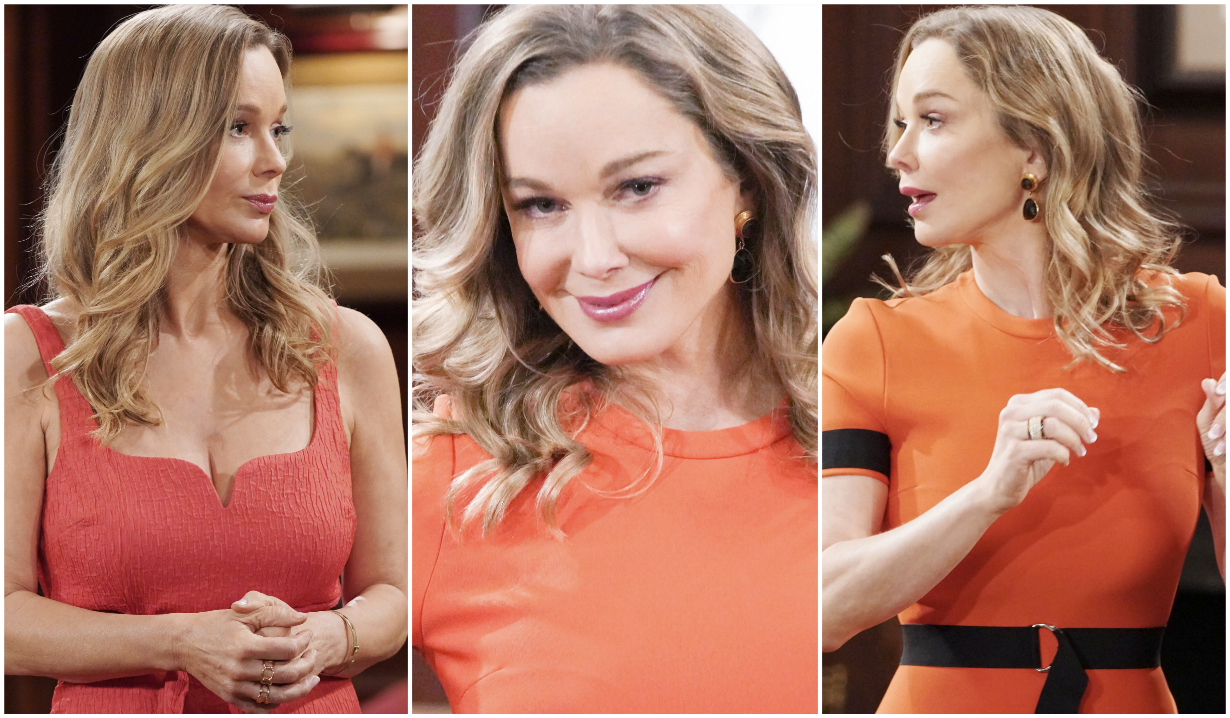 Eric’s former (and future?) wife has it all, which means that she has it all… to lose.

Really, The Bold and the Beautiful should have Quinn sending Donna a thank-you note and a year’s supply of honey for bringing about the end of her marriage and freeing her up to be with Carter. In an adulterous and roundabout way, Donna actually did her nemesis a solid.

But instead of just be grateful that everything worked out the way that it did, Eric’s spurned missus sees red every time she thinks about him cheating on her with the blonde bombshell. What does that mean? A few things…

Donna Had Better Sleep With One Eye Open

An angry Quinn is a dangerous Quinn. Just ask Liam, who upon reaching the top of her [bleep] list found himself on the wrong end of a mini-sword, or Deacon, whose interruption of her “Adam and Eve” storyline so irked her that she pushed him off a cliff. 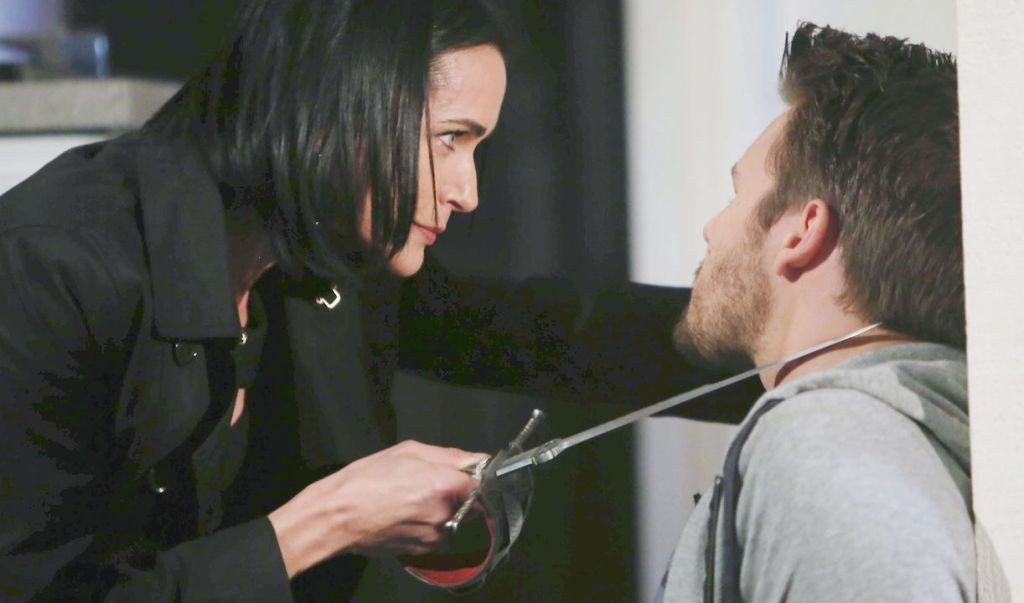 That’s one way to make a point.

How will Quinn take out her rage on Donna? That remains to be seen. But according to spoilers for the week, we might get a clue on Wednesday, when Eric’s ex, let’s say, shares her feelings with his current honey. But wait, there’s more…

Carter Is in for a Rude Awakening

So far, Carter has known Quinn only as Eric’s unsatisfied wife, a sensitive soul with whom he throws the kind of sparks that could start a forest fire. So it may come as a shock to the Forrester COO when he discovers how dark his lover’s dark streak really is. 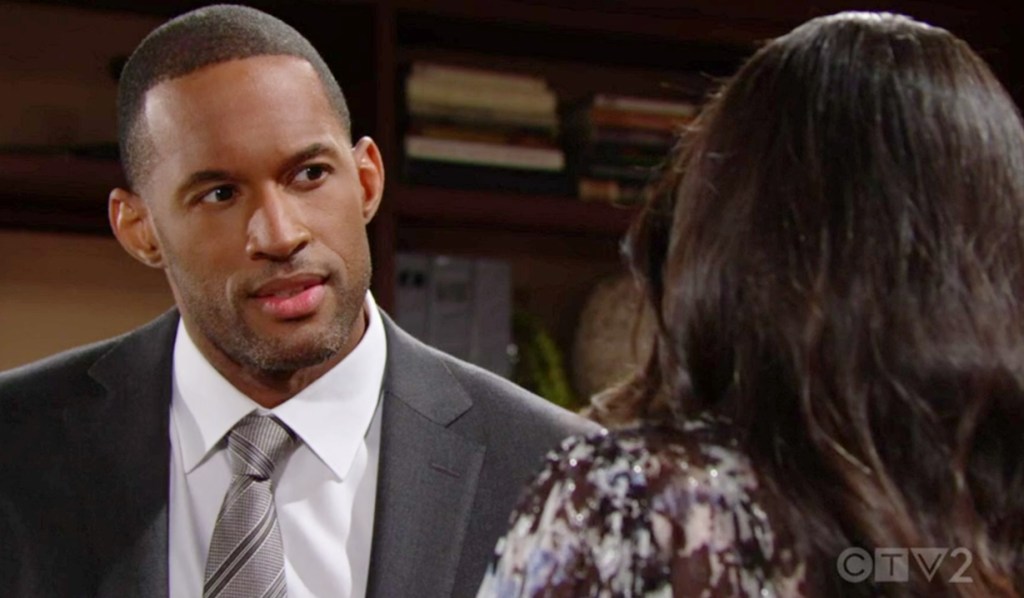 How could it not catch him off guard, really? The question then becomes: When Carter gets a glimpse of the vindictiveness that lurks within Quinn — a vindictiveness that at times has made her seem almost as mad as Sheila — will he be able to handle it? Or will he realize that there is more to the woman he loves than he imagined — and he doesn’t love all of it?

This Is Only the Beginning

Ironically, Quinn could become the biggest obstacle to her own future happiness with Carter. Simply by being herself, her passionate and unpredictable, volatile and vicious self, she could scare Carter even more than she will Donna. Would he ultimately be able to accept Quinn’s flaws as readily as he does her virtues? Or would he find himself pulling away, thus adding himself to her list of people at whom she wants to lash out?

We can’t wait to find out. While we do, however, you can review highlights of Quinn’s wild life in the below photo gallery. 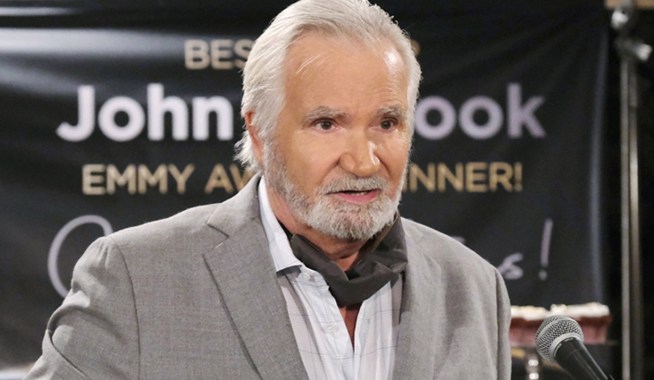 Bold & Beautiful Preview: As Ridge Flies Into a Rage, Brooke Offers Up a Clue That Could Bring Down Sheila for Good 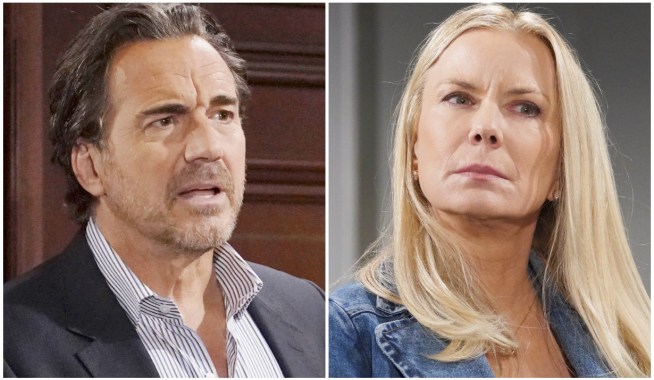