Bold & Beautiful Exclusive: John McCook on Eric’s Future With Donna — Plus, the Scenes That Left Him and Rena Sofer ‘Freaked Out’ 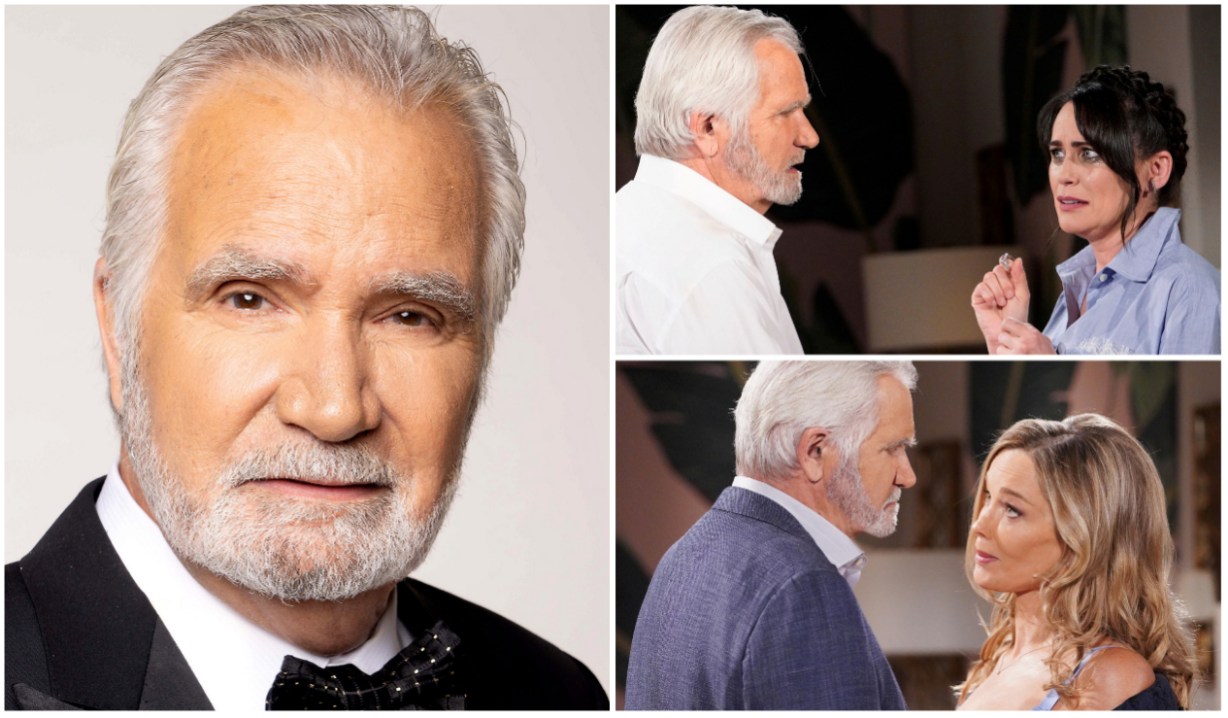 “This deserved a week of shows!”

Given everything that’s recently gone down in the life of Eric Forrester, it’s probably not surprising that portrayer John McCook is pretty excited about to see what will happen next on The Bold and the Beautiful. “Eric is turning a new page in his life, and that’s always fun for an actor to play,” he says. “As actors, we’re every bit as invested in what will happen next as the audience.” 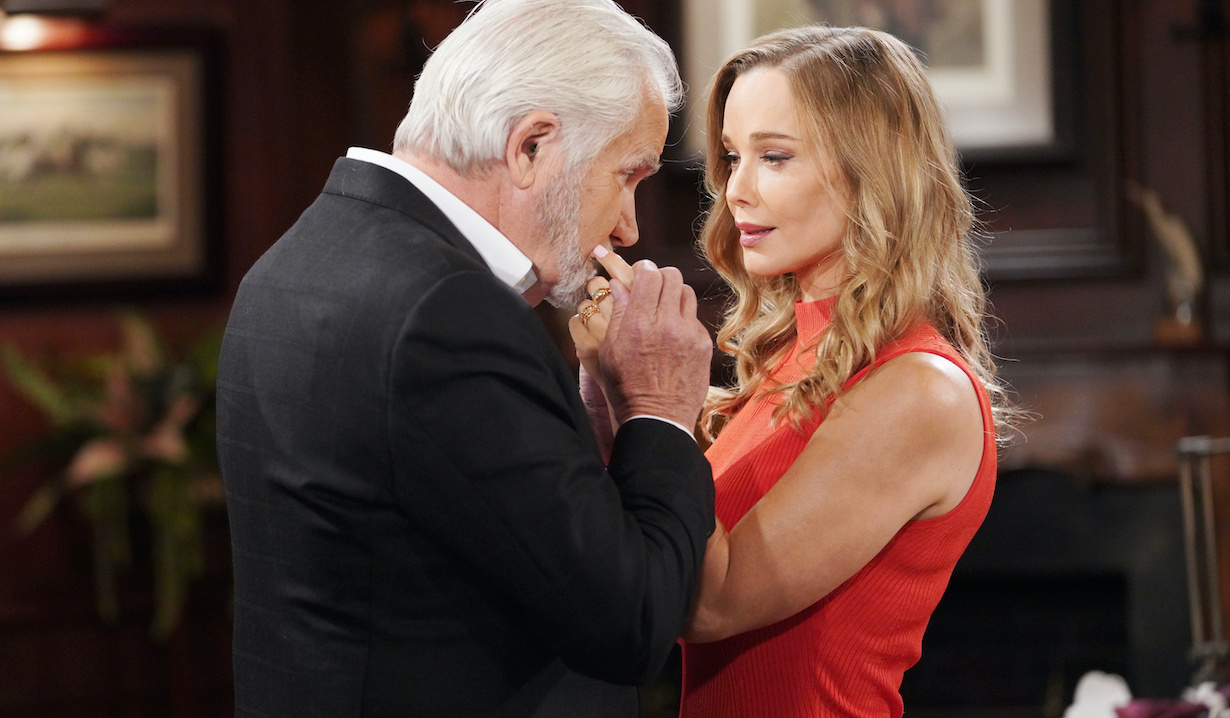 It all started with a little taste of honey…

Where Eric is concerned, it would appear that what’s next is another shot at happiness, this time with Donna. But the pair has been down this road before, so makes them think it will work this time around? McCook says that’s something he and Jennifer Gareis (Donna) have spoken about extensively. “We’re asking ourselves, ‘How will it be different?'”

McCook has also been discussing the topic with wife Laurette Spang, with whom he watches each episode. Their thoughts? “Donna is cute and funny and is very good at turning on the coquettish charm. But if Eric is going to bring this woman into his life and into his home, that’s a completely different role. If she’s going to become the lady of the manor, or the grand dame, and have her portrait hanging above the mantle, how different will she be? Should she be different?”

The actor says that he and Gareis believe Donna will, in fact, need to undergo at least a few changes. “The cuteness and the coquettishness don’t have to go out the window, but it would probably become a private thing. It might be interesting to see him have Donna dress differently and behave differently. It would be almost a Pygmalion story, in a way. Could she do that while still retaining the essence of the flirty, sexy woman he’s been charmed by for so many years?”

Even as Eric is contemplating his future, the audience — and McCook — is still reeling from the whirlwind of events which led to the Forrester patriarch’s current marriage crumbling. “When it came time for that intense conversation,” he says, “it was all done in one episode. Honestly, it deserved a week of shows, but that’s not my decision. Rena [Sofer, Quinn] and I were freaked out that we had to wrap this relationship up in 15 minutes. But the scenes were very, very engaging. To have them say to one another, ‘Listen, we’ve had a good run. We were actually meant to be together for a time, but not anymore.'” 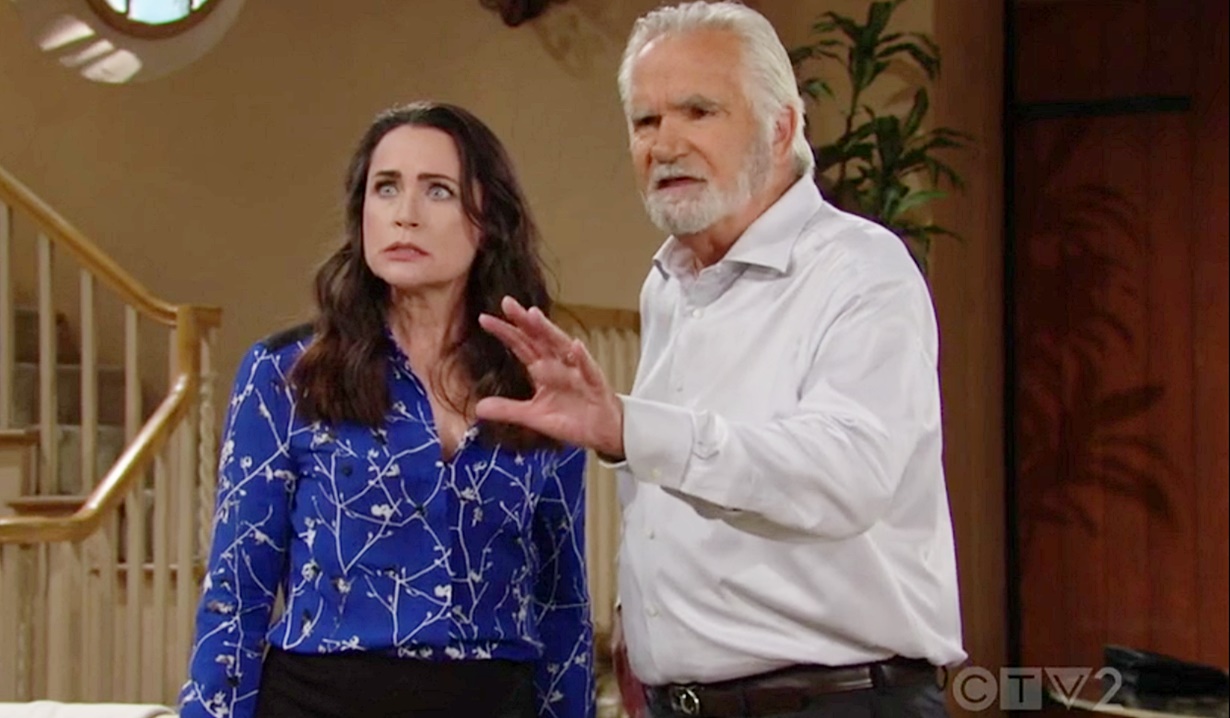 Despite how quickly the relationship was severed, McCook believes it worked because of where the characters found themselves. “They are both in love with other people,” he shrugs. “They acknowledged that and now have a chance to turn the page, which makes it not as ugly as it might otherwise have been.”

McCook reflects on the many (many!) women Eric has loved over the years, sharing his thoughts on each in the picture-packed gallery below. 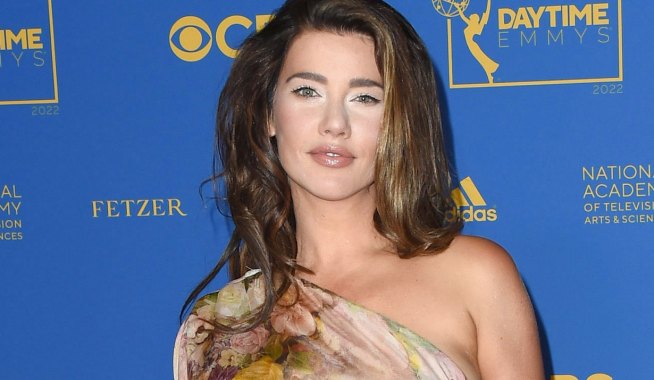 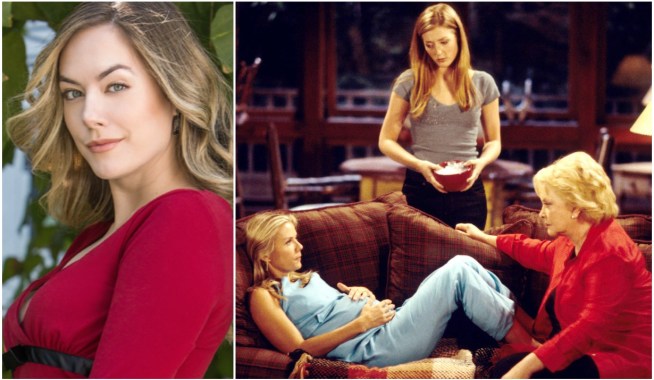