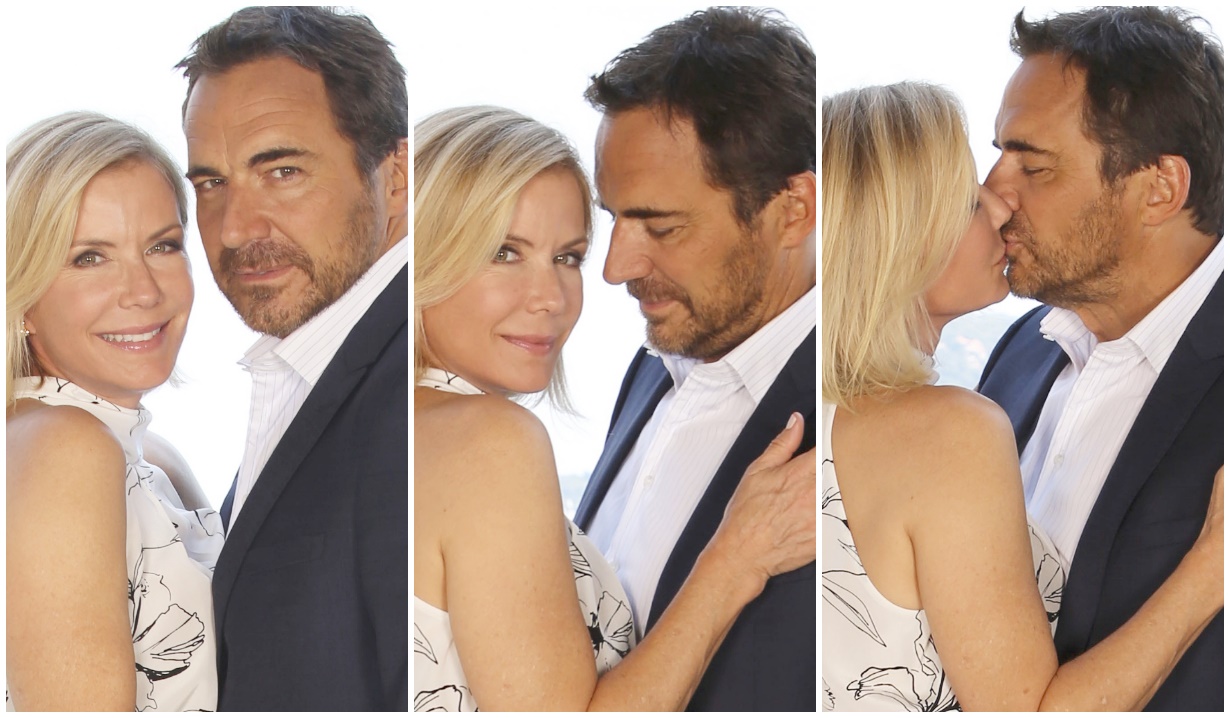 Might the two left out in the cold when Brooke and Ridge reconcile decide to turn up the heat… with each other?!

Judging by the grin on Ridge’s face and his close proximity to the ever-tearful Brooke in the recent episode of Bold & Beautiful, it’s a sure bet that the two will be getting back together — and he’ll be moving back into the matrimonial home — fast enough to make heads spin.

If only Taylor’s fortune cookie had warned her that Brooke would turn up with an offer Ridge couldn’t refuse, she might have stuck around after the Chinese takeout and worked harder to get out of the “best friend” zone. 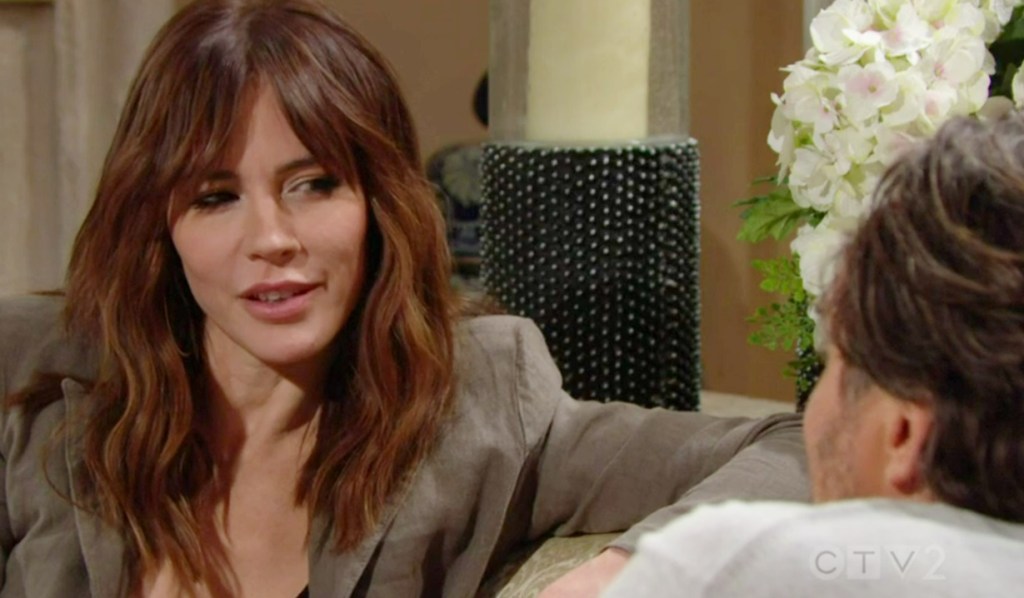 Brooke’s offer, of course, had to do with one Deacon Sharpe, who was still a bone of contention between her and Ridge after she defended him in the wake of their overnight smooch session while she was drunk on New Year’s Eve.

Given that Brooke now knows why she drank — Sheila — all that was left to be resolved was the issue of Hope’s doting dad, who has still been hanging around Brooke’s mansion. So much so, that his presence literally clued her in to what she must do to get Ridge back. Which was almost certainly not the effect Deacon was hoping to have during his visit. 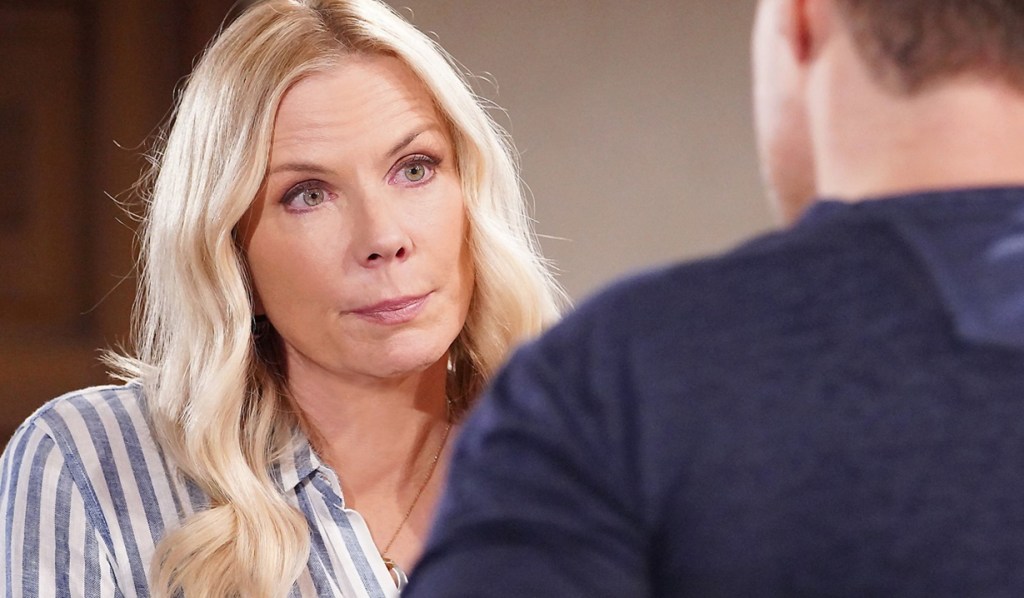 Anyway, Brooke’s offer to kick Deacon beyond the curb and ban him from her premises seemed to go over pretty well with Ridge, which means a reunion is imminent. 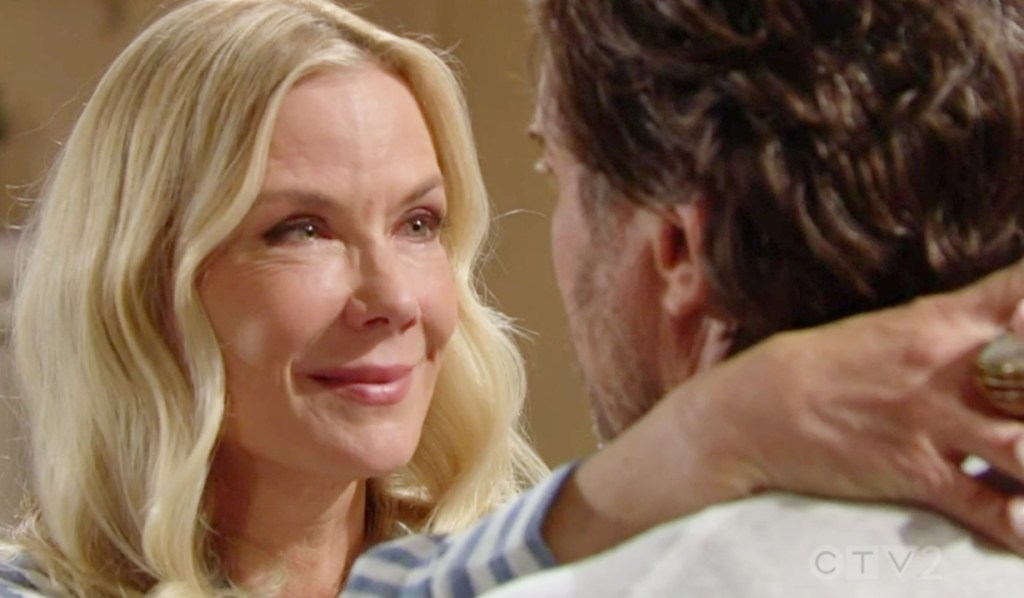 That will leave Taylor, who is already at odds and rattling around the now-empty cliff house, with even more free time on her hands.

Perhaps she can spend it counselling Deacon, who, having had his long-shot hopes of a reconciliation with ex-wife Brooke dashed, will also be at loose ends and with a lot more time to work on becoming a better person.

On second thought, perhaps Taylor should give Deacon some advice off the clock and out of the office — maybe at Il Giardino — since therapists, especially of the world-renowned variety, shouldn’t date their patients.

Who better for Taylor and Deacon to turn to than each other when they both get left out in the cold by the “Bridge” reunion? How many times have you seen a good commiseration session ignite an unexpected spark between two people who aren’t feeling “seen” by those who have rejected them?

It could totally happen, and who among us wouldn’t love to see it? Deacon and Taylor would be a red-hot new duo, with an added bonus — Ridge would be apoplectic!

The dressmaker definitely wouldn’t like seeing his “Doc” with the con — reformed or not — which means that even though Brooke would have him back under her roof, all of his attention would be on Taylor. Therefore, Deacon will remain a thorn in his ex-wife’s side even whilst minding his own business and trying to move on. We kinda like the implications of all this.

Their kids’ reactions would be a hoot too. Imagine Steffy coming home to discover that her mother’s moved Deacon out of the broom closet and into the Malibu beach house! Hope might be happy about her father’s change of fortune, but she’s also been listening to Bill, who thinks Ridge isn’t good enough for her mother. If she truly believes her father-in-law is onto something, she might start pushing for a Deacon and Brooke redo. Especially, if his reformed status is cemented by a healthy relationship with Taylor.

Would you like to see Deacon and Taylor turn up the heat after being left out in the cold by “Bridge”? Let us know in the comment section below.

Review Deacon’s wild past in the photo gallery below. 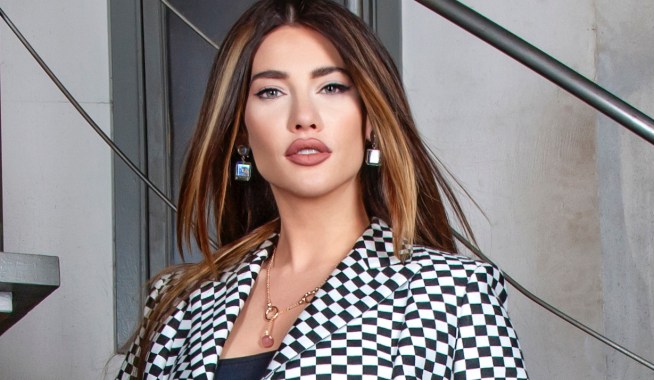 Bold & Beautiful Fans Rejoice as Someone Finally Puts Ridge on Blast — Plus, What Taylor *Didn't* Say But We All Heard 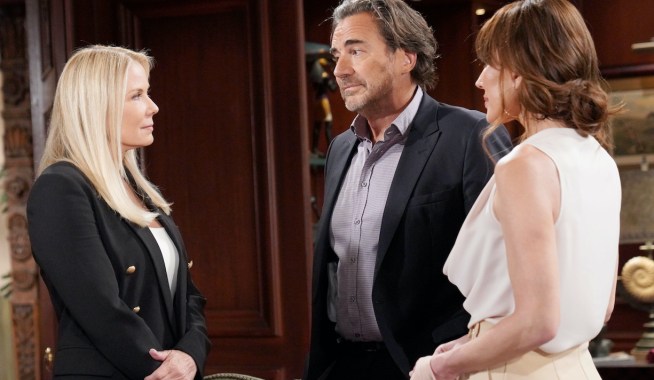