With Bold & Beautiful’s Steffy Hanging On By a Thread, Jacqueline MacInnes Wood Takes Comfort in Her Adorable ‘Wolf Pack’ and ‘Bears’ Her Burgeoning Baby Bump 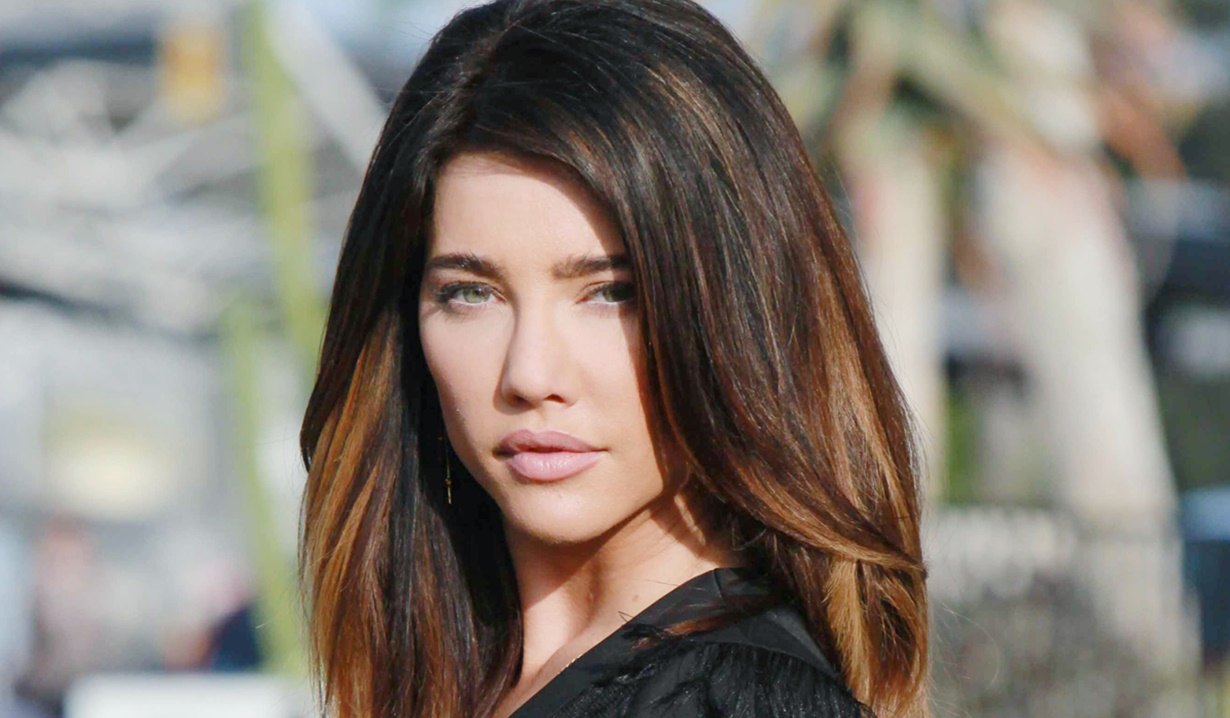 It’s been a wild ride for Jacqueline MacInnes Wood and her Bold & Beautiful alter-ego, Steffy, of late. Her character has lost her husband, who was shot by his own biological mother, and she landed in a coma in the hospital after the deranged Sheila pumped a bullet into her as well!

Wood, who is quickly approaching the due date for her third child, has been logging hours filming the front-burner storyline and even giving interviews about the ‘twists and turns’ still to come for Steffy.

The dynamo has also revealed she’ll keep on trucking at the soap right up until she’s ready to give birth, so who can blame her for taking her moments of solitude where she finds them when she has a little down time?

It’s clear that one of her favorite ways to feed her soul is to spend time snuggling with her adorable little boys — and that’s exactly what she is doing in a beautiful shot she shared on social media and captioned, “Wolf pack.”

Another amazing way to recharge is to get outside, and for Wood, that’s definitely the case. Take a look at the mama-to-be in a stunning photo that captures her burgeoning baby bump while in nature, aka, her “happy place.”

Read what Brad Bell teased is ahead for Steffy and let us know what you’d like to see (or not see!) for the character down the road.

Check out the newly-expanded soap stars and their kids gallery below.

<p>The<em> Days of Our Lives</em> have gone by like minutes for Lucas’ portrayer. Photographed here in 2005, son Gabe, from his first marriage (to Jessica Denay), now has a son of his own.</p>

<p>In 2014, lil’ Delila, with the actor’s second wife Elizabeth Cameron, was added to the family portrait.</p>

<p>In this shot from 2011, Gavin — aka the son of the <em>Bold & Beautiful</em> knockout who plays Donna — shows us just how enviably easily he can touch his toes. Kid, we haven’t even <em>seen</em> ours in years!</p>

<p>After being snapped at the Hollywood Christmas Parade Supporting Marine Toys for Tots in 2022, the actress <a href="https://www.instagram.com/p/CljbUG4Jgck/" target="_blank">joked via Instagram</a> that the instance was the rarest of rarities. “We threw a parade,” she joked, “in order for me to get a photo with my daughter,” Sadie.</p>

<p>The actress, Kate to <em>Days of Our Lives</em> fans, turned the 2011 Daytime Emmys into a girls night out with Milli Kate, one of her three children with makeup-artist husband Nicky Schillace. A decade after this, the soap MVP was reunited with her firstborn son. They’d been “lost to each other for nearly a lifetime,” she said. (<a href="https://soaps.sheknows.com/days-of-our-lives/news/613844/days-of-our-lives-lauren-koslow-reunites-long-lost-son/" target="_blank">Read their story here.</a>)</p>

<p>In 1994, just five years into his epic run as Jack on <em>The Young and the Restless</em>, the Emmy winner was snapped with wife Mariellen and their children, Connor and Clare.</p>

<p>They had a point. Two, it appears. But since this photo of the <em>Passions</em> alum who plays <em>Young & Restless</em> baddie Jeremy and son James was taken all the way back in 2007, we may never know what either of those points were.</p>

<p>Hunter, seen here with his late dad in 2007, hasn’t gone into showbiz like the much-missed soap vet who played <em>Young & Restless</em>’ Abbott family patriarch, John; instead, the now-grown youngster has become a real-estate investor.</p>

<p>The actor behind <em>Bold & Beautiful</em> pot-stirrer Deacon put his honey where his mouth was, planting a kiss on the cheek of his baby girl Simone during a 2009 father/daughter outing.</p>

<p><em>Bold & Beautiful</em> is the perfect description for the family of Finn and Caitlin’s portrayers, shot here in 2021 with their firstborn, daughter Poppy. On second thought, maybe “shot” was a poor choice of words, considering the way Steffy’s husband was “killed.”</p>

<p>In 2016, the <em>Days of Our Lives</em> legend and son Jack Daggenhurst (from her second marriage) pitched in at the L.A. Mission. Missing from this shot: Alfonso’s firstborn, son Gino Macauley. He’s in the next photo, though, from 2006…</p>

<p>Aww. Look at Hope’s portrayer giving Gino that adoring look that we’ve all gotten at one time or another from our moms in those blissful instances when they’ve totally forgotten how many times they’ve had to send us to our rooms or ground us!</p>

<p><em>Bold & Beautiful</em> perfectly describes the young women who are near and dear to Quinn’s former portrayer: Pictured here during a 2017 visit to the set are daughter Avalon, with second husband Stanford Bookstaver; Meghann, the daughter of first husband Wally Kurth (Ned to her Lois on <em>General Hospital</em> back in the day); and daughter Rosabel, with Kurth.</p>

<p>Oh, these two were more than <em>Friends</em>, they were family. The <em>Days of Our Lives</em> icon, who played Victor, was the father of Hollywood superstar Jennifer Aniston, with whom he’s pictured here in 2012. He also had a son, Alexander, with his second wife, Sherry Rooney, whom he met when they were castmates on <em>Love of Life.</em></p>