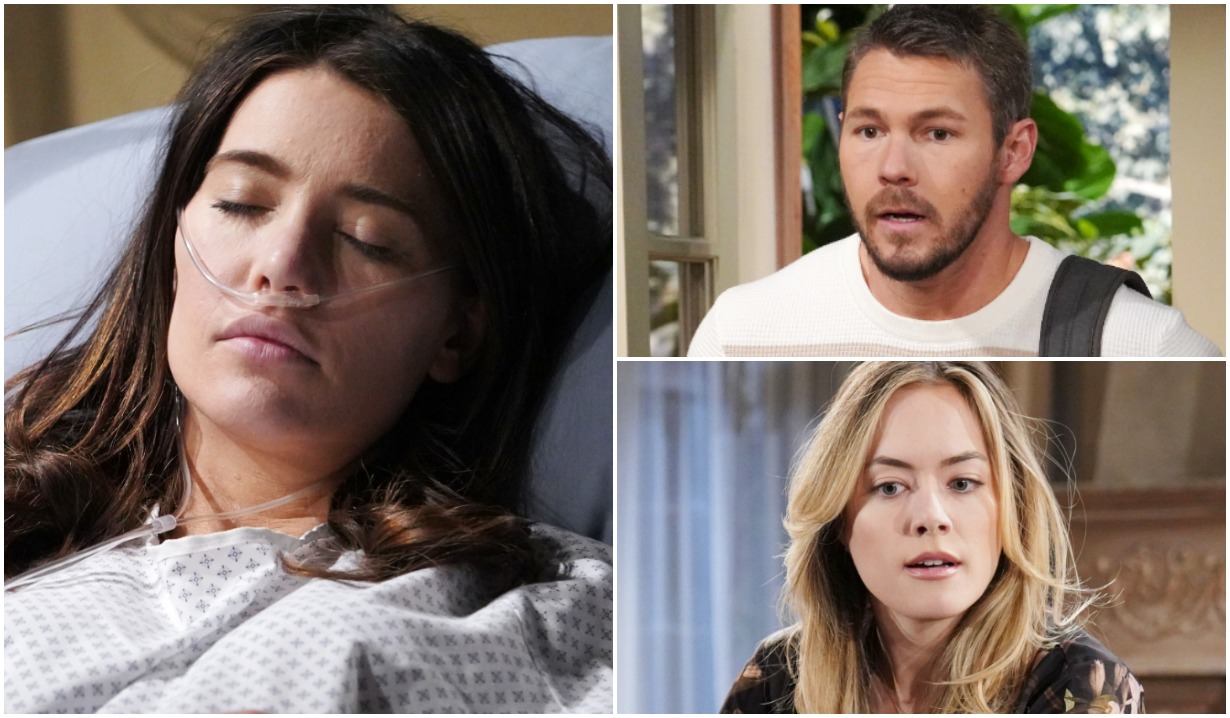 How many babies until she’s satisfied?

With Sheila unravelling, Finn gone and Steffy in a coma on The Bold and the Beautiful, we kind of feel like we’re about to get a new horror franchise handed to us here. And no, it has nothing to do with the murderous nurse who comes to Los Angeles every few years to get trigger happy. Though that would be a good one.

More: Is Deacon about to be next?

Instead, it revolves around Hope, Stealer of Children! Or, as the viewers put it on our message boards: The Baby Collector! Actually, one person referred to her as the Doll Collector, so maybe we should go with something along the lines of Offspring of the Slut from the Valley of the Doll Collector? OK, that’s a bit cumbersome, but we’ll come up with the perfect title yet. This horror franchise will have every parent who so much as catches a cold trembling in their seats.

The point is, now that Finn’s dead and Steffy looks like she may be out for at least the foreseeable future, someone’s going to have to look after little Kelly and Hayes. And with Hope’s track record, that may just be her!

“Wait til Hope finds out about Steffy,” WalkingDeadFan wrote. “She’ll be over trying to collect another baby. I’m hoping Ridge, Taylor and Thomas don’t let her. They also have Amelia, so no Hope, we don’t need you.”

Temptress said the kids should stay home where they can be together. “Liam can camp out on the couch if he wants to,” she noted, “and he can bring his family there. But the Doll Collector isn’t bringing Kelly to their home.”

Amusing? Yes. But fair? Eh, in the daytime world, what is fair, really? Yes, Steffy raised Beth first as Phoebe, but she is Hope’s daughter, stolen by Reese upon birth. So no one can fault Hope for collecting that baby, at least.

Douglas, though… that’s another matter. 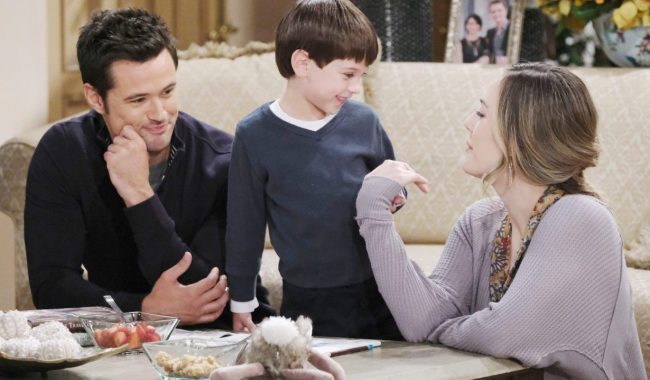 “Soon you’ll have another brother and sister, Douglas! Isn’t that exciting?”

Convincing Thomas to sign over shared custody of the kid when she thought her ex was too unstable to be a father was a bit much. Or was it? It kind of made sense at the time that Hope would look after Douglas, seeing as how Thomas was the one who mentally and emotionally abused and manipulated them both to view each other as mommy and son.

But two people married for a hot minute sharing custody is a bit odd. Hope could have looked after Douglas until someone in Thomas’ actual family took temporary custody or something. But the case was made, the papers were signed and Douglas got to keep his new mommy.

And if that happened, a case could also be made for Hope looking after, well, at least one of Steffy’s kids. And it’s a bit stronger than the Douglas angle. Kelly is Liam’s daughter and Beth’s half sister.

“Kelly has two parents and two homes with siblings in both,” plumb04 pointed out. “If Steffy is unable to care for Kelly, Liam should have her. Liam, Hope, Beth and Douglas are her family too.”

Whoa, whoa, let’s not get too carried away with Douglas. Didn’t we just talk about how odd that situation is? Actually, wait, he is Kelly’s cousin, so that is true. And if Hope (sorry, Liam) is collecting one of the babies, why not bring the other along? It would be cruel to split them up. Why raise two kids when you could raise four?

RynK5366, though, struck a bit of a balance, suggesting Kelly and Hayes should be looked after in their own home by Ridge and Taylor seeing as how they were both living there right now. “Kelly and Hayes are going to need a lot of support,” they wrote, “personally I don’t think uprooting them from their home is the best idea.” However, “do I think Liam and Hope should be seeing Kelly more often with Beth and Douglas? Absolutely. Like I said, the kids need all the support they can get right now.” 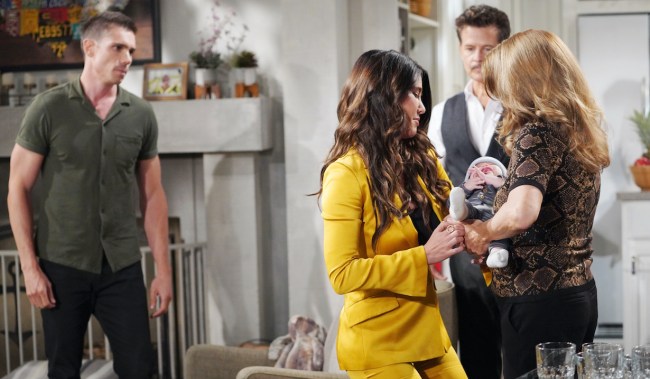 One thing we do know is that Sheila will not be looking after anyone’s kids! (At least, we hope not.)

And if Steffy’s just going to be incapacitated for a brief time, that might make the most sense. Ridge and Taylor have already raised two healthy(ish), (slightly) well-adjusted children. Give or take an unbalanced son.

But since when has doing what makes sense stopped anyone on Bold & Beautiful? They do what they want, logic be damned! What do you think? Is Hope going to make a swipe at Kelly and Hayes? Should Liam be the one to step in to look after his own daughter? Sound off below!

Check out the gallery below to trace Hope’s life on Bold & Beautiful through the years! 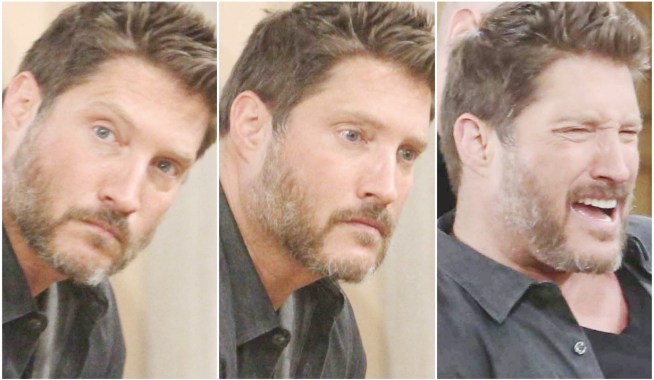 The Shocking Bold & Beautiful Twist That Destroyed Steffy's Life — and Ended Finn's! — May *Also* Have Something Devastating in Store for Deacon 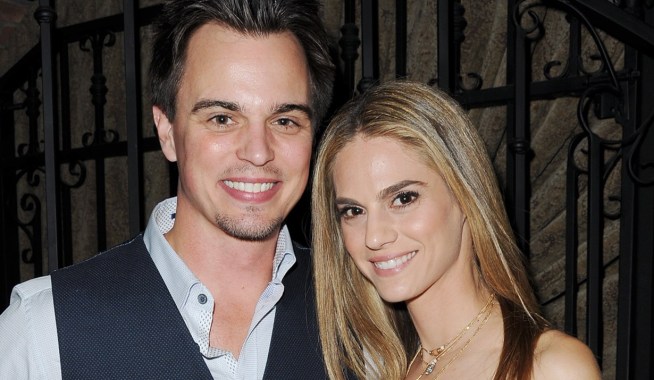