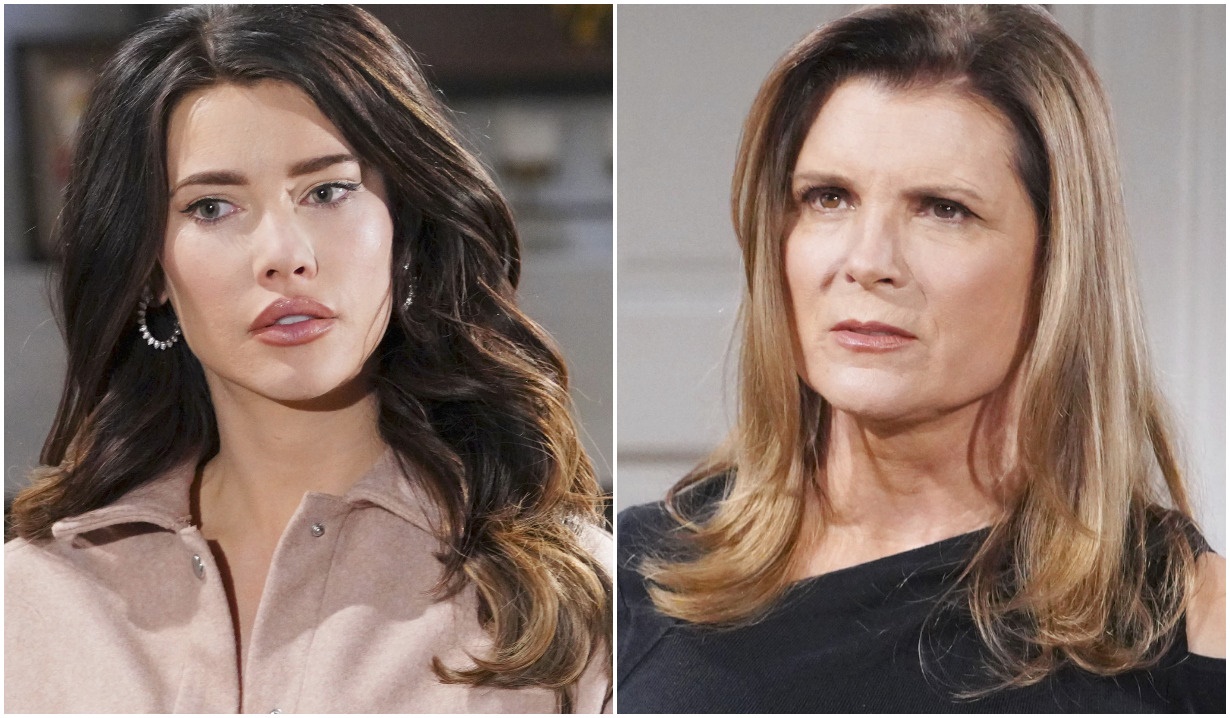 As the confrontation between Finn’s wife and mother escalates, things could very quickly turn deadly.

As is wont to happen on Bold & Beautiful, when a couple gets a sudden episode full of romance, lovemaking, looking back on fond memories and anticipating the brilliant future they have together, the most seasoned viewers may feel a sense of, well, foreboding…

And that’s exactly what happened when Steffy and Finn enjoyed a little time to themselves in the bedroom, followed by a session of flashing back through their love story and talk of spending the rest of their lives making one another happy. Why, you might ask?

Well, we’ve learned that this is sometimes what happens before something very, very bad occurs on a soap opera. The calm before the storm, if you will. Talk of the future that you suddenly fear won’t come to pass, etc.

Of course, it didn’t help that we’re all on pins and needles awaiting the show-changing shocker producer Casey Kasprzyk has teased will soon go down, and the clock is ticking.

But the thing the really gave us pause was that the happy interlude between Finn and Steffy was immediately followed by the Forrester spitfire showing up at his mother’s hotel room to confront her. His mom, of course, being among the top psychos in all of daytime.

Sheila initially thought the visit from her daughter-in-law was a sign of a closer relationship ahead, but very quickly realized she was sorely mistaken as Steffy laid into her about trying to get in good with Taylor and taking suspicious meetings with her brother Thomas in alleyways. 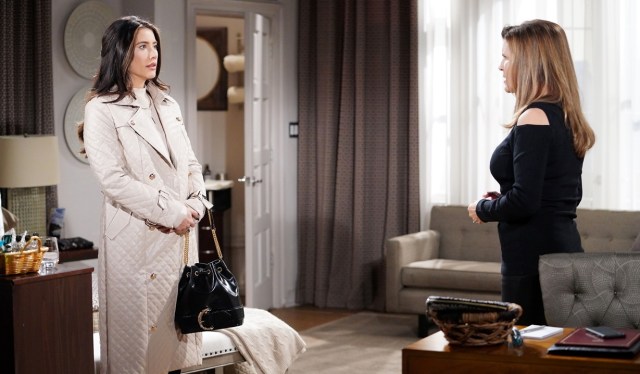 We fear this won’t end well.

We really winced when things escalated, and Steffy hollered at Sheila to stay away from Taylor and Thomas and informed her that she would — gasp! — never be a part of the Forrester family. Which, of course, is Sheila’s main objective.

We all know what happened to Brooke when she made a similar declaration… and she didn’t even truly have the power to keep it from happening, while Steffy most certainly does. She’s the gatekeeper, if you will, who stands between Sheila and what she covets most — a relationship with her son and grandson, Finn and Hayes.

More: The story that’s begging to be told for Brooke

The fact is, if this confrontation comes to a head, it could turn deadly for one of the women. If Finn loses Steffy he certainly loses the beautiful future he has envisioned, but if his wife is responsible for the death of this mother it could also spell “the end” for the pair.

Sheila’s death would be the end of an era on Bold & Beautiful, but Steffy’s death would mark the second loss of a child for Taylor and Ridge after Steffy’s twin, Phoebe, died years ago and would be utterly devastating and even more shocking! What do you think will happen? Is one of them a goner, or is the show pulling a fast one and killing off [Spoiler]? (Read that theory here.)

Don’t miss Steffy and Finn’s love story in the photo gallery below. 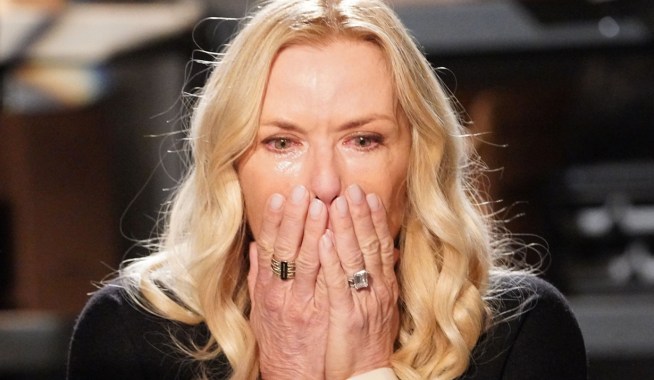 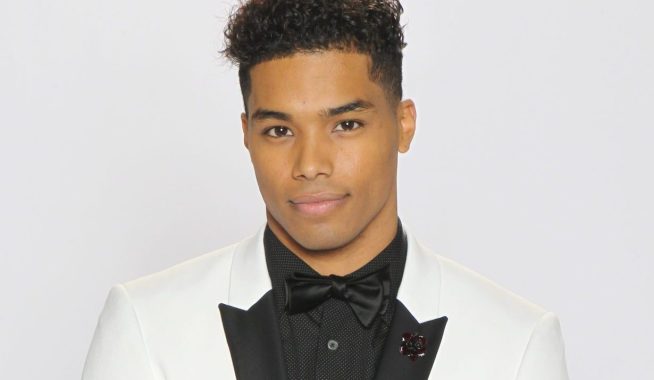