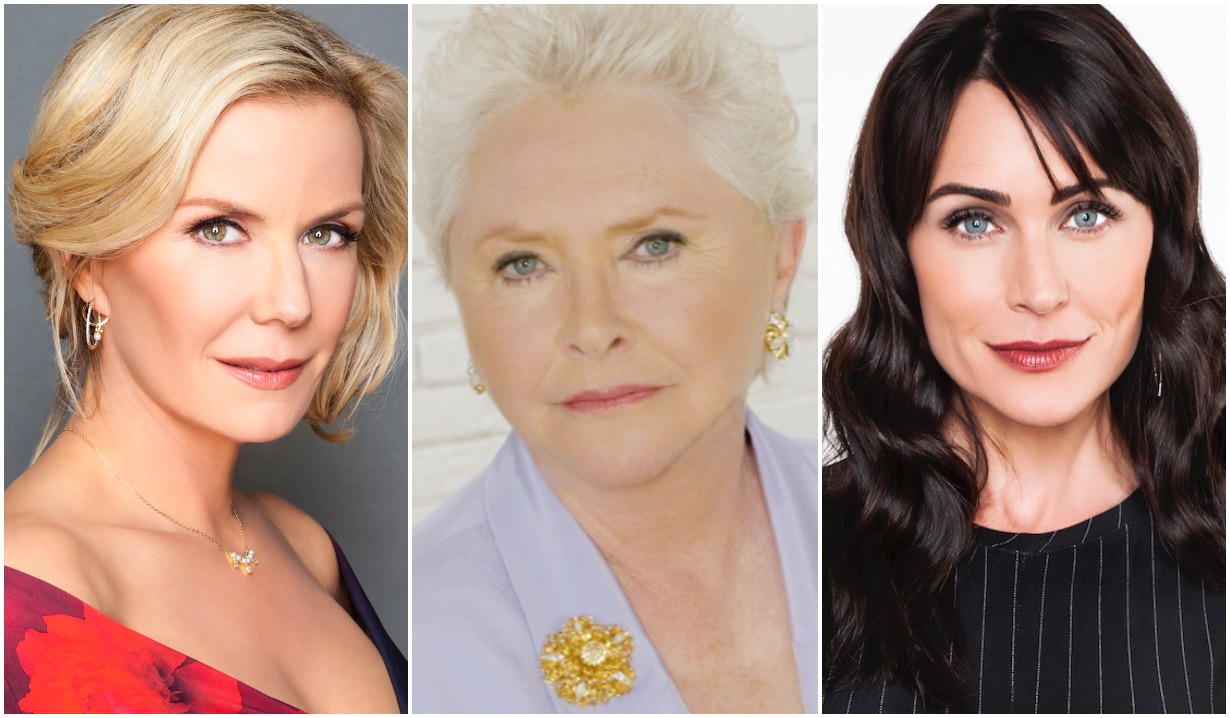 Seeing the queen bee again, in a way, stung.

Ahead of its 35th anniversary, The Bold and the Beautiful gave fans a treat on March 22… but it was one that was also kind of a trick. By showing us the incomparable Susan Flannery in action as Stephanie Forrester again, the soap accidentally reminded us that…

Hey, wait a minute. No one has stepped into that role on the show.

Obviously, there could never be another Stephanie. She was a one-of-a-kind character, a wrecking ball of a grownup mean girl whose insults were sharper than the pins on her brooches. But somebody should have begun acting as the show’s matriarch.

Maya would have been a fine choice, given that, like Stephanie, she could be both nasty and nice. Alas, Bold & Beautiful pushed its one trans character so far back on the back burner that she fell off the stove. 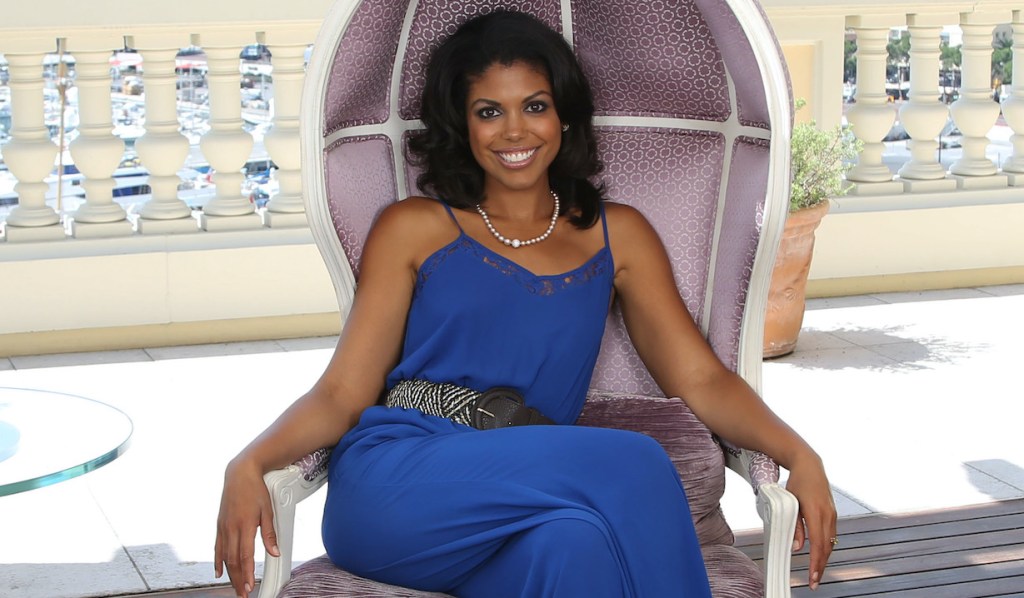 Maya looked right at home on a throne. Or OK, a really big chair.

Quinn was uniquely well-positioned to act as a Stephanie stand-in. Besides sharing the same mellow temperament as a charging rhino — a must for any would-be queen bee — she’s married to Eric, the only accessory that La Stephanie ever loved as much as her brooches. Unfortunately, though she’s the rare character that’s as slap-happy as her predecessor, she hasn’t had an actual storyline since ending her affair with Carter. 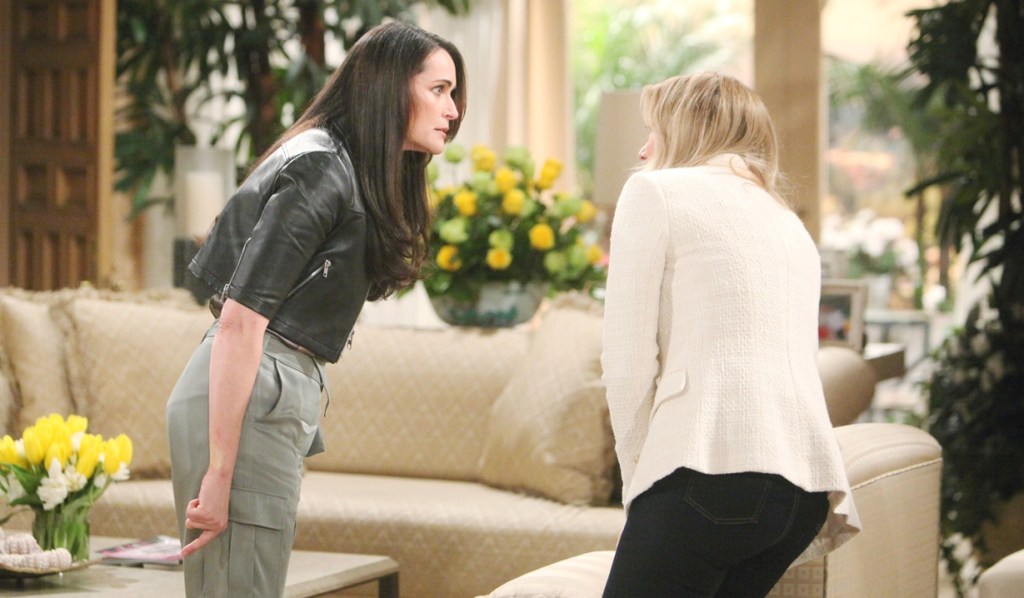 “‘Hit Me With Your Best Shot’ is Pat Benatar’s best song. Case closed!”

Then there’s Brooke. And yeah, it would be ironic as hell if the Slut From the Valley picked up where her longtime detractor left off. But Brooke is every bit as judgmental as Stephanie ever was. She gives as good as she gets in a fight. And it’s pretty hilarious, isn’t it, to imagine Stephanie rolling over in her grave at the prospect of the woman who slept her way through the Forrester men inspiring the same fear and respect that she herself once did.

Drop your pick to “replace” Stephanie, as best anyone could, in a comment below. And check out the below photo gallery of the soap’s all-time best characters. 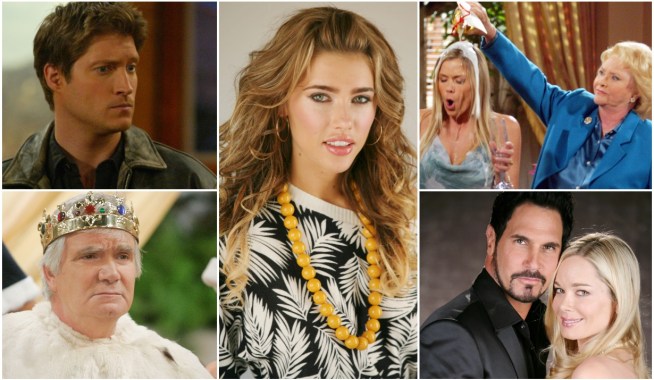 Bold & Beautiful Exclusive: As Winsor Harmon Returns, the Time Just May Be Right for a Brooke/Thorne Reunion Since 'They're Sort of Perfect Together' 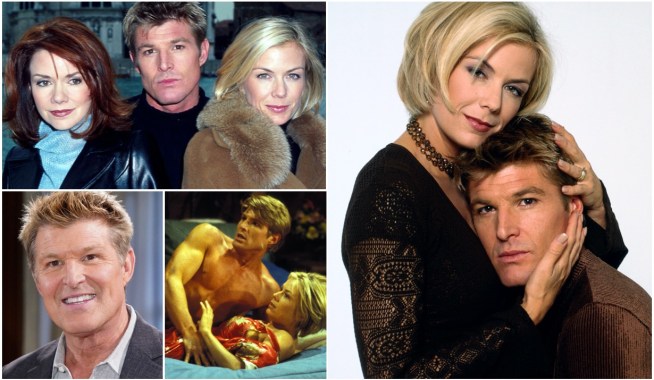