Bold & Beautiful Has Built a Spectacular Mystery Around Ridge That Nope, We Just Can’t Solve… Can You? 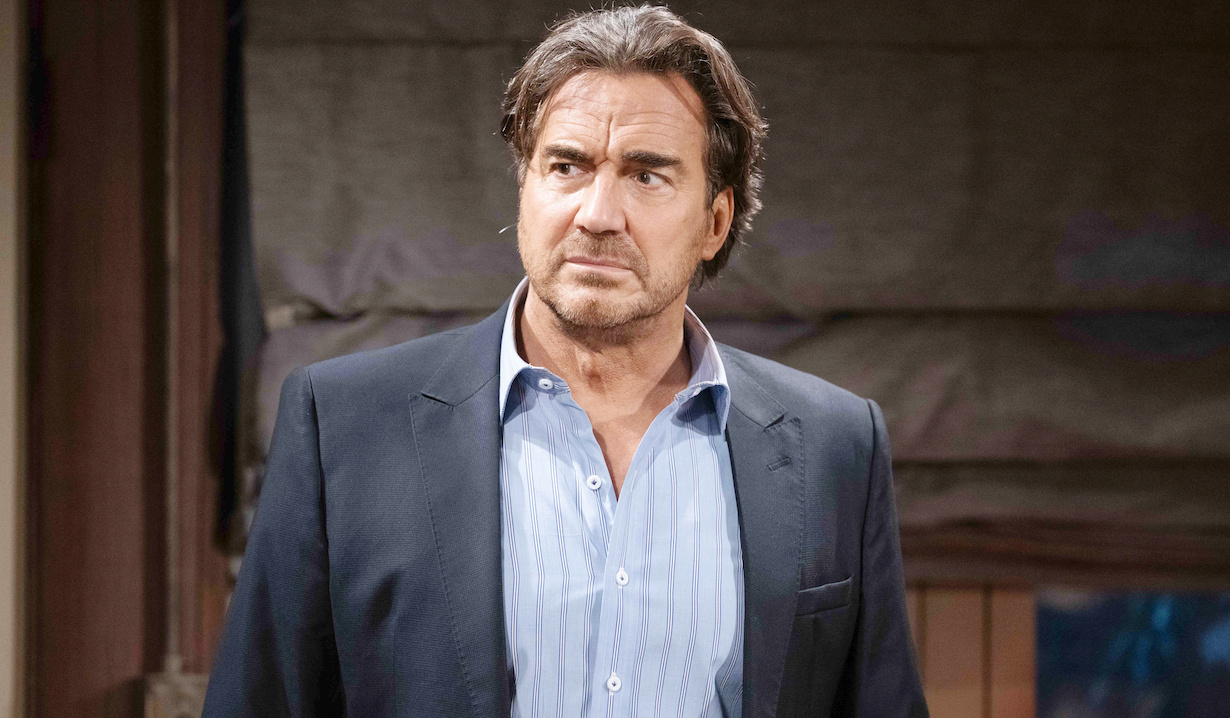 As we watched recent episodes, we became more and more confused.

We’re not sure if The Bold and the Beautiful meant to build a mystery around Ridge, but it’s done just that in a big way. At the heart of it: Aside from the looks and the charm — which we’ll admit, thanks to Thorsten Kaye, are considerable — why would any woman want this man?

As the story of Deacon’s return to L.A. began to unspool, Ridge first went all controlling and cave man on Brooke, insisting that she banish her babydaddy from her life. He had a point, of course; Deacon has always been bad news. But if Ridge is wearing a halo at all, it’s a badly tarnished one. No one who’s watched the show for more than a year or two needs us to rehash for them his litany of sins. 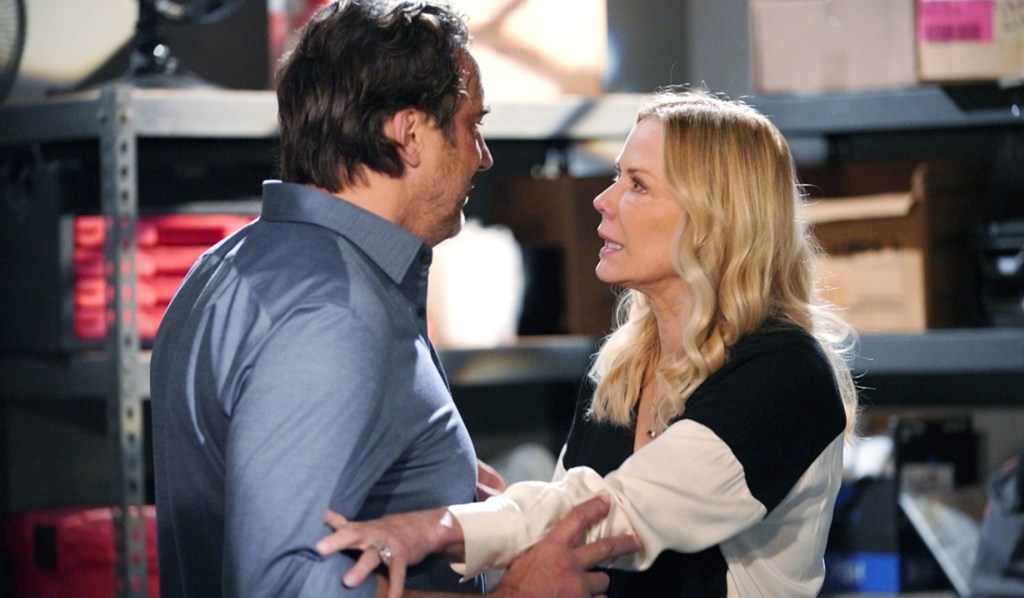 Then there was Ridge’s reaction to Deacongate. Over and over, he promised Brooke that they could get through anything together. And as soon as an actual “thing” occurred, he bailed in dramatic fashion. What woman wants a man whose vows mean so little? We’ve placed orders at drive-through windows with more commitment than he’s shown!

Next, there was the spectacle of Ridge allowing his grown children to inform him that their mother was the woman with whom he had to be five minutes after he walked out on his latest wife. Can you imagine your dad standing around and letting you dictate his love life — or any part of his life — the way Steffy did Ridge’s? What kind of spineless babyman accepts, much less needs, that kind of handling?

Finally, all but nanoseconds after calling it quits with Brooke, Ridge was making out with his ex, Taylor. So… what? His last marriage meant so little to him? He really is such a hapless child that he needs his kids to parent him? He can’t go a day without a significant other? What does this behavior say about him? We’re mystified, absolutely mystified by the show’s intentions with these developments. 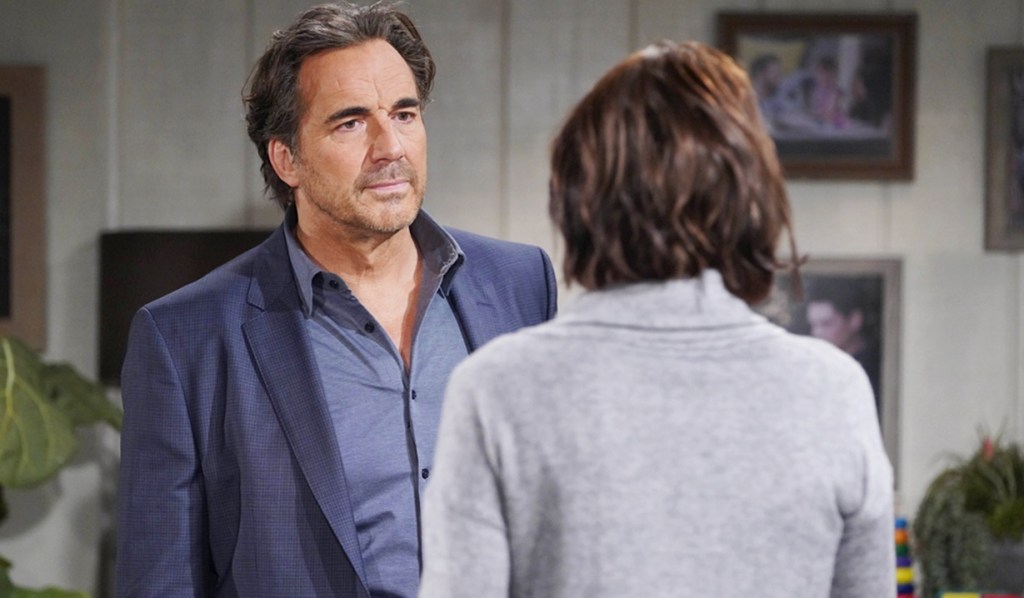 Are we to dislike Ridge as much as we did Brooke when she was inserting herself at every turn into Eric and Quinn’s marriage? Are we to deduce that he is suffering from the sort of amnesia that makes him forget all the times he and Brooke have hurt one another before, only to reunite? (We have a photo gallery that could help him there.) Are we to sigh and shake our heads at the fact that he has the emotional maturity of an impulsive tween?

What do you think, Bold & Beautiful fans? Answer in the comments, and on your way, stop off at the below photo album, a collection of reminders to Taylor that no… just no… he’s not that into you. 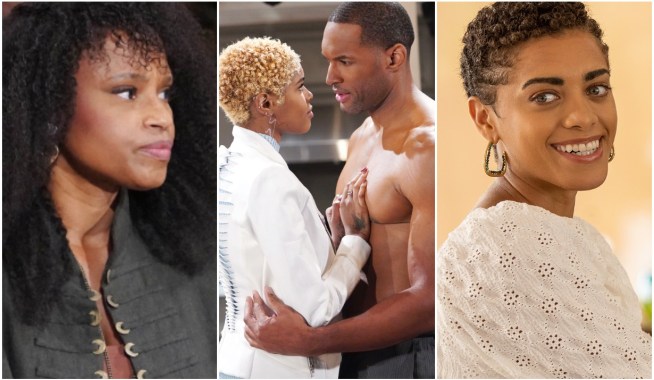 As Bold & Beautiful Alum Kiara Barnes Shares Back-to-Work Photos, the Stage Is *Perfectly* Set to Bring Zoe Back to L.A.: ‘She Will Not Make That Mistake Again,’ Says Mom’s Portrayer

Bold & Beautiful's Krista Allen Reaches Out to a Troubled Fan With Better Advice Than Taylor Would Ever Give: ‘Don’t Let Anyone Mess With Your Feelings’ 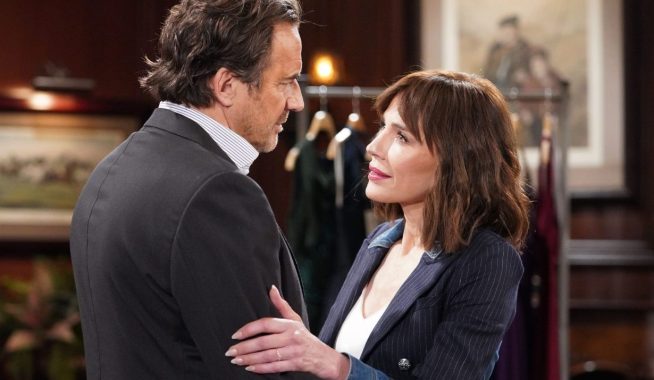