As Bold & Beautiful’s Taylor Falls Back Into a Bad, Bad, So *Very* Bad Old Habit, We Have Terrible News for Her Not gonna lie. As sweetly played as the scene was, as slickly as The Bold and the Beautiful handles its capital B, capital M Big Moments, all we could think as Taylor reunited with Ridge in the February 18 episode was, “Ack! No, Taylor! No!”

It wasn’t just the speed with which the dressmaker rebounded from suddenly estranged wife Brooke that gave us pause, either. It was the “Wow, will you, like, never learn from your mistakes?” aspect of it all. If Taylor were a friend of ours — and after all these years, let’s be real, we feel like she is — we’d be screaming at her, “Are you freaking crazy? How many times, how many ways does this guy have to break your heart before you get it through your head that you’re not, not, not the one he really wants?”

It’s sad, really. Taylor is gorgeous, brilliant and, as played by Krista Allen, warmer than a fresh-baked batch of crescent rolls. (Side note: Few things are better than crescent rolls.) It’s clear to anyone watching — but apparently not “Tridge” kids Steffy and Thomas — that Mom deserves better than a man who has repeatedly built the pedestal on which he put her with a trap door through which he could jettison her at a moment’s notice.

Tragically, Taylor doesn’t seem to see that any more clearly than her offspring. But, helpful as we can be, we’re here to pry open her eyes with a photo gallery that all too painfully illustrates the way Ridge has categorically chosen Brooke over her. Click on it below if you dare; it won’t be easy, we admit. But the truth is the truth — we oughta be able to bear witness to it even if Taylor can’t! 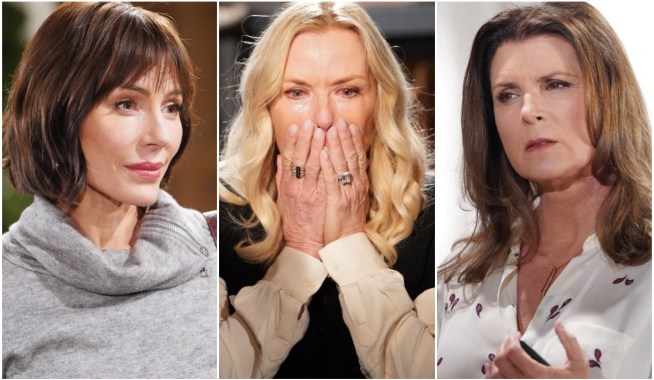 Bold & Beautiful's Finn Had Better Watch His Back Because Steffy's All But Told Him She's Destined to Leave! 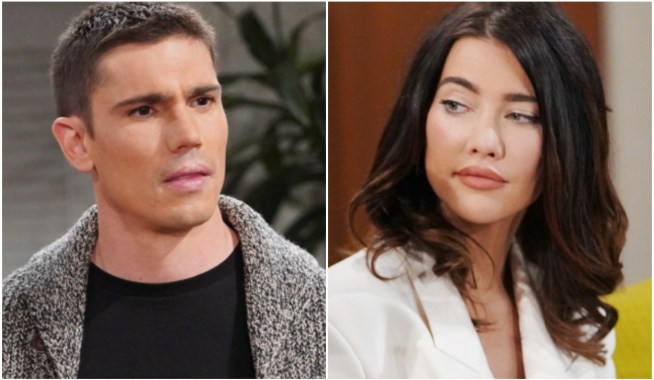