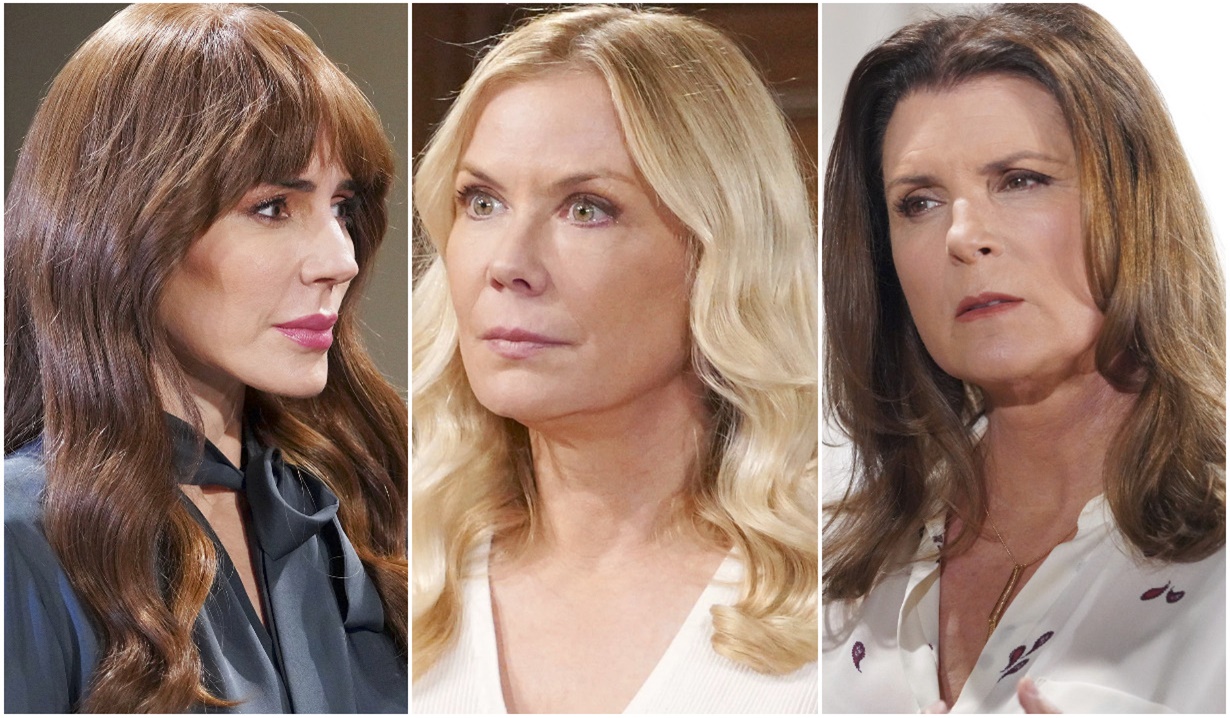 If Sheila dangles the deets about Brooke’s naughty New Year’s – what’s a doc to do?

Bold & Beautiful’s Douglas has been doing a lot of talking about his Grandma Brooke kissing Santa Claus, and while not everyone has put the pieces together just yet, it’s only a matter of time before everyone knows that Brooke made out with Deacon on New Year’s Eve. The question is, with Sheila on a mission to find out what happened that night, will she discover the truth in time to turn it to her advantage before it’s common knowledge? And if so, how will she go about it?

With Sheila having overheard Steffy and Taylor discussing the doc’s undying love for Ridge, it’s a no-brainer that she’ll see incriminating information about Brooke as a means to further ingratiate herself with Finn’s mother-in-law. 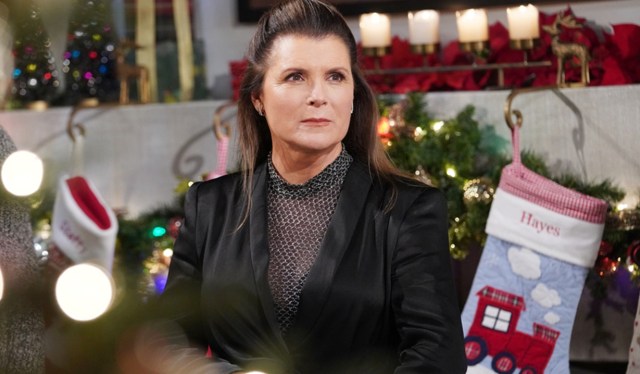 What if Sheila were to offer Taylor information that could end Brooke and Ridge’s marriage in return for the doc’s endorsement when it comes to spending time with Finn and Hayes? Would Tay-Tay be tempted? The scenario would be win/win/win for Sheila, who would not only “destroy” Brooke as she so fondly desires, but would score points with Taylor and get to see her son and grandson. She would also be doing her pal Deacon a solid, as it may provide an opening for him to swoop in and pick up the pieces when Brooke’s life falls apart. 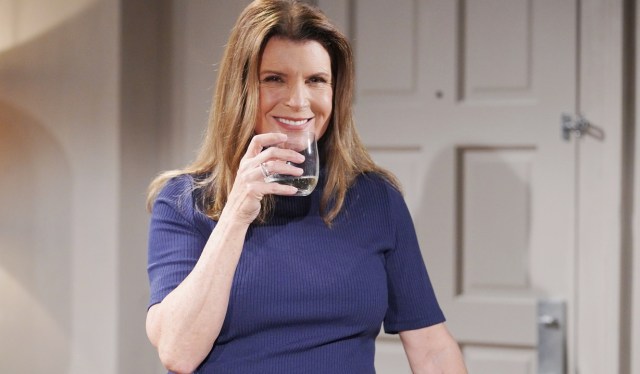 Sheila will be devilishly happy if she gets the dirt on Brooke.

It’s a stretch to think that Taylor would go to the dark side and accept Sheila’s offer given how saintly she’s been since she returned from her work overseas, but such a twist would certainly be a culmination of all of Brooke’s worst fears – losing Ridge to Taylor amid another scandal with Deacon and Sheila worming her way back into the family.

However the truth about Brooke and Deacon’s naughty New Year’s comes out, it’s a foregone conclusion that Ridge will leave her. After all, he once left her and moved overseas in a huff after she accepted a text from the con. Not only has Brooke betrayed him by kissing another man again, but it’s another man he loathes, and she kept it a secret even as he was praising her for being honest. Oof. 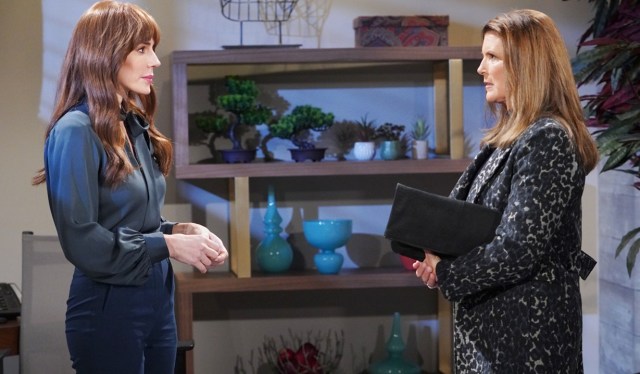 With Taylor back in Los Angeles and Steffy and Thomas doing the full-court press on getting their parents back together, it’s a veritable certainty that Ridge would fall back into his ex-wife’s arms almost immediately.

As for Taylor’s portrayer Krista Allen, she’s having fun with the evolving dynamic between her alter-ego and Sheila, as evidenced in this hilarious Twitter exchange she had with a fan and the “Sheila Carter” account (not Kimberlin Brown):

I think you should get to spend more time with Finn. See one big happy family 😬 pic.twitter.com/mePEmFS46I

I agree. … But Taylor has some doubts. 😂

Well as Taylor should have doubts being that I shot her, I think we can eventually be friends or am in some kind of warped dimension where everyone can forgive me. Maybe send Steffy away for a while. I’d appreciate that. I could always kidnap her. You do know my history, right?

Personally, I think Brooke is bad for your mental health.

At this moment she is. She is sticking her nose in MY business with MY family (that never existed until a few months ago, lol) and I started her on a path of destruction. This should free me up for family time and date night with Taylor.

Bold & Beautiful spoilers tell us Sheila will be lurking when Hope and Deacon discuss what happened between him and Brooke on New Year’s. Will she overhear the deets? Will she run to Taylor and make her an offer she can’t refuse? Or will Taylor put it together that Sheila somehow led to Brooke’s downfall and turn on her?

Let us know how you think this Bold & Beautiful drama will play out in the comment section after browsing photos of Taylor and Brooke in Bold & Beautiful’s greatest rivalries gallery below. 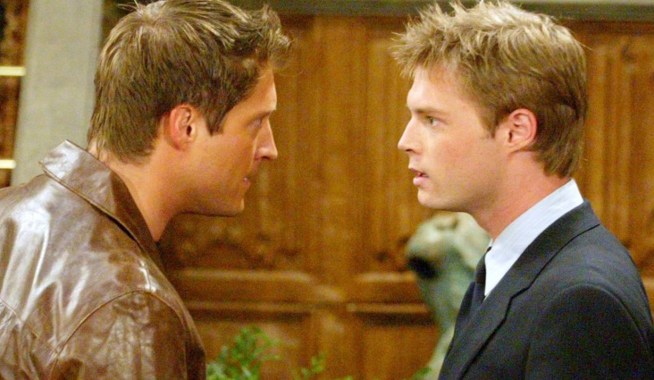 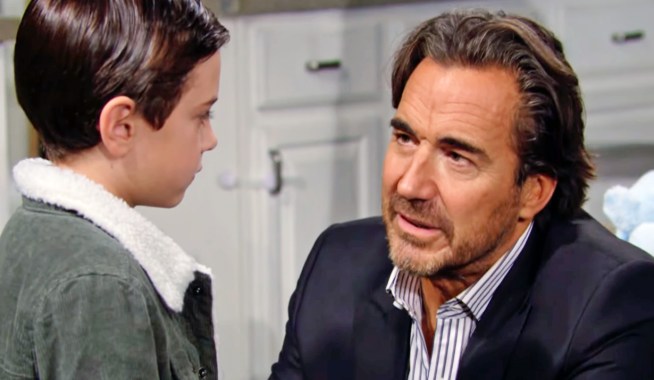