Bold & Beautiful Preview: Brooke Fears Ridge Will Leave Her Should He Learn the Truth — and Steffy and Thomas Continue to Try and Reunite Their Parents 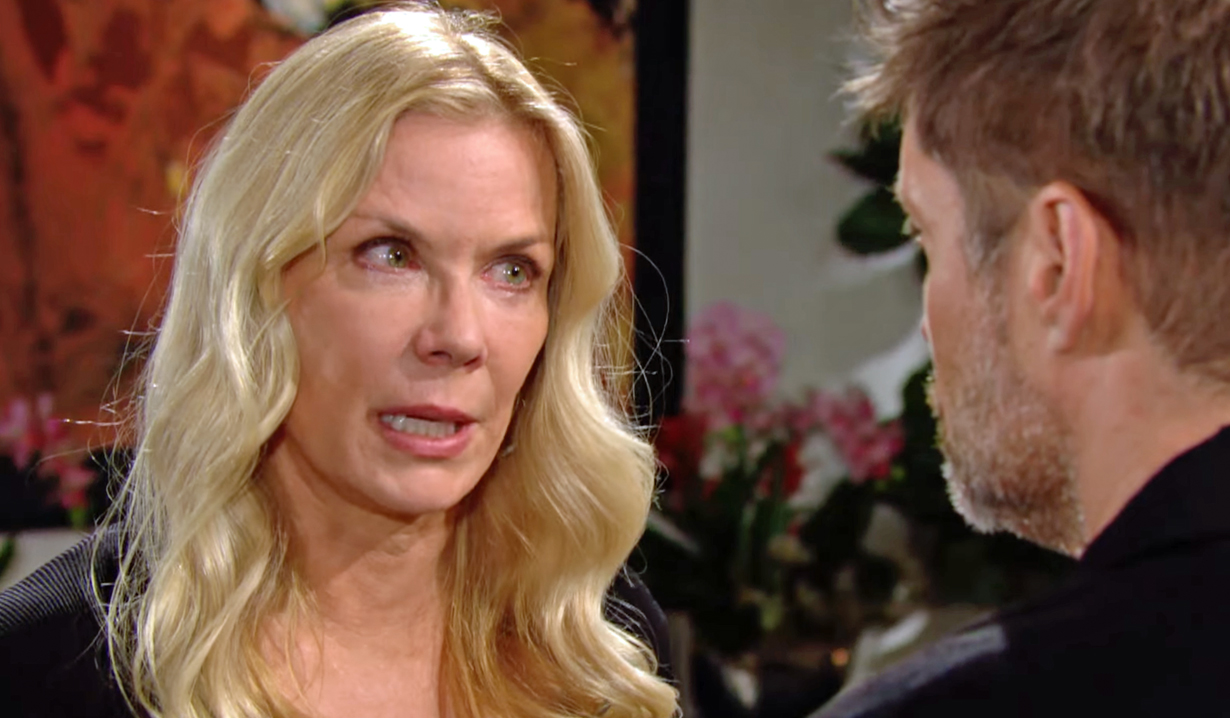 Even grown adults sometimes still wish for their divorced parents to reunite.

In the latest The Bold and the Beautiful preview for the week of January 17 – 21, Ridge has no idea of the trouble brewing around him. Read on for the scoop and watch the teaser video.

After attending an AA meeting, Brooke realized she could never let herself be caught in the same situation again with Deacon that somehow led to her drinking. Meanwhile, Hope warned Taylor and Steffy not to use her mother’s relapse as a way to try and break up Brooke and Ridge. However that’s exactly what Steffy wanted to do, and she pushed her mother to fight for their family.

Steffy and Thomas went to their father to double-team him, warning him that Brooke inviting Deacon into his home was a slap in the face. In the latest preview, Ridge insists to his children that Brooke is his wife and nothing with change that. However Steffy and Thomas don’t see things that way, and neither does Sheila, who is still trying to figure out exactly what happened on New Year’s Eve.

As Ridge remains proud of Brooke for owning her mistake and coming clean, he unknowingly lays on the guilt. Ridge tells her that her honesty makes him want to be a better person for her! If Ridge only knew…

To compound Brooke’s guilty conscience and issues, Deacon confronts Brooke and tells her that he loves her, he never stopped, and he can’t get their kiss out of his head. She reminds him that he is to never come to the house again, and fears if Ridge ever finds out what they did then he’ll leave her. That’s probably a safe bet given their history.

Also, next week, don’t miss The Talk’s Akbar Gbajabiamila as he makes his soap guest star debut on The Bold and the Beautiful. Also be sure to tune in to see Thorsten Kaye (Ridge) and Lawrence Saint-Victor (Carter) when they appear on The Talk on Monday, January 17.