Bold & Beautiful Preview: Sheila Continues Her Plot to Prove Herself a Changed Woman — as Brooke Tries to Figure out Why She Drank Again 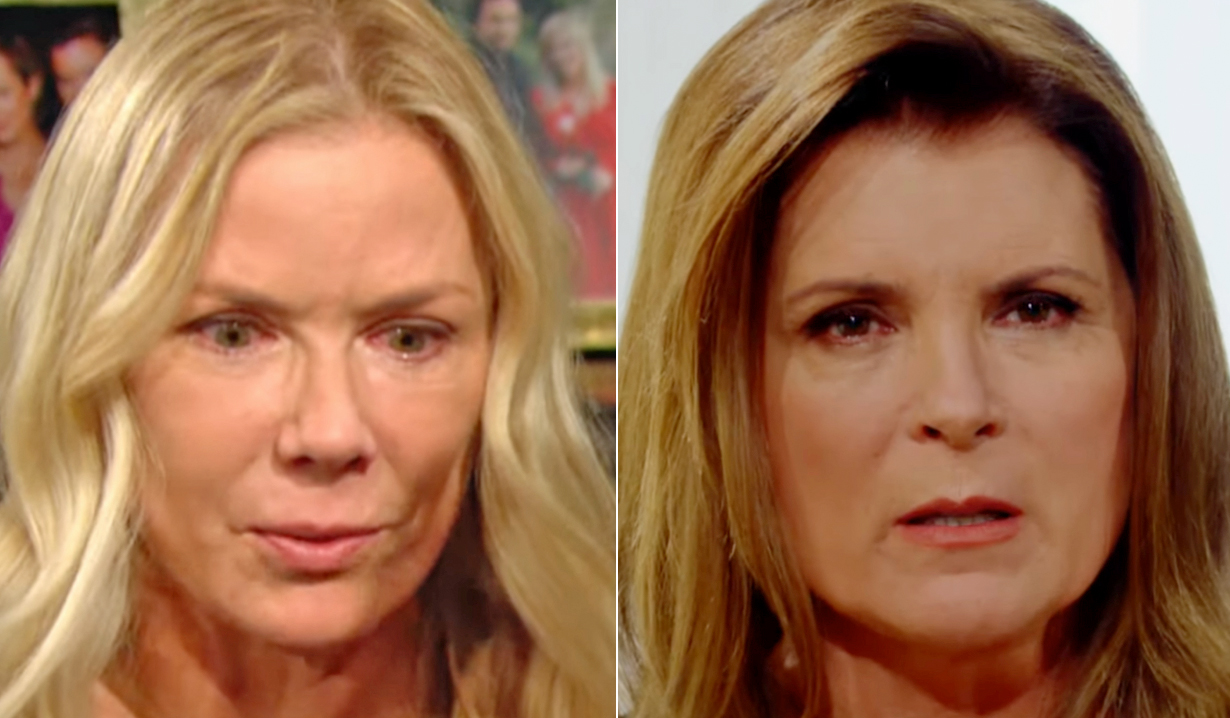 Can Sheila win Taylor over to her side?

In the latest The Bold and the Beautiful preview for the week of January 10 -14, Sheila is embracing change in 2022, even if it’s a facade. Read on for the scoop and watch the teaser video.

After finally returning home and missing New Year’s Eve with his family, Ridge began to realize something was bothering Brooke. She finally broke down and confessed to drinking, but admitted she didn’t know why. For some reason her non-alcoholic champagne had her wanting the real thing, and she turned to vodka. She still has no idea that Sheila tampered with her much-touted, “It tastes like the real thing,” beverage of choice.

Brooke and Deacon swore to keep what happened between them a secret. Later Hope was floored when her mother did an about-face concerning Deacon, disinviting him into their home. Ridge was sure Deacon had something to do with Brooke’s slip-up, though Hope defended her father.

Sheila meanwhile continued to insist to Taylor that she was a changed woman, though Taylor told her she’d have to do the work to prove that to others. Ridge however wasn’t buying what Sheila was selling and warned Taylor not to trust the woman who once shot her. You would think Taylor would know better!

In the latest teaser, Deacon insists to Brooke that they kissed for a reason. However, Brooke knows why and tells him, “We were drunk!” As Brooke continues to try and unravel the mystery of why she drank, Sheila wonders when Brooke will learn to stop pushing her.

Meanwhile, little Douglas has been going around telling everyone he saw grandma kissing Santa Claus. Liam tried to insist to the boy he had the lyrics to the song wrong, and it’s mommy who kisses Santa Claus. How long before Douglas tells the wrong person what he saw, and what are the odds that it will be Sheila he tells? Of course, he could also tattle to Thomas or Steffy, and should they figure it out, both would be more than happy to fill their father in. The siblings continue to hold out hope that Ridge will open his eyes to Brooke and realize he could have a happier life with Taylor.

As we wait to find out how Sheila’s revenge scheme unfolds, watch a second promo all about the man, the myth and the legend that is Deacon Sharpe!