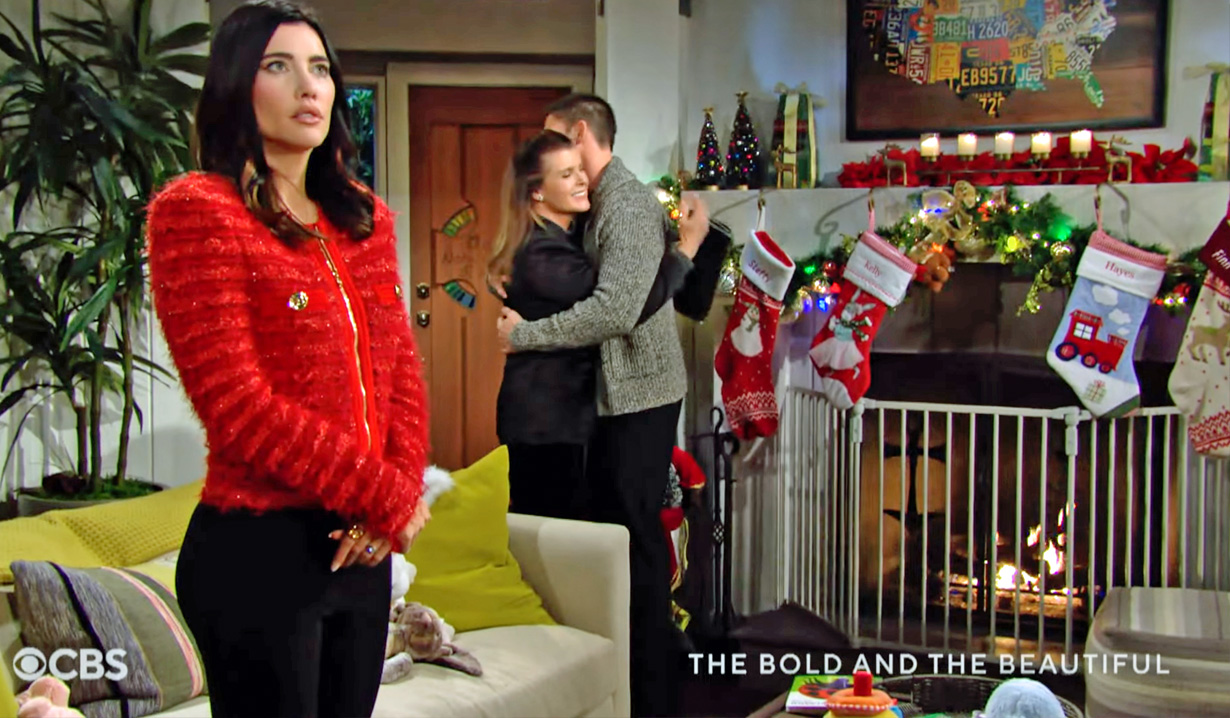 Not everyone may have a merry little Christmas this year.

In the latest The Bold and the Beautiful preview for the week of December 20 – 24, families gather to celebrate Christmas, but not everyone is holly and jolly. Read on for the scoop and watch the teaser video.

After their marriage almost didn’t survive, Quinn and Eric find themselves in a good place as the year comes to an end, even sharing a kiss under the mistletoe.

Taylor’s return definitely rubbed Brooke the wrong way, especially after Ridge told her that Taylor may be back for good. Meanwhile, Steffy admitted to her mother that Deacon’s presence was putting a strain on Brooke and Ridge’s marriage, and she hoped her mom could talk to Brooke. In the preview, Taylor advises Brooke to keep her friends close, and her enemies closer.

Deacon continued to grow closer to Hope while keeping his eyes on the prize, a reunion with Brooke. When he arrived to give Hope, and Brooke, karate lessons, Ridge lost it and accused Deacon of going after his wife, and told Brooke to wake up and realize Deacon was playing her. As Sheila and Deacon continue to keep one another company for the holidays, he warns her that she’s libel to get a stocking full of coal with her attitude.

And as the big day arrives, Hope tries to guess what’s in a present, and Thomas is excited to open gifts. Meanwhile, Steffy is left putting up with her monster-in-law as Finn embraces Sheila. She can’t believe Finn let the psychopath her children. Is this a nightmare, or has Sheila received a Christmas miracle?

Read the Bold & Beautiful spoilers to find out more about how the Forresters spend Christmas. And with the holidays here, check out our photo gallery of soapy Christmas photos.

The Bold and the Beautiful's Krista...