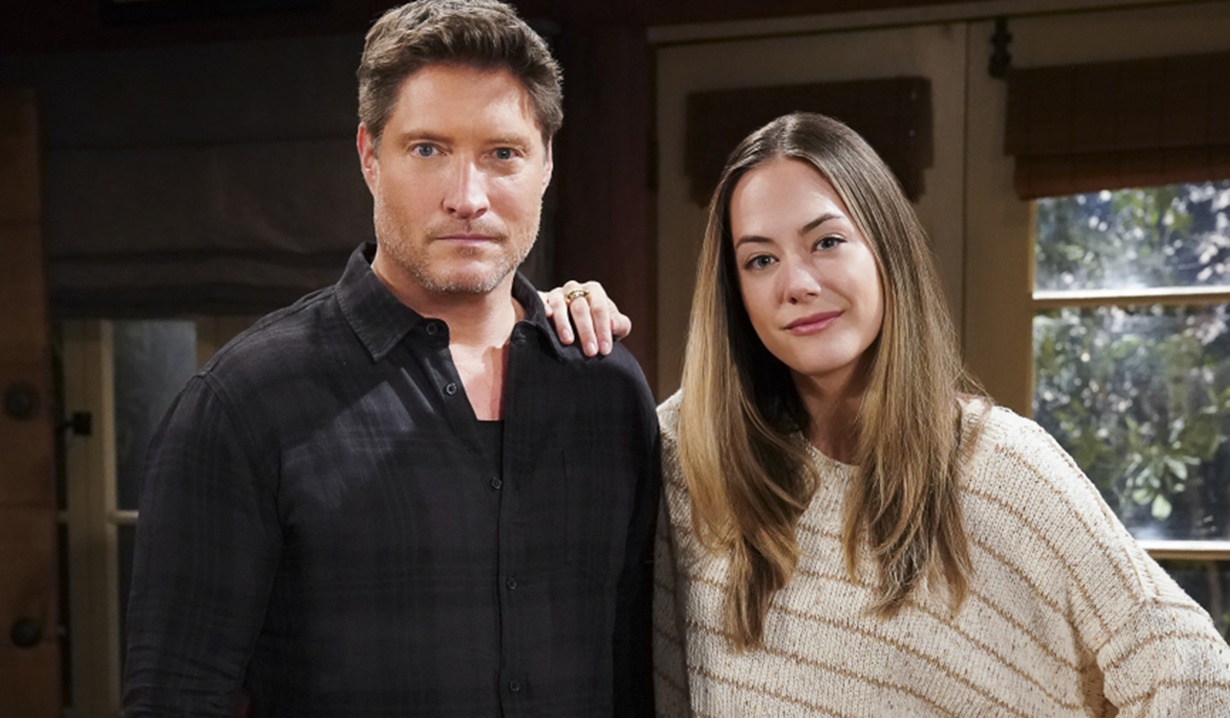 “She is the very best of him, and he sees her as a path to his redemption.”

From the moment he walked back into Los Angeles, The Bold and the Beautiful‘s Deacon has insisted he’s a changed man. And for the better this time, believe it or not. He’s been trying to build a genuine relationship with Hope, even as he cozies up to her mother and The One That Got Away, Brooke.

More: Carter and Quinn may not be that over

Of course, since Brooke is already happily married to Ridge, Deacon’s “I’ve changed” protestations are ringing just a tad hollow. Because we should probably amend our previous statement to “Brooke was happily married.” Deacon’s done a decent job of driving a wedge between the two with his own scheming and his growing closeness with Hope.

So you can forgive us and, well, pretty much everyone, for wondering whether Deacon’s really trying to build a relationship with Hope or is just using her to get to Brooke. The guy’s got a track record that’s shadier than a beach full of umbrella’s during a heat wave.

But when asked just this question during his live-tweeting of Bold & Beautiful, portrayer Sean Kanan wasted absolutely no time in rushing to Deacon’s defense.

“Deacon absolutely loves Hope,” he insisted. “She is definitely not a means to an end with Brooke.”

Deacon absolutely loves Hope. She is the very best part of him and he sees it as a path to his redemption. She is definitely not a means to earn end with Brooke. https://t.co/PLNYPLvrLS

Okay, fair enough. We withdraw the question. And if he does see Hope as a way to redeem himself, then we guess he really is serious about being a better man. But palling around with the likes of Sheila and slowly prying Ridge and Brooke apart probably doesn’t mean he’s a good man. Though anything’s better than the guy who made his new teenage-bride’s family listen to the two of them have sex on the phone, so kudos to Deacon for trying!

He may never shave off all of his creep qualities, but Deacon’s still a family man, through and through (when he’s not in jail). And if Kanan had his way, Deacon would really lean into his family. When one fan mentioned his other kid, Kanan said it would be “amazing to have Deacon interact with Little D.” (Wherever he may be.)

It would be absolutely amazing to have Deacon interact with Little D. https://t.co/Nri6ME5144

More: Krista Allen reacts to reviews of her debut

And when another fan mentioned actually seeing Deacon interact with his grandkids, rather than just hearing about it, the actor was all in.

So maybe a reunion with Brooke would just be a way to strengthen the family he seems to actually want and give Hope the family she never really had? Or maybe he’s just hot for Ridge’s wife. Either way, you do you, Deacon. So far your track record has been pretty abysmal, so there’s no way to go but up. And before you head out, why not refresh your memory on just how terrible he’s been and check out some photos of the wild, sleazy life that Deacon’s led so far?