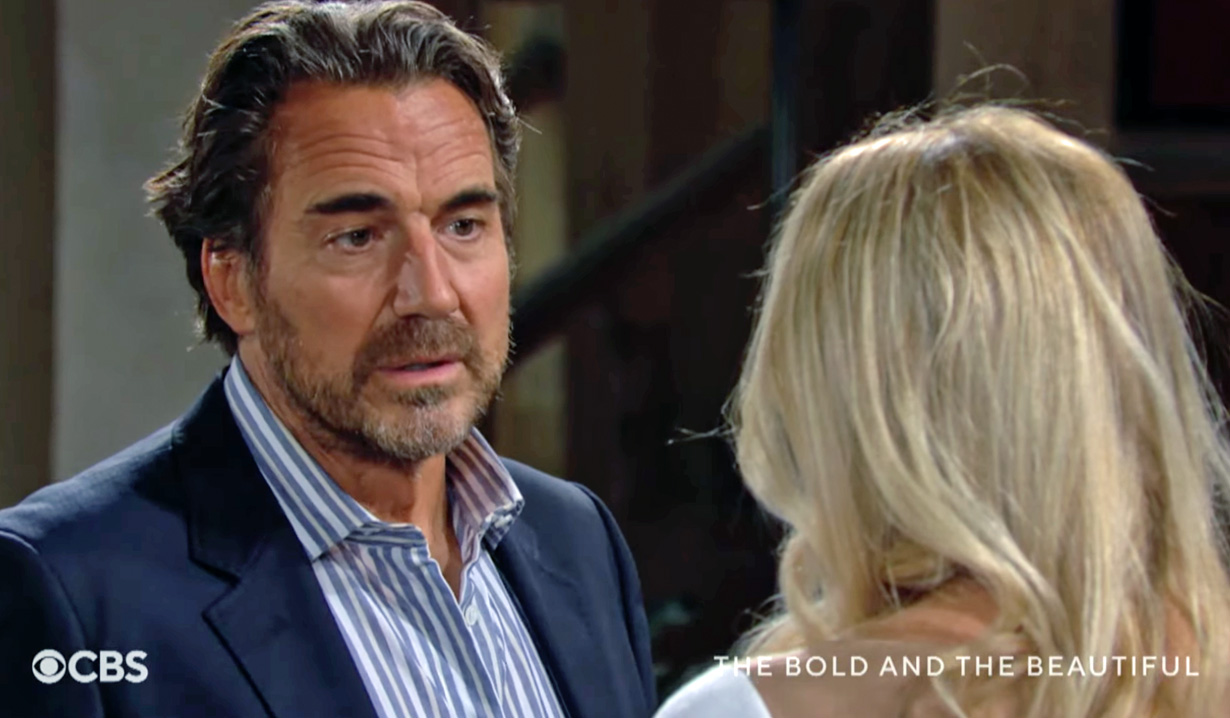 Ridge fears Deacon is getting to both Brooke and Hope.

In the latest The Bold and the Beautiful preview for the week of December 6 – 10, Ridge tries to get through to Brooke. Read on for the scoop and watch the teaser video.

As Hope continued to put her faith in Deacon, others such as Liam and Steffy continued to worry what his presence would mean for all of them, especially their kids. Ridge was equally as concerned about the fact that Deacon had not only gotten into Hope’s head but Brooke’s as well. Ridge made a bold move in ordering Hope off his property and out of the guest house, as she and her family were not welcomed as long as she insisted on having Deacon stay there. At the same time, Brooke told Deacon that he was welcomed in their home!

In a preview for what is to come, Ridge assures Steffy and Thomas that Brooke knows exactly who Deacon is. Oh, she knows who he is all right, and has begun to remember the passion they once shared. Meanwhile, Sheila, who is already cooking up a scheme to throw Ridge and Steffy off-kilter, is stunned by Deacon’s latest revelation. You can see she’s trying to contain her laughter as she realizes Deacon really thinks he has a chance with Brooke. Crazier things have happened!

Ridge really begins to worry when he realizes that Brooke is also seeing Deacon as a changed man. Brooke doesn’t want her daughter’s babydaddy to come between them, but Ridge fears someone is going to be hurt by Deacon. That someone could be Ridge, and Deacon lets Sheila know there is trouble in paradise. We have to wonder how Sheila will use this rift to her own advantage?

Read the Bold & Beautiful spoilers to find out who Liam gets advice from. And before you go, check out the below photo gallery, a new and improved collection of images of soap stars and their real-life lookalikes.

The Forbidden Passion That Reignites...