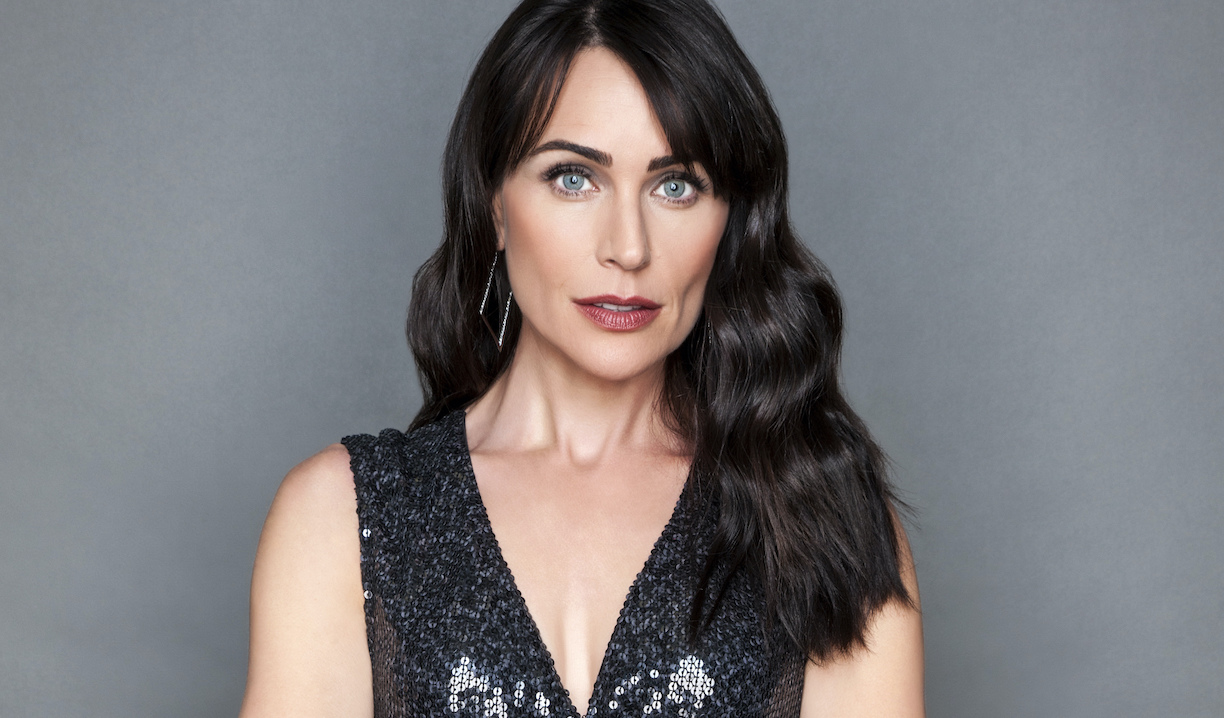 You think you’re ready to peek, don’t you? Spoiler alert: You are not ready.

“So today is my birthday! Yay!” Rena Sofer began her December 2 Instagram post. “I’m 53 today, and my favorite part of birthdays and Mother’s Day are the hand-made cards my daughters give to me every year.

“Avalon always does the most incredible Photoshop cards that are timely and hilarious,” she added. “And Rosabel loves to draw things that make me laugh till I pee in my pants.”

With that, the Bold & Beautiful leading lady revealed what she had been given by her girls. In the first image — your eyes are already bulging, aren’t they? — her daughter with director Sanford Bookstaver has superimposed her face on an image of Great Pottery Throw Down judge Keith Brymer Jones. “I really hope [he] does not take offense to this card and sees it as what it is,” said Sofer. In other words, “an homage to a brilliant ceramicist and potter who may look amazing in lipstick and mascara.

“The second one is of Princess,” continued Quinn’s portrayer, referencing a pretty amazing likeness done of a four-legged family member by Rosabel, Sofer’s daughter with former Wally Kurth (opposite whose Ned she played Lois on General Hospital in the ’90s). “I added a pic of her so you can see how good the resemblance is!”

In closing, the actress expressed her gratitude. “Thank you all so much for all the amazing birthday wishes,” she wrote. “And for those of you inspired by my love of dogs and rescues and fostering, thank you for doing something in that honor.”

Oh, and if you were wondering how Jones reacted to seeing Sofer’s face in place of his… he cracked up to the point that he was speechless.

On your way to the comments to send your birthday greetings to Sofer, stop off at the below photo gallery, which pull back the curtain on soap stars and their real-life lookalikes.

On a Poignant Anniversary, Bold &...