The Bold and the Beautiful Has Done the Impossible With — and to! — Katie, and We Just Don’t Get It 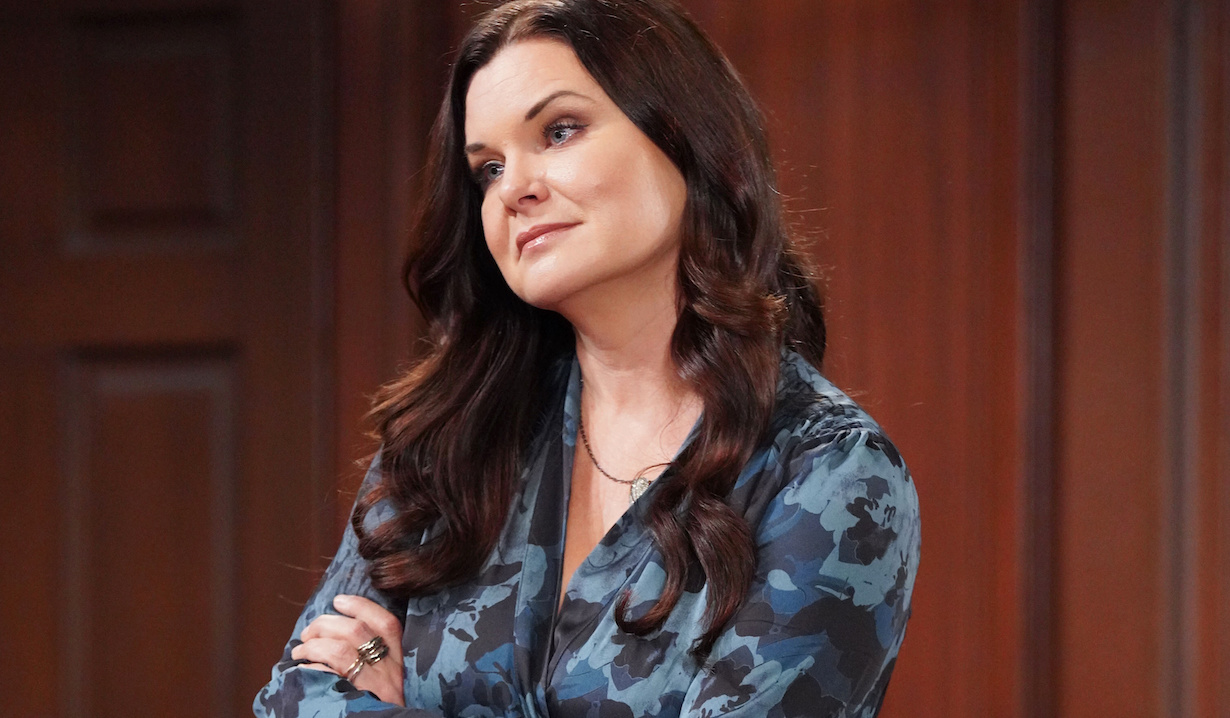 Is it OK to dislike the character now? Are we supposed to? ’Cause sad to say, we kinda do.

Watching the September 20 episode of The Bold and the Beautiful, we were at first confused. Katie invited herself over to Eric’s mansion, then proceeded to interrupt his evening with insults about his wife and questions that she had no business asking. We didn’t get it. Why didn’t he just explain to her that the door works not only as an entrance but also as an exit and show her out?

“I probably shouldn’t say this,” she began, then muted the little voice in the back of her head telling her to zip it. “But I don’t get how you allowed Quinn to come back into this house and your life.”

Instead of note that that wasn’t something that she or anyone but he needed to “get” and demonstrate how easy it is to operate a doorknob, Eric let Katie go on and on — and we do mean “on and on” — about what a wonderful, kind, forgiving, amazing, terrific, legendary saint he is. Late wife Stephanie, as much as she loved him, might have a slightly different perspective on the womanizer. But that’s beside the point… 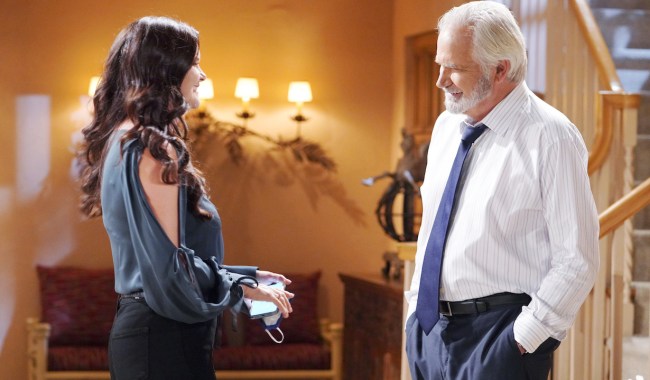 Above: “So you really just stopped by to trash-talk my wife? Were there no good movies playing?”

When Eric insisted that he was not only fine, he was happy, Katie — ignoring the fact that she was spending her evening rebranding herself as the nosy Gladys Kravitz of the West Coast — expressed disbelief. “Here you are, home all by yourself, while Quinn is out for the night,” she marveled. “I mean, where the hell is she?”

“She went to NOYDB,” we were dying for Eric to reply.

“NOYDB?” Katie would have had to ask.

“Yeah,” we wanted him to say. “None of your damn business!”

Of course, Eric, being the wonderful, kind, forgiving, amazing, terrific, legendary saint that he is, he didn’t say that. So on Katie charged. “I would think that [Quinn] was on a girls night out, but she doesn’t have any friends,” she said, dipping into material that she must have been saving for a roast. “I mean, she’s pretty much alienated everyone around her, you included, or so I thought.”

Rather than point out that, um, Katie doesn’t actually have any friends, either, unless you count her sisters — and at least Quinn has Shauna — Eric again let the insult train keep right on rolling. “She married well above herself,” noted the Valley girl who “I do’d” her way into the megabucks Spencer family. And not for nothing, but Quinn was already a successful jewelry designer when she met Eric. Has Katie ever had a job, much less a career, that wasn’t handed to her by a family member? Didn’t think so. 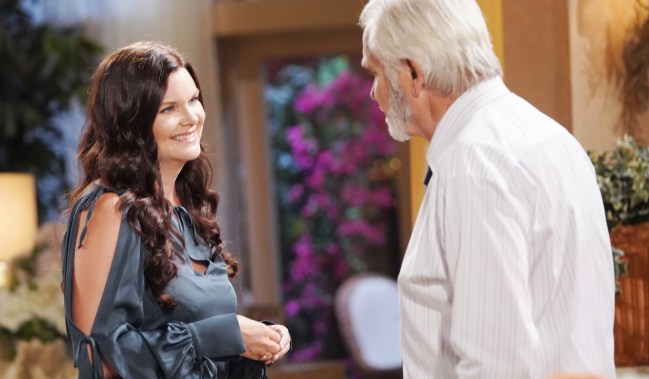 Above: “Have I gone too far? But I’m just getting warmed up!”

More: The *real* threat to Eric and Quinn’s marriage

For reasons we may never understand, Eric took it upon himself to volunteer that he wasn’t the perfect husband to Quinn, that he was letting her down in some way that dangled like a question mark in the air. “I understand if you don’t want to talk about this and it makes you uncomfortable,” said Katie… who then demonstrated that either she didn’t actually understand or she didn’t care that it made Eric uncomfortable by asking whether he was satisfying Quinn sexually.

No, Katie. Just. No. Eric insisted that he knew Katie had his best interests at heart when she interrupted and ruined his night, but we are not the wonderful, kind, forgiving, amazing, terrific, legendary saint that he is. We think she was being a rude buttinsky with a stunning inability to read the room. Maybe instead of prying into Eric’s life, Katie should get one of her own. What say you, Bold & Beautiful fans? On your way to the comments, stop off at the below photo gallery, a vivid reminder of when Katie actually did have a life of her own! 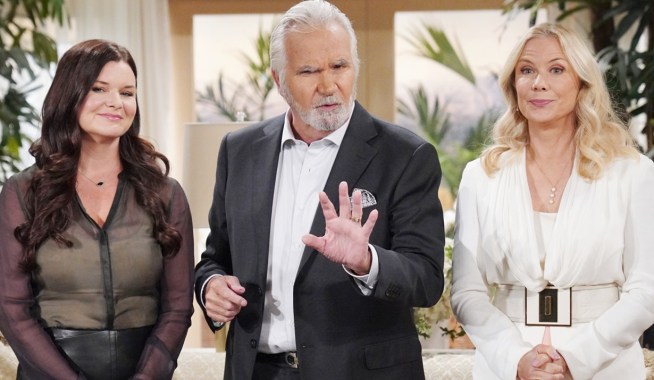 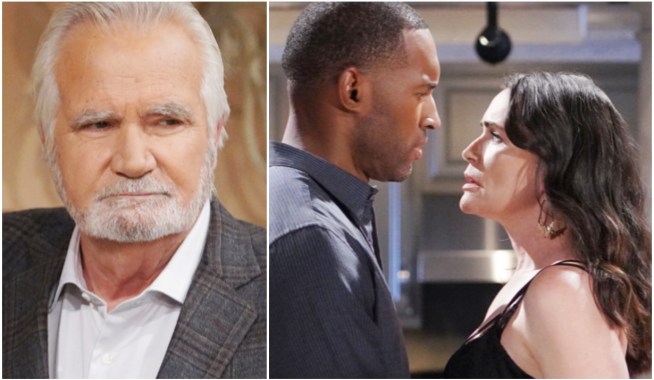