The Bold and the Beautiful Casting: Kimberly Matula is the New Hope! 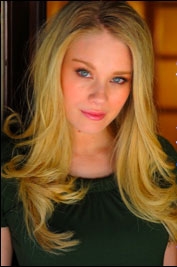 Deacon and Brooke’s daughter Hope is getting SORASed in the form of Kimberly Matula.

The decision to age the character was explained in a statement from B&B‘s executive producer/head writer Bradley P. Bell. “Aging the character of ‘Hope’ to a teenager allows us to bring the next generation of ‘Logans’ to the forefront, as well as play a broader range of the ‘Forrester’ vs. ‘Logan’ story. ‘Hope’s’ presence at Forrester Creations, as well as in ‘Brooke’ and ‘Ridge’s’ home, sparks an intense competition between ‘Hope’ and her step-sister ‘Steffy’ as well as creates new conflict between long-time rivals ‘Brooke’ and ‘Taylor’ as each woman is determined to protect her own daughter.”

Kimberly Matula hails from Fort Worth, Texas and landed this gig just ten months after moving to Los Angeles to pursue a career in acting. She has previously been seen in the Lifetime made for TV movie, “Queen Sized” and guest-starred on the CBS series, “How I Met Your Mother.”

The older Hope will first air on January 11, 2010. Can her siblings be far behind? Tell Soaps.com what you think about the aging of Hope.