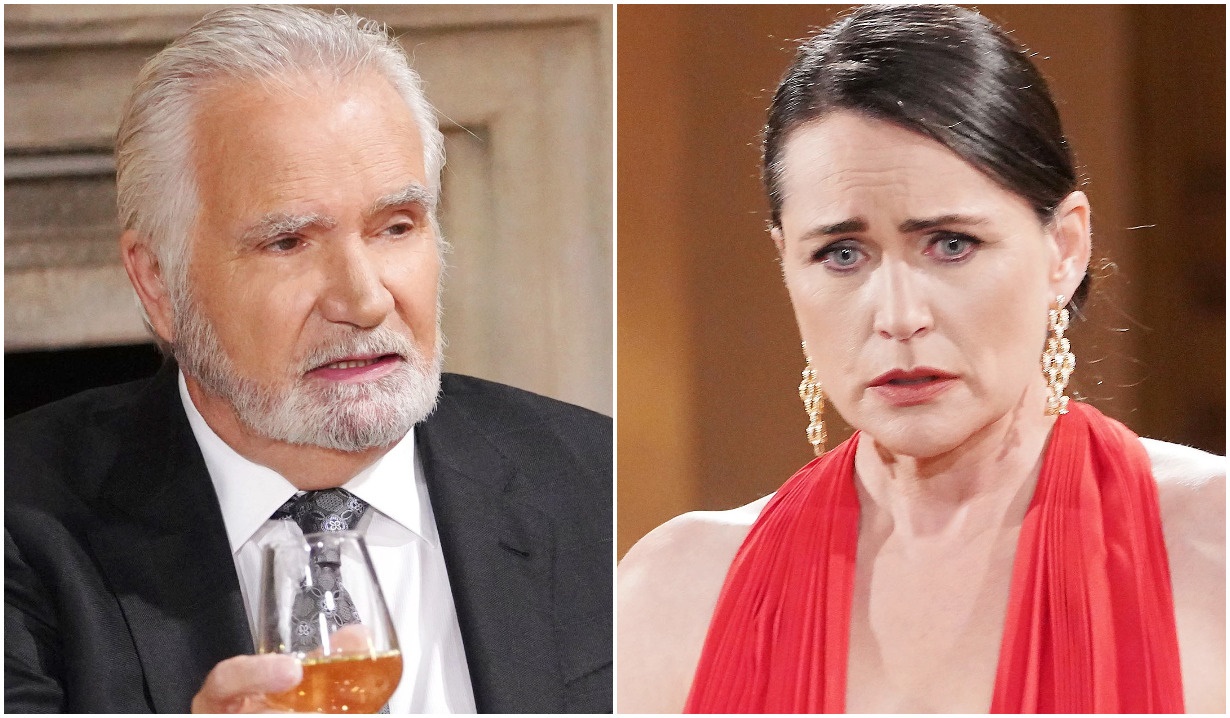 The elder Forrester’s realization may make an already complicated situation a total boondoggle!

This week on Bold & Beautiful, the formidable Logan sisters will get together to discuss Eric’s decision to reunite with Quinn. We already know how Brooke feels about the development, and it’s unlikely that Katie or Donna will be too crazy about the idea either, given that they’re all confused about why he seems to be blaming himself for Quinn having an affair. Of course, they don’t know that he believes he pushed Quinn into Carter’s arms because he was struggling with erectile dysfunction and didn’t tell his wife about it… and he’s not likely to confide in the Logans either.

With Donna having already admitted to Katie that she still has feelings for her former husband, it’s likely that topic will surface with Brooke too (who was also married to him, but no matter, right?). Brooke tends to take the lead when it comes to fixing situations she views as problematic, so it’s easy to imagine her pushing Donna to fight for Eric should she confess that she still loves him. After all, what better way to get rid of Quinn, than to replace her?

Switching gears back to Eric’s issues in the bedroom — and donning our very amateur psychologist hats for a moment — what if the elder Forrester’s problems rising to the occasion, so to speak, are strictly related to Quinn, but he hasn’t realized that yet? Perhaps his difficulties becoming aroused with his wife are subconsciously tied to her disappointing him by reverting to her former manipulative self when she messed with Ridge and Brooke’s marriage. Which would mean it might be possible for Eric to get back that old loving feeling (in the physical sense) with someone else…

Enter Donna, being urged on by her sisters to fight for her man and get Quinn out of his heart and home. It’s no secret that Eric and Donna had a hot and happening sex life… she calls him “Honeybear” for good reason! If Donna makes a play for Eric, who discovers that he’s aroused by her attentions, it will raise (no pun intended) a lot of questions about what will happen next for Donna, Eric, Quinn… and their marriage. Factor in Eric’s recent suggestion that Carter satisfy Quinn sexually since he’s unable to, and you then have a rather complicated foursome! 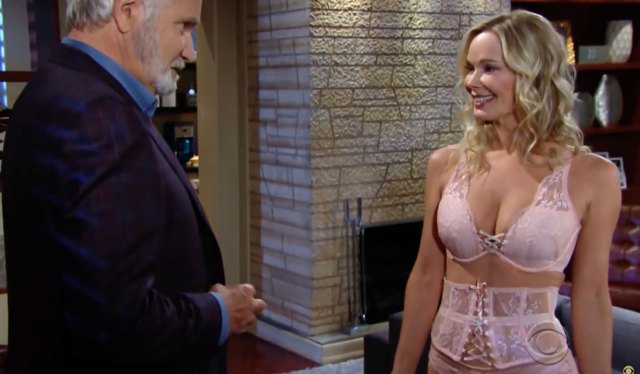 Will Donna fix Eric with the honey?

Do you think Donna will be the one to trigger Eric’s recovery from erectile dysfunction? If so, what will happen to his marriage, and to Quinn and Carter’s relationship? Share your thoughts in the comment section after browsing through photos of Eric and Brooke through the years below. 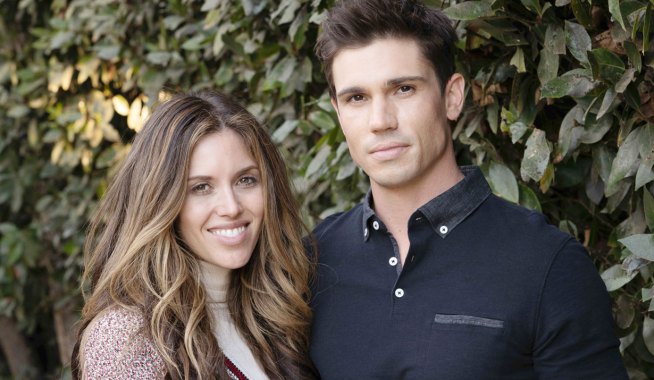 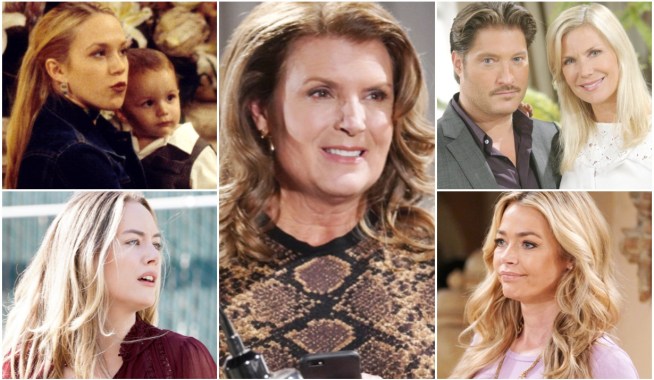