Bold & Beautiful Fans Dub Finn ‘Dr. Dumb’ as He’s Thrown Under the Bus for Sheila Drama: ‘He Needs to Learn How to Read a Room’ 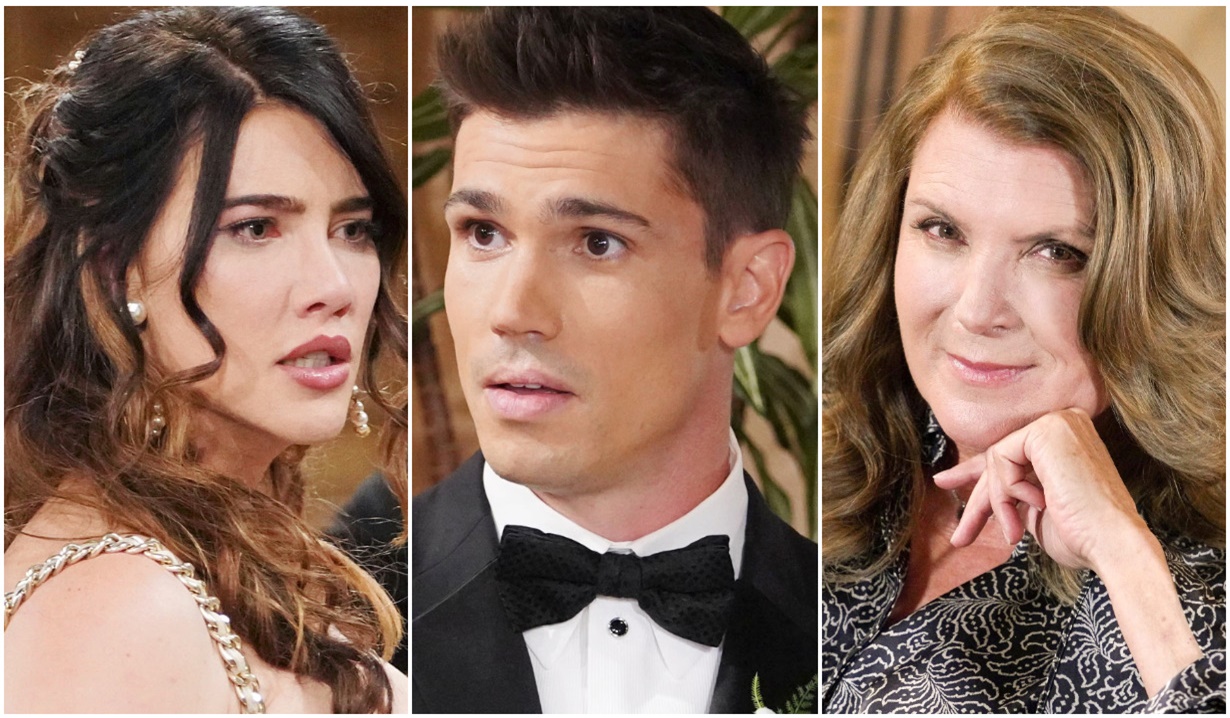 What part of his birth mother being a dangerous psychopath is the good doctor unable to grasp?

It’s definitely in Bold & Beautiful’s wheelhouse to have someone behave out of character, or even like something of an idiot, to enable a plot — we’ve seen it before — it’s just that Finn’s been so amazing that this one hurts a little more. Soaps.com readers in the message boards were positively hot over the dumbing down, in fact, QueenSteph decreed in one thread, “Finn is dead to me.”

Setting the scene, txwildcat marveled, “Finn has this killer… standing in the home of her victims… who have repeatedly asked Shady Sheila to leave… and both he and the killer are insisting that she stay… while carrying on about being family. Whose house does this happen in?” The Forresters’ apparently…

The same reader noted, “One viewer has called Finn ‘Dr. Dumb’,” before making a case in point: “To show us just how low Finn’s intelligence has dropped, the writers had Liam (easily the dumbest man in this show) explaining to Finn that Steffy was trying to protect Finn.” Hilarious!

Some viewers were astonished that there was any argument at all about whether or not the dastardly Sheila should stay, or God forbid, be considered ‘part of the family’. Mitchell111 reasoned, “The fact that everyone in the room is astounded that Sheila is there, and that she is Finns mother, and it is so obvious that not one person in the room wants her there should give him an idea that she should not be there.”

QueenSteph declared, “The second he found out that his birth mother is a murderous psycho he should have realized that he can’t possibly have her in his life. He’s a father now for God’s sake. Hayes should be his #1 priority, not this psycho stranger.”

Of course, we all know Finn is in shock right now, and some viewers were willing to be a little more patient with the befuddled Dr. Finnegan, though they were still astounded by the extent that Sheila’s arrival seemed to tank his IQ. RynK5366 observed, “I get that this is a lot of information for Finn, and I get that this is huge, life-changing information. But he really needs to learn how to read a room.” The reader also lamented, “He seemed so dense to me in these past two episodes.”

Finally, there were those who were willing to give Finn the benefit of the doubt, or who thought his reaction fit his character in one way or another. Tracey theorized, “How he is reacting to Sheila makes me believe he has abandonment issues. He didn’t want to lose Steffy so he couldn’t have a normal reaction to the cheating. He isn’t having a normal reaction now because he doesn’t want to lose his birth mom.”

We have a bad feeling that Sheila is going to have little trouble manipulating Finn, who is a forgiving sort, and that she’ll somehow come between the newlyweds. What’s your take on it all? Let us know in the comment section. First, take a look through Sheila’s history in the gallery below.

Bold & Beautiful Gifts Fans With a...