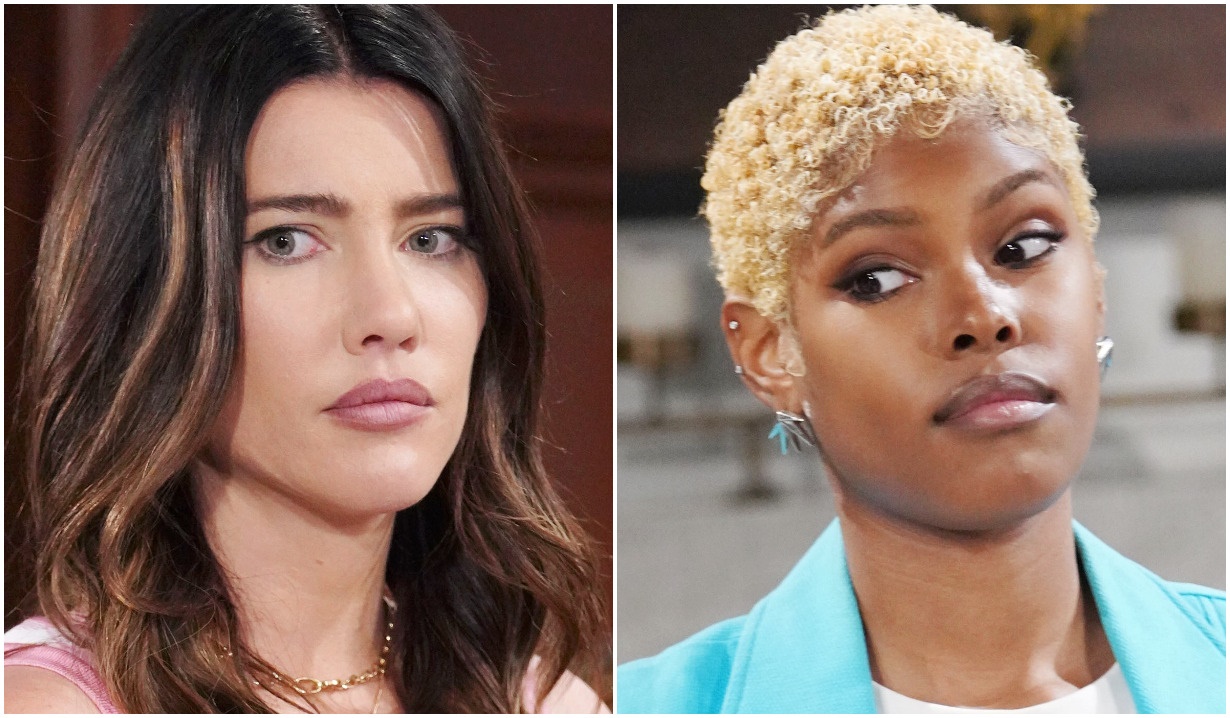 Is the new mom and bride-to-be headed for huge regrets about inviting Zoe’s seemingly sweet sister into her home?

The Bold and the Beautiful is rarely subtle when it comes to dropping hints about where a storyline is headed, and Paris Buckingham’s new living arrangements aren’t shaping up to be an exception to the rule. It was a stretch and a half for Steffy and Finn to move the young woman into their home to begin with — after all, Steffy’s had little to no interaction with Paris, they know nothing about her, and just about any other solution to her living situation would have made more sense. That’s how we know there was a reason that they wrote her into new parents’ storyline… and it probably doesn’t amount to good news for Steffy.

While Paris seems to be sweet, the reality is that we — like Steffy and Finn — know almost nothing about her. It’s not as if she comes from a particularly stable family — Zoe showed up in L.A. as a stalker with a British accent she later dropped, and their father, Reese, stole Hope’s baby! Zoe certainly had a negative and visceral reaction to her sister showing up on her doorstep and wanting to stay, so perhaps we’re about to be enlightened as to why.

More: Is B&B setting up a Brooke/Steffy rivalry?

The scene is absolutely being set for a The Hand That Rocks the Cradle type storyline, what with Paris admiring Steffy’s home, husband, and being so good with newborn, Hayes. For those not familiar with the flick, an unhinged woman infiltrates a couple’s home as a nanny and things turn very dark as she plots to take over the life of the woman who hired her, including her young daughter, newborn, and husband.

Of course, Bold & Beautiful could merely be angling toward a Paris and Finn affair given they’ll be living and working in close proximity and she’s so good with his son. In fairness, we don’t know much about Finn either, or whether he’d be capable of such a thing. Either way, it seems Steffy will almost certainly regret moving the young woman into her home should she become her worst nightmare.

More: B&B’s Finn has a secret

It’s worth noting that it would be odd for Paris to become involved with a committed man given her recent reaction to Carter and Quinn’s affair, but again, this is Bold & Beautiful, and she would be far from the first character to undergo a sudden personality change to enable a plot.

Do you think Paris is about to become big trouble for Steffy or are we way off track? Check out photos of the Bold & Beautiful’s most unhinged characters in the photo gallery below.

Did We Just Figure Out the Massive...