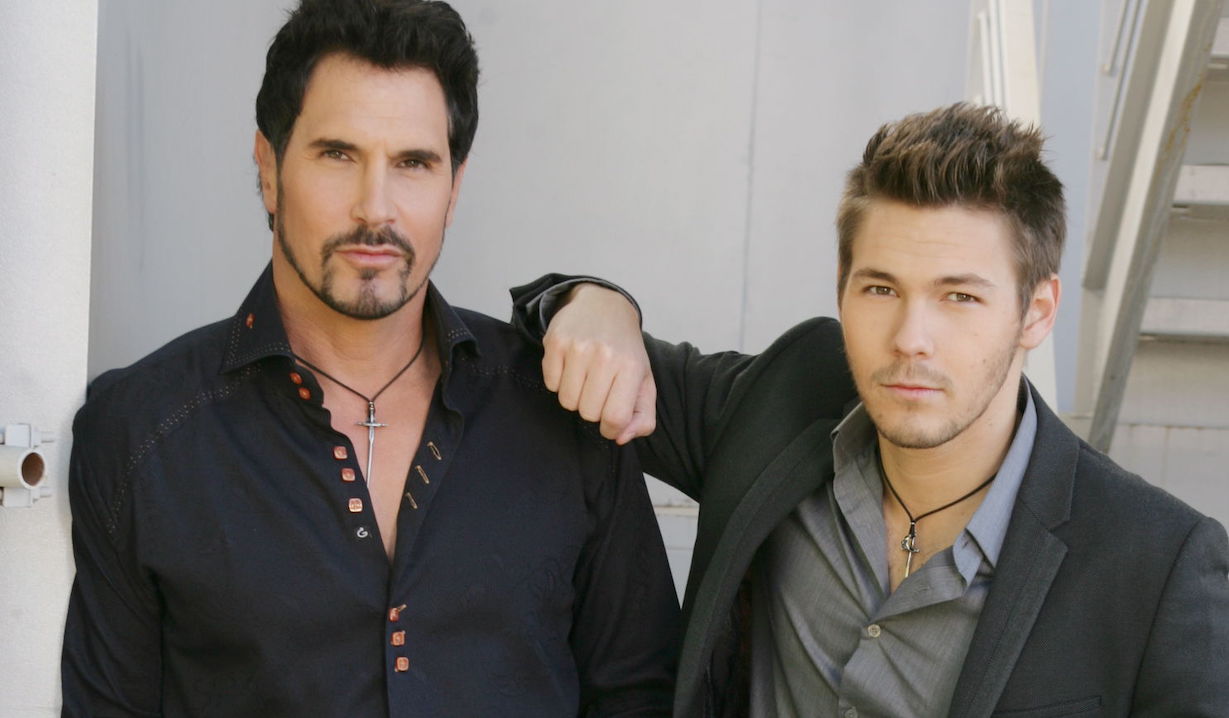 The relationship between the actors is a whole lot sweeter and simpler than their characters’.

On Father’s Day, a lot of folks thought about the old man, the guy with whom they share DNA. But Scott Clifton… “I found myself thinking about this guy,” Don Diamont, he Instagrammed on June 20. “Fatherhood can mean so many different things, and there isn’t just one kind.

“Today, some people are celebrating their biological dads; others, their stepdads, surrogate dads, adoptive dads, godfathers, mentors, religious figures and so on,” added the Bold & Beautiful leading man, who plays Liam. “But I think it’s rare to have someone come into your life, long after you’ve reached adulthood, and become a father figure instantly.”

For Clifton, that someone was and is Diamont, who plays his incorrigible soap Daddy Dearest, Bill. “Don is my friend, colleague, confidant — but he’s also my dad, even when the cameras stop rolling,” said the Emmy winner. “He’s advised me, protected me, scolded me and cheered me on. 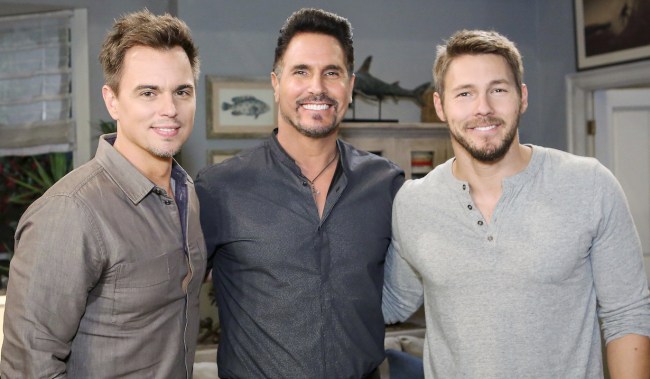 “If I have a health problem, he won’t leave me alone until I see a doctor about it; if I fail to act with integrity, he admonishes me to make it right; if I [BS] him, he knows it,” he went on. “He’s my dad. And it’s not because I’m special, it’s because he is.”

That’s not to say that Clifton was previously a stranger to paternal love. “I had a wonderful father growing up,” he hastened to note. “Ronald Scott Snyder is who I always wanted to be as a child and who I’ve slowly become as a man. But most people don’t have just one father, and I hope that you, whoever you are, take today to reflect on all your dads — all the men in your life who made you who you are or have kept you who you want to be.

“It may not always take a village,” he concluded, “but sometimes we’re lucky enough to get one.”

OK, while you dry your eyes after that beautiful post — a reminder of why Clifton isn’t just one of our favorite actors, one of our favorite people — recover via the below photo gallery, a collection of images of soap stars and their real-life dads.