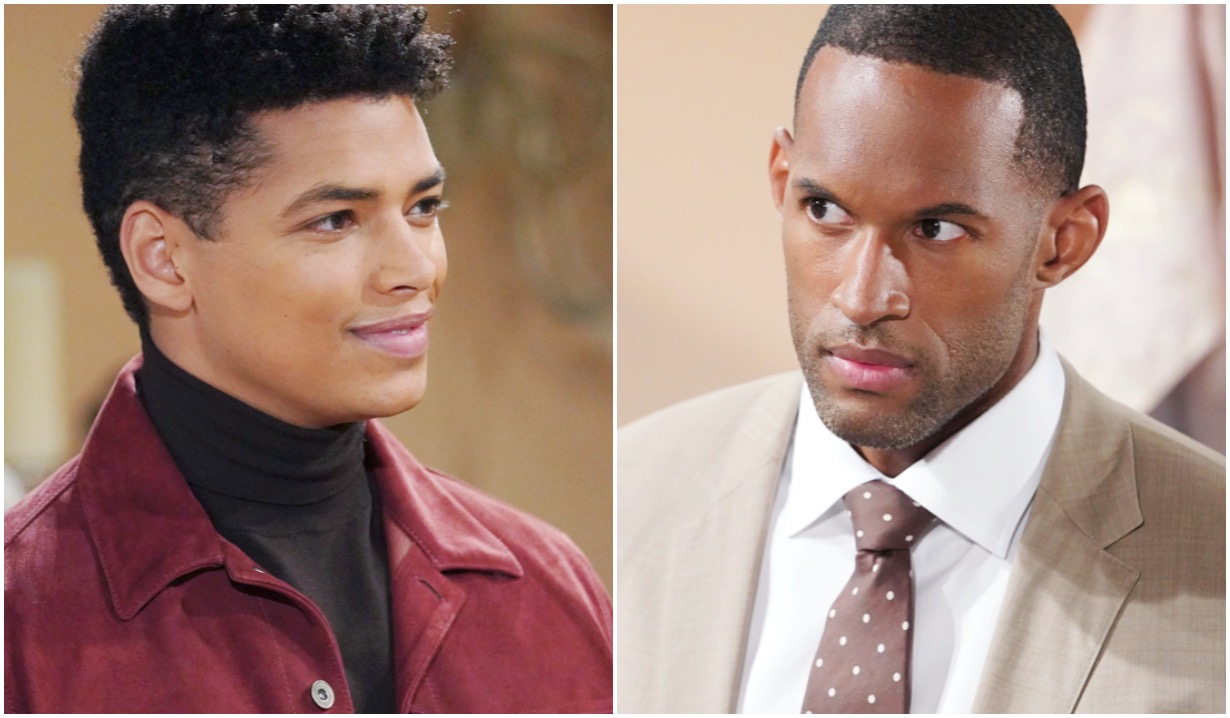 On June 11, Delon de Metz expressed his admiration for beefy castmate Lawrence Saint-Victor. And let’s be real: Who wouldn’t?

Not to put too fine a point on it, but Delon de Metz is a work of art, an individual so stunning that he might as well be hung in the Louvre. But even the Bold & Beautiful heartthrob has to give credit where it’s due — and where it’s due is to co-star Lawrence Saint-Victor, aka Carter’s portrayer, aka the guy Michelangelo’s David looks at and says, “Aw, c’mon. Seriously, dude?”

On June 11, the scene stealer who plays Zende took to Instagram to tell his buff pal, “Gimme another hundred years or so, and I’ll catch up to [you].”

Accompanying the post was a photo that suggested that, erm, de Metz was already a main attraction in his own right, thank you very much. Taking note of his eye-popping physique, even Saint-Victor had to admit that de Metz was “looking good, bro!”

Fans of the CBS soap agreed. If a sudden surge in palpitations accompanied de Metz’s thirst-trap post, we wouldn’t be remotely surprised. Mind you, Saint-Victor makes it hard not to look at him and go… blank, basically, because yeah, he’s just. That. Adonis-like.

On April 30, for instance, he shared a shirtless selfie and cracked wise. “I don’t know what Carter’s been up to,” he Instagrammed, “but tell him Lawrence wants to eat carbs again.”

Fat chance. As you contemplate de Metz’s potential to be the next Saint-Victor — if he isn’t already — peruse the below photo gallery of soaps’ handsomest men.

<p>Whether the <em>Young & Restless</em> star is sporting angel’s wings or devil’s horns as Adam, he never fails to leave us in dire need of making confession. “Forgive us, Father, for we have dreamt!”</p>

Image: NBC/Courtesy of the Everett Collection
2/59

Image: ABC/Courtesy of the Everett Collection
4/59

Image: CBS/Courtesy of the Everett Collection
10/59

Image: ABC/Courtesy of the Everett Collection
17/59

Image: CBS/Courtesy of the Everett Collection
19/59

Image: ABC/Courtesy of the Everett Collection
20/59

Image: ABC/Courtesy of the Everett Collection
24/59

Image: Courtesy of the Everett Collection
26/59

Image: ABC/Courtesy of the Everett Collection
27/59

Image: ABC/Courtesy of the Everett Collection
33/59

Image: ABC/Courtesy of the Everett Collection
34/59

Image: ABC/Courtesy of the Everett Collection
40/59

<p>The<em> Young & Restless</em> detective is precisely the reason that lines are uttered like — and we give all due credit here to <em>Dick Tracy</em>’s Breathless Mahoney — “Aren’t you gonna frisk me?”</p>