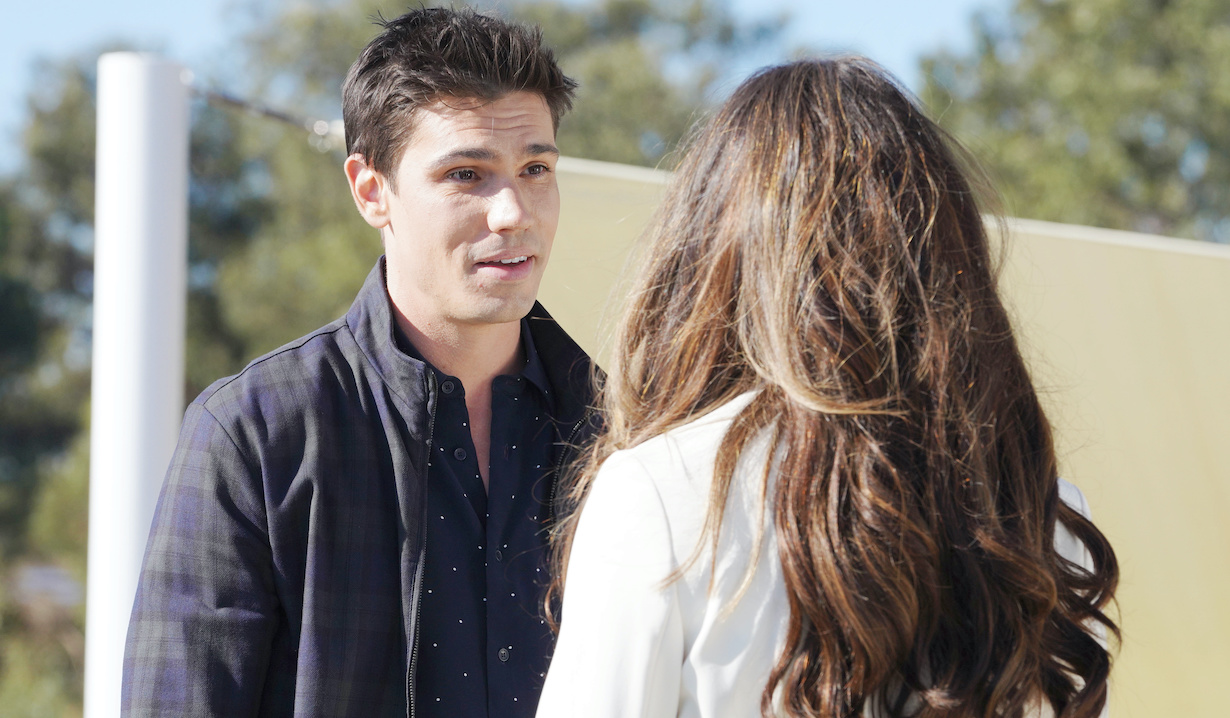 Will the baby be a blue-eyed — or brown-eyed — boy or girl?

Now that the big paternity switch mess is over on The Bold and the Beautiful, fans are awaiting the birth of Finn and Steffy’s baby. As a way to pass the time, the CBS soap opera has shared some absolutely “adorable throwbacks” of the actors who play the popular roles.

The show’s official Instagram page posted not one, but two photos — each — of Jacqueline MacInnes Wood and Tanner Novlan and teased, “Since we’re expecting a Bold & Beautiful baby…” Those behind-the-scenes are so thrilled for what’s to come, they asked, “Who’s excited for Sinn to be parents?”

Novlan and Wood already know a thing or two about being a parent. The actress welcomed her second child, Lenix, back in February and recently shared photos with her two sons on Mother’s Day, expressing that her “heart is full.”

More: Why the Carter/Quinn affair is about to get “very messy”

And Novlan gave a shoutout to his wife, former Bold & Beautiful actress Kayla Ewell, ex-Caitlin and Steffy fill-in, last Sunday and gushed about her role in their daughter’s life, “Wouldn’t want to do this with anyone else but you. Thanks for being such an amazing mother.”

As we await the birth of Finn and Steffy’s baby, let us know in the comments if you want them to have a boy or a girl then look back in time at how it all began by viewing photos of their love-at-first-sight romance.

And while we’re talking about babies, you’ll get a kick out of our fun-filled gallery below jammed-packed full of various soap stars with their real-life children.

Exclusive: A Dozen Years After His...