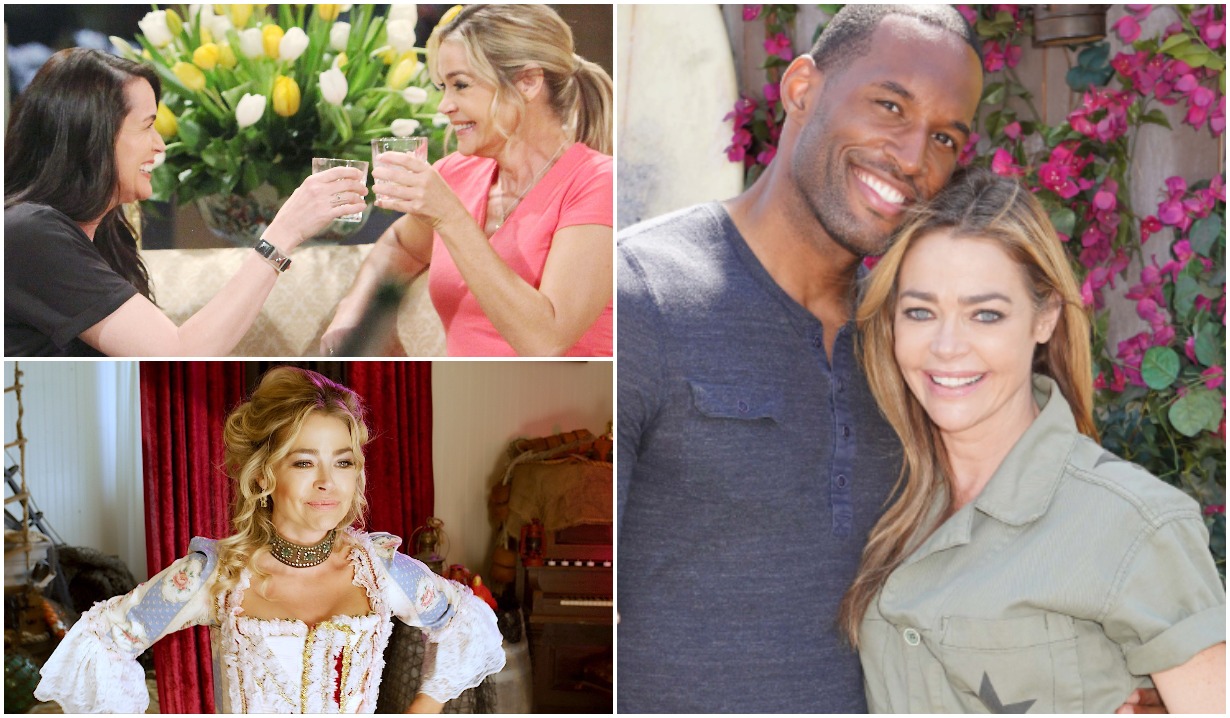 “She’d love to see her portrait hanging above that fireplace!”

Talk about quick thinking! Just as The Bold and the Beautiful‘s Zoe was about to figure out that Quinn was the woman keeping Carter’s bed warm, Shauna stepped up to claim that she was the “other woman” against whom the model was competing.

“She didn’t want to see her best friend lose her marriage,” says portrayer Denise Richards of Shauna’s actions. “It was really as simple as that. She didn’t even think twice.”

Of course, given that Carter and Quinn seem incapable of keeping their hands (and other body parts) off one another, this story is far from over. “Yeah, it gets very messy,” laughs Richards. But if and when the truth comes out, Shauna could wind up in a win/win position… especially should Quinn lose her husband. After all, many fans thought that when the beautiful blonde was helping Eric see his then-estranged wife in a better light, he might instead be drawn to Quinn’s BFF!

“She’d love to see her portrait hanging above that fireplace,” acknowledges Richards with a grin, adding that she’s not the only one. “My father’s girlfriend has watched the show from the beginning, and she told me, ‘Shauna needs her portrait up there!'”

The biggest obstacle to that wishful thinking becoming a reality? “Quinn is her best friend,” sighs the actress. “They’ve been very ride-or-die for years, so she’d struggle with that… I hope!”

When not hobnobbing with Bold & Beautiful‘s fashionistas, Richards took a little time for a wardrobe change so she could film the flick TimeCrafters: The Treasure of Pirate’s Cove. The family-friendly movie — in which a group of youngsters search for buried treasure — finds her spending a fair amount of time flirting with a time-traveling pirate while in a gorgeous corseted number. 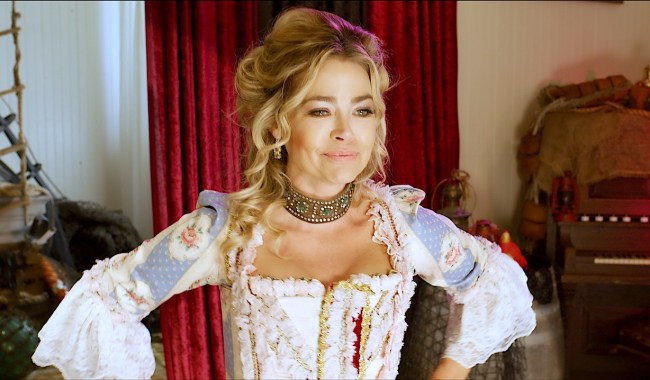 “That outfit was beautiful, but getting into and out of it was a lot of work,” she laughs. “You can’t do it by yourself, that’s for sure!”

While clearly the movie’s audience is expected to root for Richards’ Victoria to reunite with her not-as-dead-as-believed hubby (played by Days of Our Lives’ former Austin, Patrick Muldoon), the chemistry between the supposedly-single mom and Eric Balfour’s sexy pirate is pretty hard to deny.

“I don’t think Victoria would have minded ending up with him at all,” muses Richards, admitting she’d love for the film (the trailer for which can be seen below) to get a sequel. “We had so much fun shooting together, and I like that it’s a movie that the whole family can watch.”

TimeCrafters is currently available on Digital and On Demand, making it the perfect gather-the-kids-for-movie-night treat. Meanwhile, as we wait to see just how far Shauna’s willing to go to “help” her bestie, why not peruse the below gallery in which some of your favorite Bold & Beautiful stars slip into some eye-popping (corset-free) fashions.

The Bold and the Beautiful Just...

Ahead of His Big Small-Screen...