The Bold and the Beautiful’s Carter and Quinn Are the Couple We Didn’t Even Know We Needed — Plus, What Has to Happen Next in This Story

Forget Justin Timberlake… these two are bringin’ sexy back!

If we’re being honest, we can’t say we didn’t see the Carter/Quinn hook-up coming. Like many of The Bold and the Beautiful‘s plots, the heavy-handed dialogue between Eric’s wife and his trusted employee made it pretty clear that sooner or later, they’d be sharing more than simply confidences.

We just didn’t realize how much sooner — let alone how incredibly hot it would be when they gave in to temptation.

Yes, we could have used a whole lot more foreplay before Carter and Quinn scratched the itch we didn’t even know we had, but now that they’ve done so, we’re not going to complain. Because if we’re being completely honest, their tryst is the best thing to hit this soap since Thomas and the mannequin.

We’ve seen this happen with Bold & Beautiful before. The show will be in a bit of a slump when suddenly, with one unexpected twist, it will shake things up as if to say, “We saw you there, dozing… wake up!”

Well, they’ve got our attention… now let’s see what they do with it.

Although the new lovers insisted to one another that it could never, ever happen again, we knew they were lying even before he pulled her into another steamy lip lock. And of course, there will be plenty of guilty looks and self-reproach in the days ahead.

More: Get ready for Steffy’s return!

But what we’re really looking forward to is someone finding out about the secret… and you know that’s gonna happen. The only question is who’ll be first to uncover the affair.

Obviously, the writers did that whole insta-bond thing with Zoe and Quinn so that this betrayal would eventually cut deeper. But truth be told, we weren’t even the least bit invested in Carter’s relationship with the model. We are, however, very invested in Quinn and Eric’s marriage, which means the inevitable fallout when he discover’s this betrayal will be epic.

More: The lighter side of dramatic photo shoots

Before any of that happens, however, what we really, really want is for someone with everything to gain from the knowledge to stumble upon the secret. While Brooke would be the obvious choice, given her hatred of Quinn, there’s not currently much drama to play there. After all, what would stop Brooke from simply telling Eric?

No, what this story needs is for Quinn’s infidelity to be discovered by someone who knows a thing or two about destroying lives. And as it happens, Kimberlin Brown — portrayer of walking wrecking ball Sheila Carter — only days ago mentioned that she’d paid a visit to the Bold & Beautiful studio.

Anybody else practically salivating at the notion of Sheila ditching her boring waitress gig at Il Giardino in favor of mounting another all-out campaign to have her portrait replace Quinn’s above the Forrester mantel? 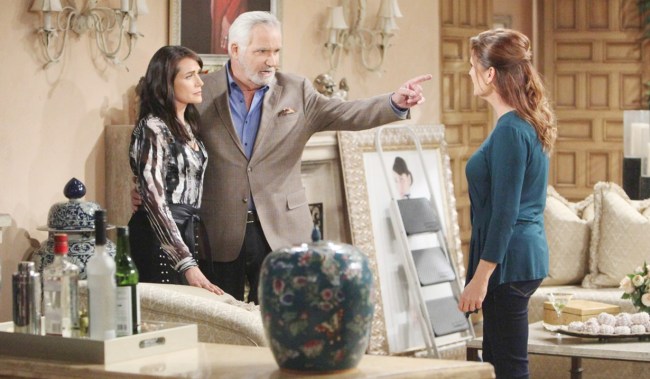 While we wait to see exactly how things will play out, why not hit the comments section with your thoughts on what’s next for this juicy story. Then feast your eyes on the gallery below in which some of your favorite Bold & Beautiful stars put the “glam” in “glamour shots.” 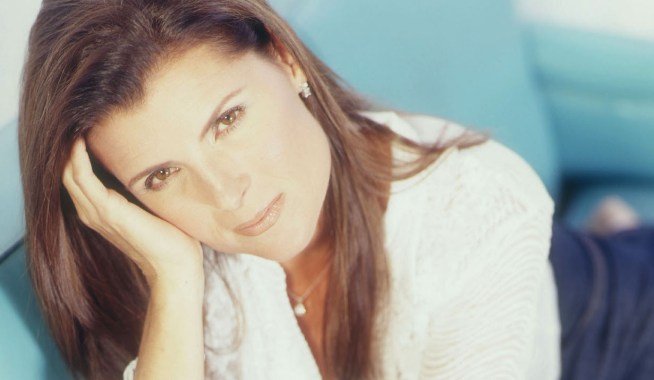 Along With a Series of Stunning New Photos, The Bold and the Beautiful's Jacqueline MacInnes Wood Puts a Whole New Spin on 'Breathtaking' 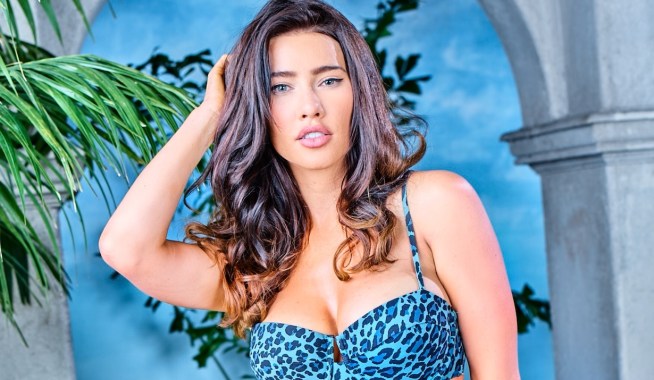