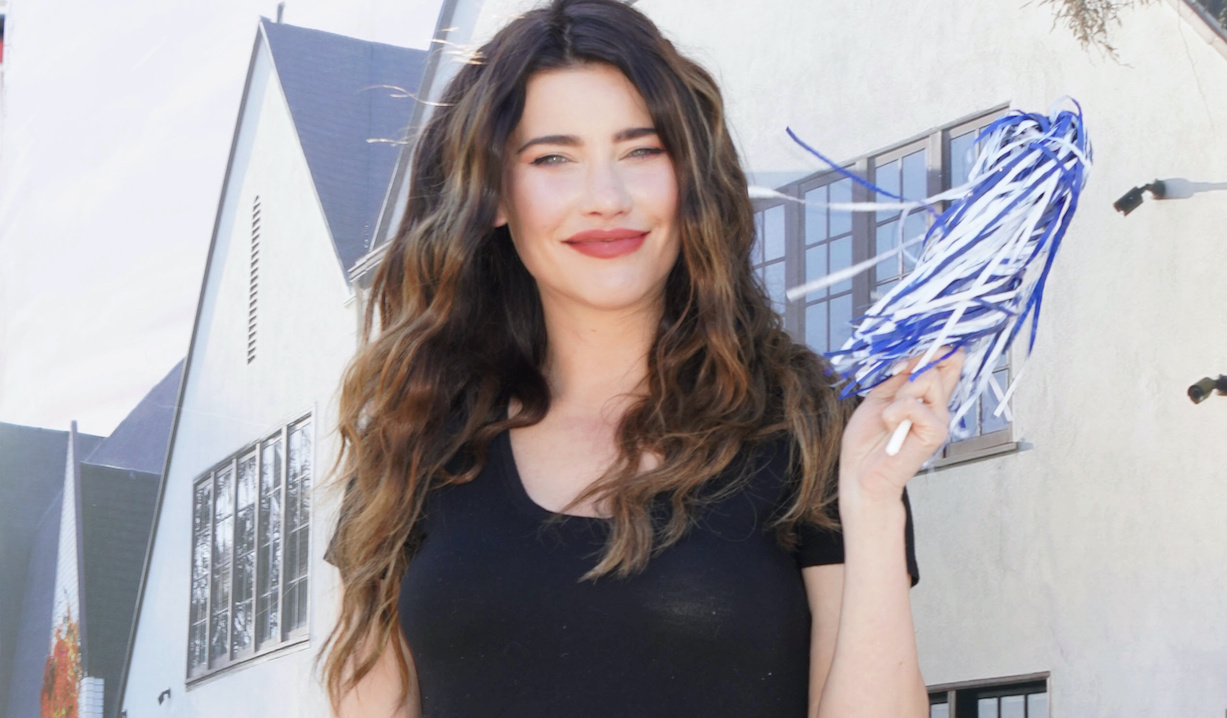 On March 20, the Emmy winner made like a RuPaul’s Drag Race contestant and lip-synched for her life.

We can only hope that Jacqueline MacInnes Wood’s life is even half as much fun as her Instagram posts make it look like it is. Over the weekend, the mother of two posted a video that she captioned, “Let’s. Get. Beat.”

In it, the Bold & Beautiful star applies makeup all the while lip-synching to “Monster” by Kanye West (with Jay-Z, Rick Ross, Nicki Minaj and Bon Iver). You can see her in action here — although if you’re easily offended, we should warn you that there’s, ahem, language.

By the time the Emmy winner is done, she looks ready for the world’s most glamtastic night on the town.

Of course, true devotees of Steffy’s portrayer are already well aware that she has a knack for all things musical. In fact, we’d bet a Forrester Creations showstopper that her singles, “Girl You Knew” and “After Hours,” are in heavy rotation in your iPod.

If they aren’t yet, check out the music video for the latter below, and see if it isn’t instantly lodged in your head for all eternity. If the soap didn’t keep Wood so busy, we have zero doubt that she’d be a Top 40 recording artist. She just has the touch.

While you’re here admiring Wood’s makeover, perhaps you’d like to peruse some even more extreme ones via the below photo gallery, which revisits the remixes a whole host of soap stars gave their looks.

On Their Fifth Wedding Anniversary,...