On the 32nd Anniversary of Darlene Conley’s Bold & Beautiful Debut as Sally Spectra, a Loving Tribute to the Late Legend and Her Larger-Than-Life Character 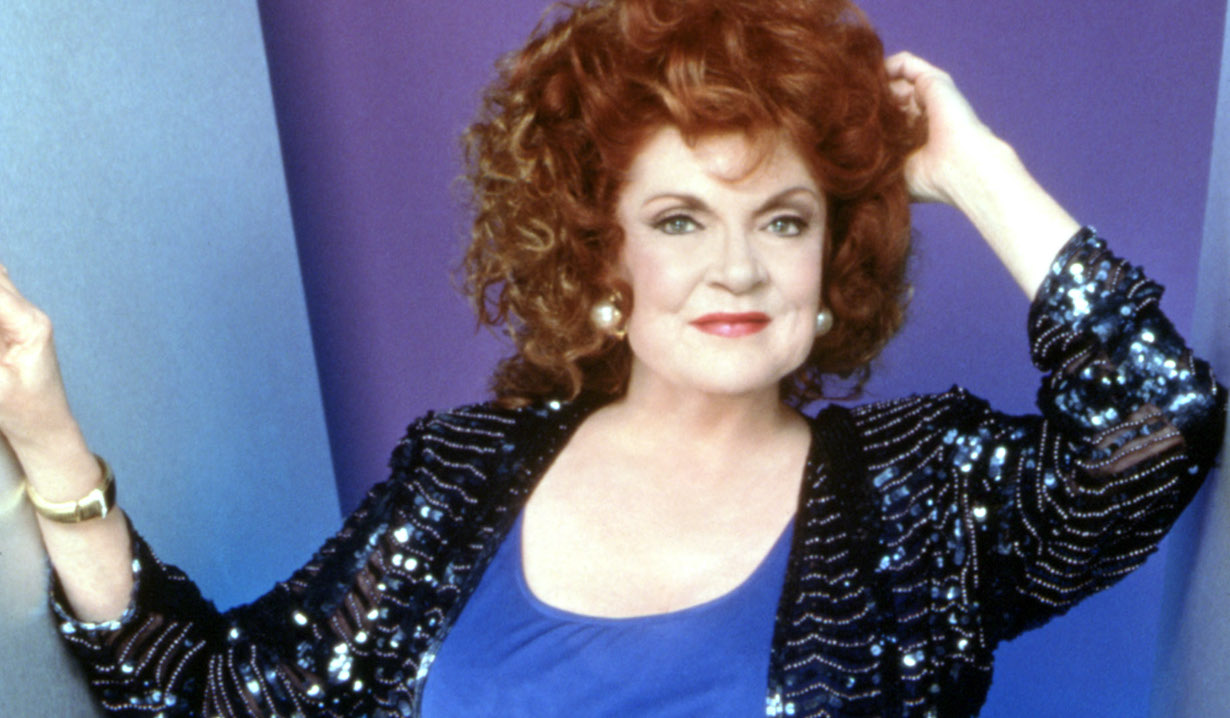 There never was, nor will there ever be, another like her.

Longtime fans of The Bold and the Beautiful will recall that for its first couple of years, it was a pretty show about pretty people. Susan Flannery’s Stephanie Forrester had bite, of course, but otherwise, The Young and the Restless’ sister soap was populated by fairly interchangeable mannequins.

On that day, you see, The Bold and the Beautiful introduced to its canvas the singular sensation that was Darlene Conley. And though today she’s revered as one of daytime’s greats, and deservedly so, back then, she was just a hardworking actress going from one tough-broad role (“modeling agent” Rose DeVille on The Young and the Restless) to the next (prison warden Edith Hopkins on Days of Our Lives) to the next (ex-hooker Trixie on General Hospital).

Conley might never have been cast on The Bold and the Beautiful had William J. Bell, the co-creator of both that show and Young & Restless, not brought her back for another run as the nefarious Rose in 1986. (The second time around, the character stole away Nina Webster’s newborn, Chance, to sell on the black market).

Inspired, Bell created for Conley what would become the role of her lifetime, that of Sally Spectra, an indomitable original who, ironically, peddled knockoffs of finer fashion houses’ designs. Both the conniver and her portrayer were instant hits. Nobody — not even Brooke Logan — pushed queen bee Stephanie’s buttons like Sally could. (Want proof? Watch their introduction below.)

But Sally was much more than just an antagonist for Stephanie. Outré as she was, she was also down-to-earth, a maternal figure not only to her actual kids but to the ragtag band of misfits that she employed at Spectra Fashions. She was lustful enough to make Brooke by comparison seem demure and innocent. And she was as funny as all get-out, as sassy and irrepressible as any three drag queens — combined.

One of a Kind

In her nearly 18-year run on The Bold and the Beautiful, Conley was twice nominated for a Daytime Emmy but didn’t take home the gold. Which sucks on one hand but makes sense on the other — what’s the point of giving a trophy to someone so clearly in a league of her own? She deserved her own category, never mind her own statuette.

Heck, there’s a reason that her alter ego is the only soap character to have her likeness on display at Madame Tussaud’s in both Amsterdam and Las Vegas; she was just. That. Special. 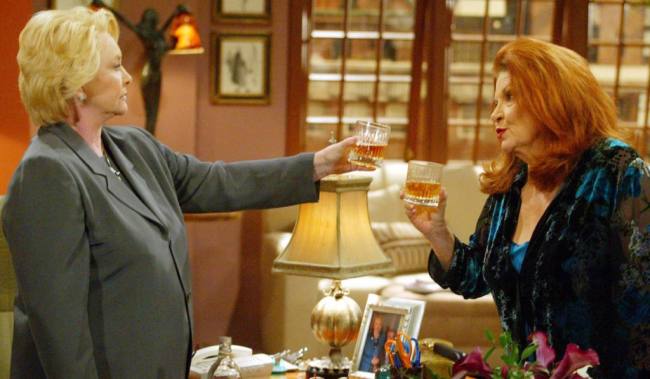 That being the case, when Conley died in 2007 at age 72, The Bold and the Beautiful was faced with a helluva dilemma: What to do about Sally? Ultimately, the powers that be decided that a character so much larger than life should just go ahead and defy death. So instead of inform viewers that Sally had passed away off screen, the show told its audience that she was on permanent vacation, soaking up the sun in St. Tropez while a cavalcade of scantily clad cabana boys tended to her every need.

It was, not to put too fine a point on it, perfect.

In 2017, The Bold and the Beautiful elected to write a new chapter of Sally’s story — through her namesake grandniece. While it would’ve been impossible for the soap to catch lightning in a bottle a second time, Sally 2.0 — as played by Courtney Hope with a go-for-broke attitude that Conley surely would have appreciated — proved so popular that when her storyline had run its course, she wasn’t discarded. Oh no, she was simply transferred to The Young and the Restless, where she continues to stir the pot just by entering any given room. 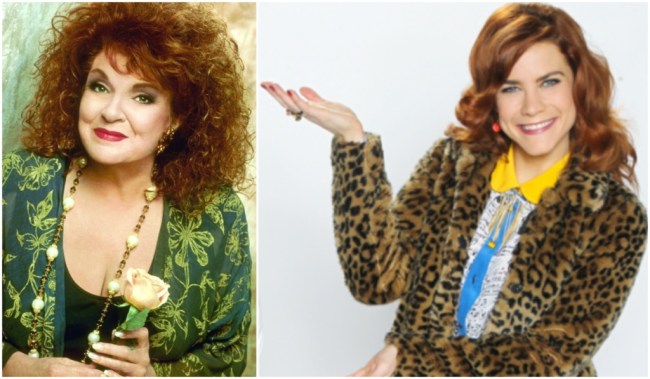 So, Bold & Beautiful fans, what’s your favorite memory of the original Sally? Drop it in the comments below, and while you’re here, check out the below photo gallery of some of her most legendary exploits.

<p>Sally connected with Clarke Garrison when he was designing for Forrester Creations. She recruited him to steal designs for Spectra Fashions.</p>

<p>Sally married Clarke after offering him half of Spectra Fashions and his own label. He would collect on their second wedding anniversary. Sally had a penchant for hiring people away from Forrester, including several of their own family members.</p>

<p>Though Macy resented her mother for prioritizing work over being a parent, and they had their ups and downs, Sally adored her only daughter. Sally went through losing Macy twice, once when she was presumed dead only to be discovered alive, then when Sally was forced to disconnect Macy’s life support when she wound up in a coma.</p>

<p>Sally Spectra and Stephanie Forrester had a huge amount of animosity between them and were usually rivals, whether it be over fashion business or men. Occasionally, they set aside their differences to be there for one another, however, such as when Sally helped Stephanie when she had amnesia, and Stephanie and Sally mourned Macy together.</p>

<p>Sally loved a good time and her bachelorette party was no exception. She entertained romance novel cover hunk Fabio, who recurred in her fantasies. Sally interacted with other guest celebrities on the show as well, including Phyllis Diller, Eric Estrada, and more.</p>

<p>Sally loved the chance to sing with Eric Forrester and was tickled when he began romancing her and proposed. However, it turned out it was a phony diamond ring and a sham to get back at her for pilfering designs. Nonetheless, the two always had a soft spot for one another. To this day, Eric speaks fondly of Sally.</p>

<p>Sally ended up doused on more than one occasion when she tangled with Stephanie Forrester. The first time was in a swimming pool, and the second time, pictured here, Sally wound up in a lake in Italy during a fashion competition in Portofino.</p>

<p>Macy’s father, Adam Alexander, showed up in Los Angeles with another daughter, Kimberly, who Sally took under her wing. After Macy was presumed dead, Sally was thrilled to discover her alive with Adam in Portofino.</p>

<p>Sally’s son, Clark Garrison Jr., joined the family business and tried to look out for his mother’s interests after her departure for the tropics. Sally was there for her son when he married Becky before she died of cancer.</p>

<p>Sally was most at home bellowing into the P.A. system at Spectra Fashions and on the runways competing against the Forresters. Sally was a dynamo and a huge presence among her staff and her family.</p>

<p>Sally was known for her dramatics. After Ridge took control of her company, she feigned a heart attack, then got drunk with Stephanie and cut off her hair.</p>

<p>There was no love lost between Sally and Brooke. Sally’s company was handed over to the blonde at one point by Ridge, and Brooke also interfered in Thorne’s relationship with Macy in Sally’s view.</p>

<p>Sally’s trusty assistant, Darla, found herself fired after getting pregnant with Thorne’s baby. However, after Macy died, they mended fences as Darla gave birth to a baby girl and named her Alexandria in memory of Sally’s late daughter.</p>

Everything Wrong With Liam's...

Only One Woman Can Save The Bold and...