The Bold & The Beautiful Just Ruined Two Characters in One Fell Swoop, and We Can’t Even 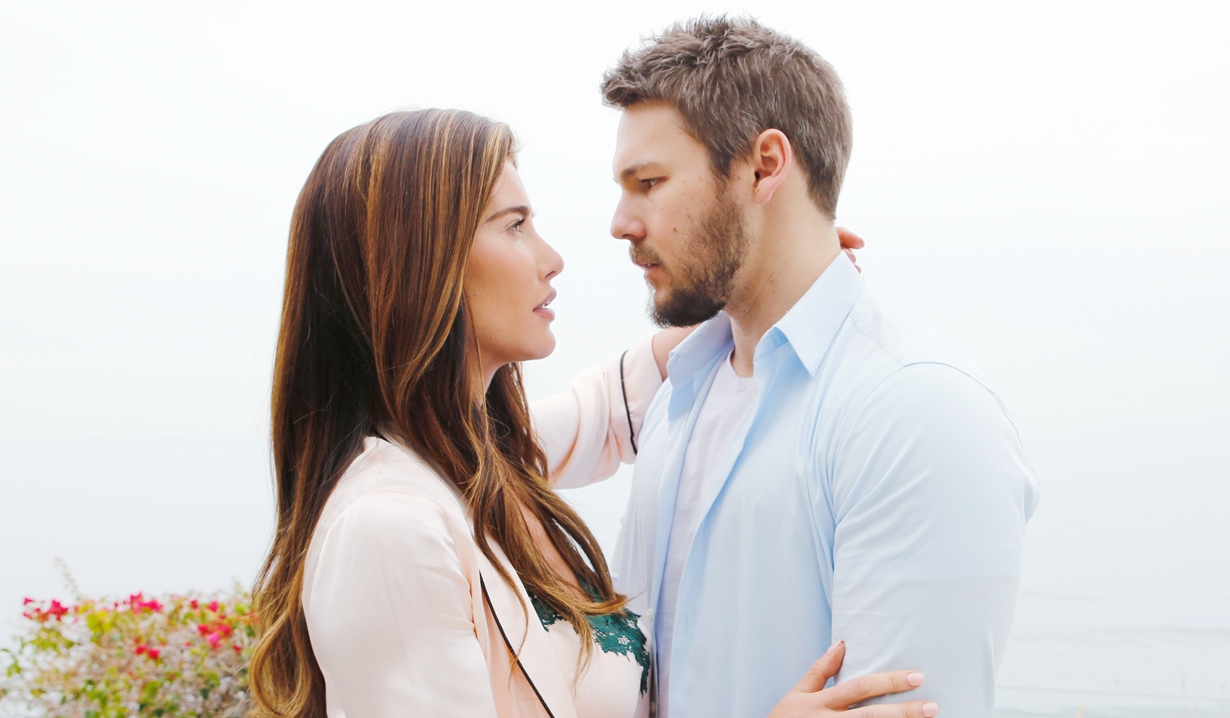 We’re left with one big question: Why?

We’d heard the rumblings, so we knew it was coming. And yet when The Bold and the Beautiful’s Liam told Steffy he’d “never not loved her” and went in for a kiss, we screamed at the television. There may have been flying remotes, too, mainly because we knew it wasn’t going to just stop at a kiss.

It never does with this guy.

Frankly, we don’t expect better from Liam. We’ve seen him pull this exact same ping-ponging routine before. Sometimes, he was bouncing between Hope and Steffy; others, it was between Ivy and Hope. If he ever decided to go into the fashion biz, he would operate under the House of Waffle banner.

More: Could Hope be drawn back to Thomas?

But Steffy? She knows better, or at least should. We’d seen actual progress where she was concerned. Sure, she refused to take that damn picture of herself and Liam off the wall — insisting that she kept it there for Kelly’s sake — but she’d at least opened herself up to the possibility of love with handsome Dr. Finn.

Then along came Liam with his half-hearted declaration of love and thirsty lips.

At this point, maybe we should just throw our hands up and declare, “Steffy and Liam deserve one another.” We can crown them the King and Queen of Bad Decisions, then send them off to the Isle of Boinkberries where Thomas and Brooke spent a few days blissed out not so long ago.

What’s downright anger-making is that by having Steffy and Liam fall back into one another’s arms, the show has essentially ruined both characters. Everything leading up to the kiss was frustratingly illogical. To recap: Liam saw Thomas kissing a mannequin and mistakenly believed it to be Hope. Rather than burst in and say, “What the hell’s going on here?” he ran over to ex-wife Steffy’s place, told her what he’d seen, kinda-sorta said that he still maybe possibly didn’t not love her and then went in for a kiss… which was not rejected.

More: B&B star wants to give you free stuff

Some of what’s frustrating about this we discussed in a recent Soapbox column, including the fact that it makes no sense for Liam — who believes Thomas to be both dangerous and mentally unbalanced — to leave his wife in that situation. Worse, for him to run to Steffy before even discussing with Hope what he’d supposedly witnessed shows that he has no faith in or respect for his wife.

Then there’s the fact that this is a well the show has gone back to so often that it’s no longer entertaining. How in the world are viewers expected to invest in any relationship involving Liam, who seems incapable of truly committing to a woman in a meaningful way? When a few days from now he realizes that Thomas was making out with a piece of plastic, what are we as viewers supposed to hope happens next? That Liam yet again abandons Steffy, whom he has hurt so badly in the past? That he goes back to a wife he clearly doesn’t trust?

And what of Steffy? Is this proof that she never has and never will move beyond Liam? That Finn was nothing more than an attempt to distract herself until the inevitable day when Liam would again fling himself in her general direction, for however long?

So what say you, Bold and Beautiful fans? Are you as frustrated by this development as we are? Or do you think Liam and Steffy are simply proving that they really should be endgame? Sound off in the comments, then visit the gallery below to relive the previous ups and downs in Steffy and Liam’s romance.

The Bold & Beautiful Cry for Help...