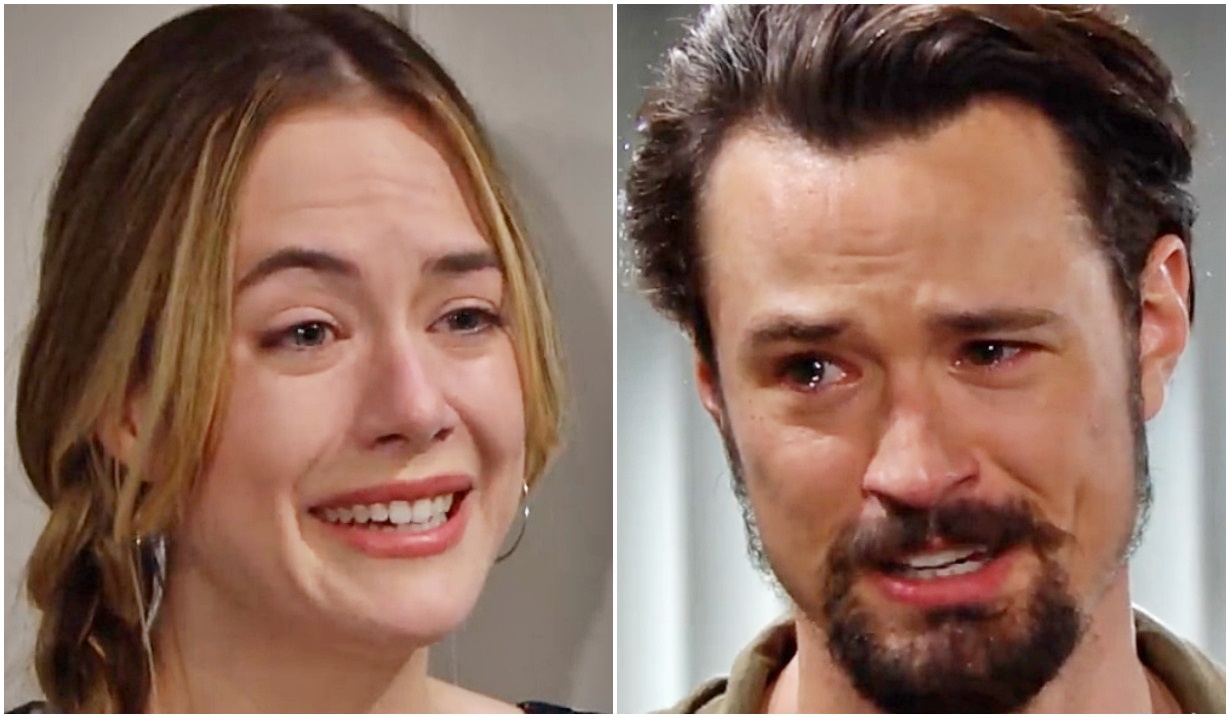 Could Hope’s compassion toward Thomas turn into something more?

In the emotional weekly promo video for The Bold and the Beautiful a distraught Thomas can be seen with tears in his eyes, standing in front of Hope and telling her in a defeated voice, “I know that I seem crazy.” Hope gently asks how she can help him as Thomas breaks down, “I promise I’m not crazy. I’m not.” Hope, also tearing up, assures him it’s going to be okay and vows, “We’re going to get you the help that you need.” The video then ends in a rather alarming way (see it below).

More: The Liam/Steffy hook-up that ruined them both

The we Hope is referring too could mean her and the good doctor John Finnegan, as Bold & Beautiful spoilers reveal that Finn is the one who calls Hope to the scene after realizing that his girlfriend’s brother is in crisis. Of course, she’s also probably referring to the Forrester family in the broader sense as well. She’s definitely not including her husband, Liam, who is more likely to be suspicious of than sympathetic to Thomas’ circumstances.

While Liam has seemingly forgiven everyone else who lied to them about Baby Beth being alive, he’s never gotten over Thomas’ involvement given that it was a manipulation in his obsession with Hope. While everyone else has given Thomas a chance to prove he’s reformed, Liam’s rantings against the Forrester heir have only become louder and more insistent. Of course, Liam is right that something is still off with Thomas, and everyone else is unable to see it. A rather tiresome theme with the character, along with his predictable ping-ponging back and forth between Hope and Steffy, and which explains the number of viewers who want to see Liam end up alone.

Hope clearly cares about Thomas, especially now that they’re co-raising Douglas together, but beyond wanting to see him get the help he needs… could she ever fall in love with him after everything that’s happened? That question is being hotly debated among fans as Hope and Thomas (Thope) garner more of a following. It’s certainly not impossible on a soap opera, especially when we know Liam’s about to betray his wife — again — as a result of thinking he saw Hope and Thomas in a clinch. All told, it could spell the end of Lope and leave Liam out in the cold with both women once and for all.

A cry for help leads to a shocking moment! 😱 #BoldandBeautiful is new this week on @CBS and @CBSAllAccess. pic.twitter.com/lQT2ew8Kdw

Do you think Hope would, or could, fall in love with Thomas? Check out the gallery below to see Bold & Beautiful’s most memorable love triangles, including Hope, Liam, and Steffy. Get your free daily soap-opera fix for The Bold and the Beautiful — and all of the other daytime dramas — delivered straight to your email inbox by signing up for Soaps.com’s newsletter.

The Bold & The Beautiful Just Ruined...