The Bold and the Beautiful Needs Taylor Back, Pronto — Here Are Five Reasons Why! 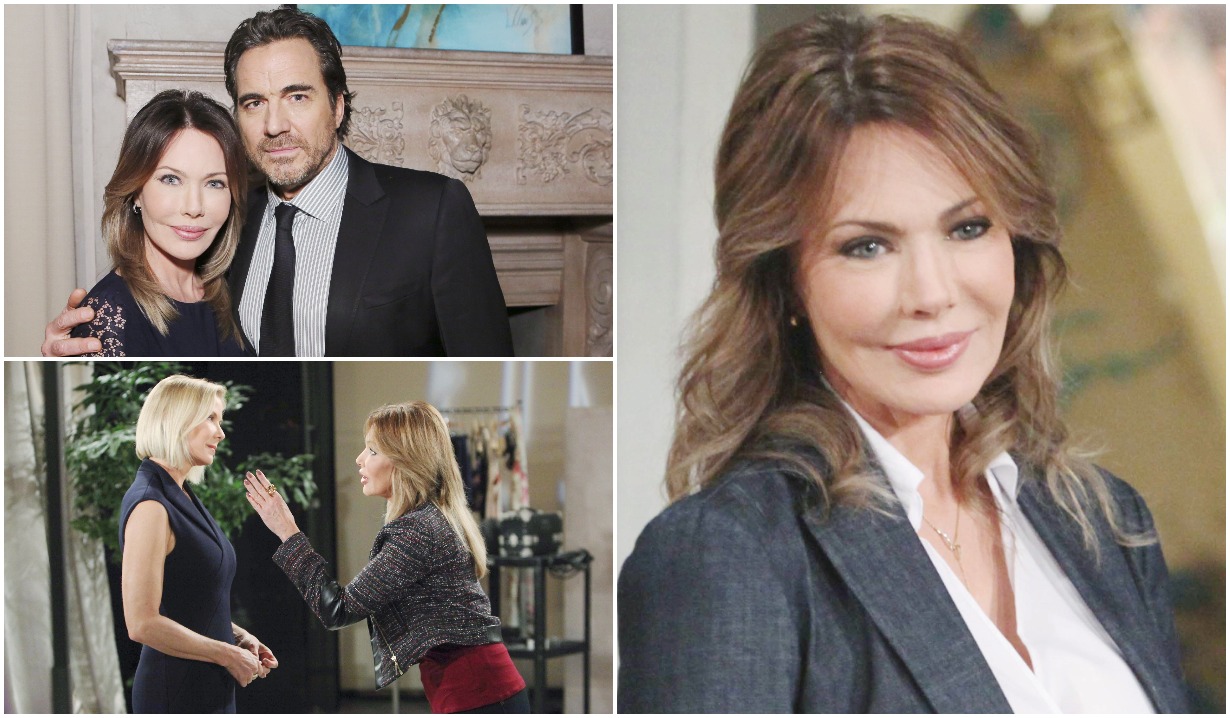 There have been more than a few occasions over the past few years when we’ve thought to ourselves, “Gee, The Bold and the Beautiful’s Taylor should probably be a part of this storyline. But this week, as the show barrels toward an intervention for overnight addict Steffy, her mother’s absence has been more noticeable than ever. In fact, the mom’s MIA status was a hot topic for fans long before her daughter was plowed down by Bill while riding her motorcycle. For many, Taylor being mentioned — but not seen — during the storyline in which son Thomas was having a mental meltdown while pursuing Hope was even more troubling, given that his “Give Douglas a mother at any cost” attitude indicated he might have a few unresolved issues of the mommy variety that could have used the shrink’s attention!

This got us thinking about the canvas as a whole and why, exactly, it might be time for Hunter Tylo’s alter ego to make a return visit. Should the folks behind the scenes need a reason to make this happen, we’ll give them one. Heck, we’ll go even further and offer up five!

1. Quinn’s Scheme Team Could Use Another Member

If there’s one person who is less likely to join Team Brooke than Quinn, it’s Taylor. Imagine if Ridge’s ex-wife and current mother-in-law (and onetime crush) put their heads together in order to bring down their mutual rival! While Quinn would have to make her new partner understand that the endgame was Ridge finding happiness with Shauna — not Taylor — the shrink might go along with it just to see her nemesis suffer! (She might also, if we know Taylor, later decide that when it comes to her favorite ex-husband, all’s fair in love and war!)

Sure, we’ve been told — repeatedly — that Thomas has been working on himself, but we’re not convinced. After all, building a new house on a faulty foundation is a recipe for disaster. Thomas was publicly outed as a baddie during his ill-fated wedding to Zoe, vanished for a while and then returned with a “new-and-improved” label attached. We’d feel a lot better if Taylor were around to keep an eye on her son… although given that she’s not always been a beacon of mental wellness herself, we’ll also need someone to keep an eye on her!

More: Sorry, we’re not buying the redemption of B&B’s Thomas 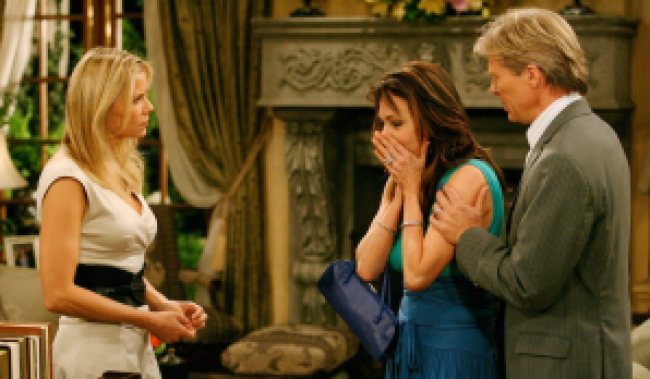 Somewhere out there, a kid named Jack is wandering around wondering where he belongs. You may or may not recall that Jack is the result of Nick and Taylor’s attempt to have a child through in vitro fertilization, which went terribly awry when Bridget accidentally implanted the embryo into her mom, Brooke! For a while, the resulting tot’s mothers fought for the right to raise him. Taylor eventually handed the kid over to Brooke, and he’s rarely been seen or mentioned since! Perhaps at some point, he went to live with Taylor, only to contract a bad case of SORAS (Soap Opera Rapid-Aging Syndrome). He could return with his mom and, as tends to happen within the extended Forrester/Logan family tree, fight sorta-kinda sibling R.J. for the affections of some lucky young lady! 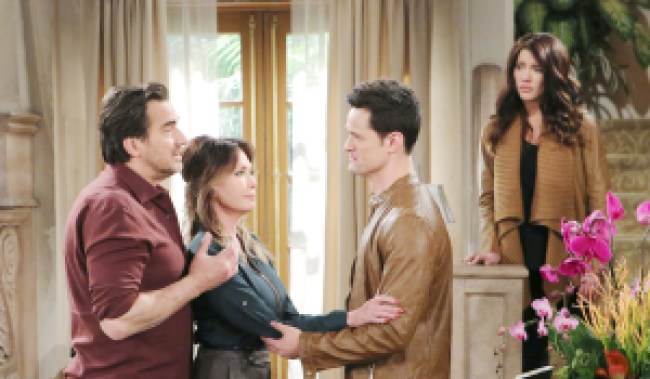 4. Steffy and Thomas Could Use a Reminder of Whose Team They’re On

As news spread that Shauna and RIdge had run off and gotten married in Vegas, Thomas and Steffy spent a fair amount of time expressing their sympathies for Brooke — you know, the woman who had torn their family apart repeatedly over the years! Now, while you or I may have waffled occasionally as to whether Ridge belonged with Brooke or Taylor, Steffy and her brother were most certainly in their mom’s corner! They may not have loved that Ridge so routinely swapped mates (and Steffy certainly learned nothing from the experience, based on her own relationship with Liam), but they certainly weren’t cheerleading a Brooke victory!

5. Ridge Could Soon Be Ready to Rebound Again

Eventually, the secrets Shauna and Quinn are keeping will come to light, sending Ridge into a tailspin. Odds are, this will happen right about the time Brooke has decided to recommit herself to Bill (likely with Katie’s full support, given how ambivalent she’s been about the guy of late!). Now, if there’s one thing we all know about Ridge, it’s that he has the marital equivalent of OCD, rendering him physically incapable of going more than a few months without putting a ring (or string, as the case may be) on a woman’s finger. Timing is everything, but if Taylor plays it just right, she could find herself in the line of proverbial fire when Ridge starts looking around for someone to play (wedding) ring toss with!

So what do you think, Bold and Beautiful fans? Are we right to think Taylor needs to jet back to Los Angeles on the first available flight? Weigh in via the comments section, then click on the photo gallery below to see what other characters we desperately want to see return to this show! 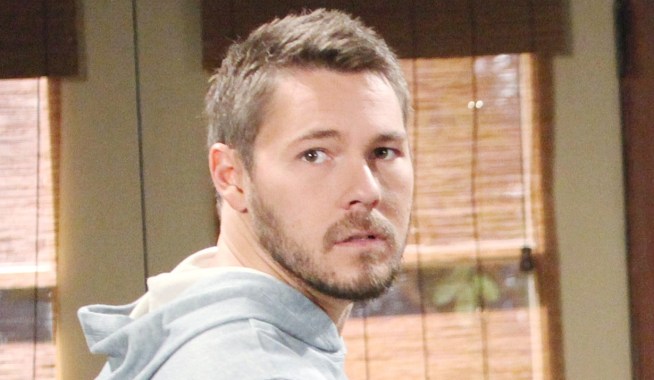 The Bold & Beautiful’s Liam May Finally Get What He Has Coming to Him — Courtesy of Hope and Steffy!

The Bold and the Beautiful's Darin Brooks and Kelly Kruger Celebrate Their Daughter's First Birthday: 'You Are the Best Thing to Ever Happen to Us!' 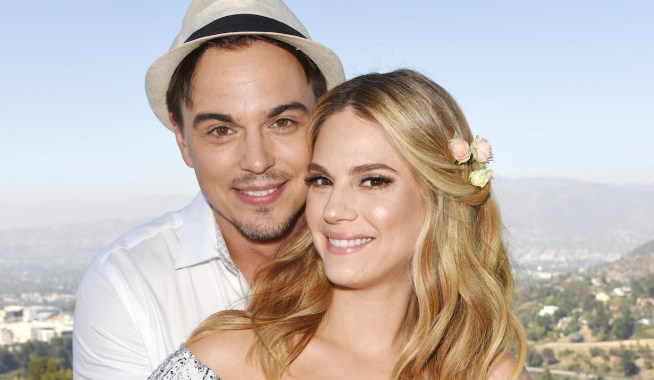