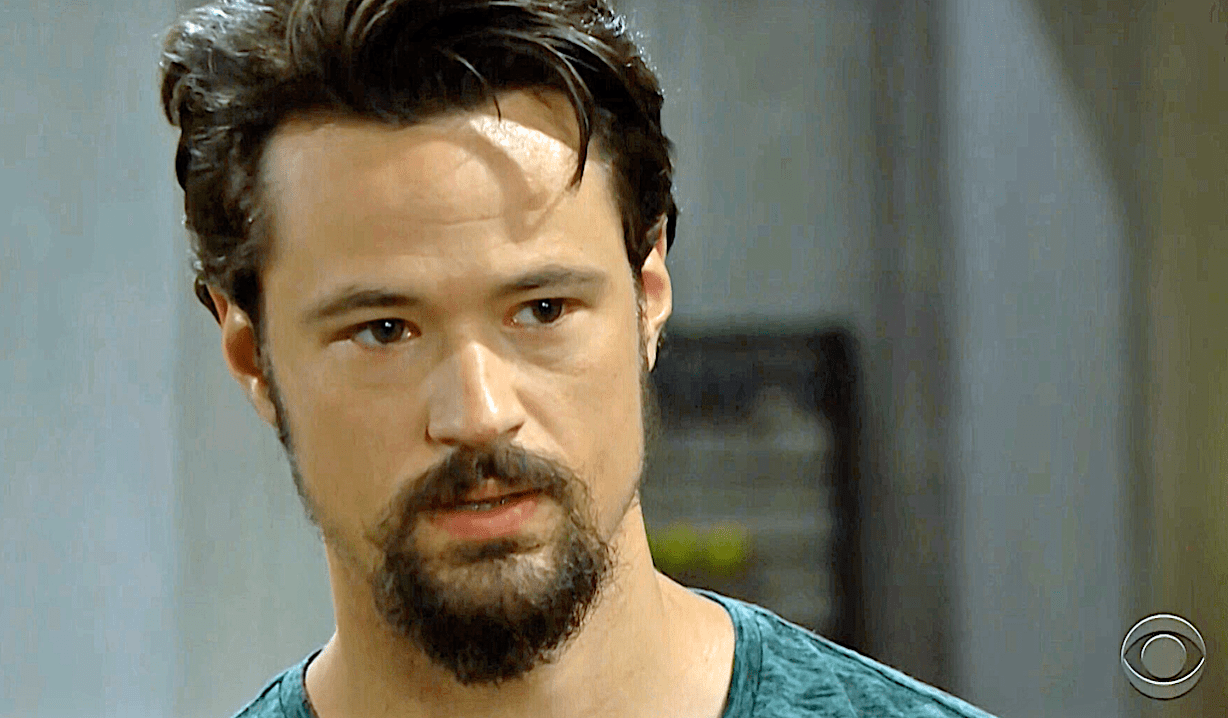 When, exactly, did the Hope-stalking, baby-swap-prolonging supervillain exchange his devil’s horns for a halo?

Hey, we’re all for a redemption arc. We’ve bought into them time and again, for everyone from Days of our Lives vixen Kristen DiMera to The Young and the Restless’ conniving Adam Newman (though in his case, um, maybe we shouldn’t have!). But we’re having a harder than usual go of it with the “story” of Thomas Forrester’s redemption on The Bold and the Beautiful. Why’s that? Let us count the ways.

For starters, we’ve seen the baddie, who for months let Hope believe that her daughter was dead, make no effort whatsoever to turn over a new leaf. We’ve heard that he did — Hope thanked him on September 21 for “doing the work on yourself so that you can be a better father” to Douglas. But do we have any feel for that work? Any sense that it’s been undertaken, much less completed? Uh, nope. Seeing is believing, and we ain’t seen diddly!

More: Liam’s about to get *exactly* what he deserves!

Moreover, most everyone on the show is behaving as if accepting Thomas as a fine, upstanding member of the Greek chorus is the new normal. What Kool-Aid have they drunk — and how much of it?!? This is the dude who not only let sister Steffy start raising a baby that was never hers to keep but attempted to blackmail Hope into getting it on with him. “Actions speak louder than words,” Hope told Thomas in that same episode. “Douglas sees that, and so do I.” Yeah, but we don’t! All we’re getting are words, no actions — we’ve seen zero evidence that Thomas has done any soul-searching, much less found that he has one. (Unless sprouting facial hair is a heretofore-unknown side effect of having had an epiphany.) And shouldn’t we have to be as convinced that he’s a changed man as his fellow characters?

Mind you, none of this is meant to suggest that Thomas hasn’t changed. He has — so much so that we hardly recognize him these days. For one thing, he’s suddenly pro-Liam and Hope. The schemer who once orchestrated a Liam/Steffy kiss and called them one another’s destiny, now says things to Hope like, “He’s made a decision to be with you and your family, OK? He needs to stick to that and leave Steffy alone!”

More: Katie may have the worst sisters ever — here’s why

Who! Are! You! Thomas went on to tell the object of his obsession, “Douglas and I are both better off having you in our lives, and if I don’t say it enough, thank you.” That in and of itself isn’t remarkable. But what is astounding is the fact that he said it without so much as a hint of any lingering underlying feelings for the woman he spent so long trying to manipulate into bed, marriage — the works. And that was fine by her. It was all “Bygones!” Heck, when Thomas paid lip service to the negative influence that he might have had on his son in the past, Hope assured him that “it’s like all that stuff never even happened.”

“All that stuff”? Like the way Thomas weaponized the little boy in hopes of sealing the deal with Hope and the way he left Emma for dead without even checking to see if she still had a pulse? Oy. We understand the desire to dial back Thomas’ villainy in order to keep him a vital part of The Bold and the Beautiful, but this is stretching our imaginations to the snapping point. (Thank goodness there remains at least some semblance of a throughline in Thomas’ interactions with nemesis Liam; if they were high-fiving and exchanging tofu recipes, we’d have lost what few marbles we have left!)

More: Everything wrong with Steffy’s intervention

What do you think, Bold & Beautiful fans? Are you buying Thomas’ transformation? Are you willing to overlook the plot holes to keep him a part of the canvas? Hit the comments with your thoughts, but before you do, check out the below photo gallery, a rundown of the show’s wildest, craziest characters ever — emphasis on the crazy.

The Bold & Beautiful’s Liam May...

Bachelor Alum Colton Underwood Comes Out as Gay on GMA: 'I Ran From Myself for a Long Time' (Watch)