Denise Richards’ Exit Confirmed: The Bold and the Beautiful Star Is Leaving The Real Housewives of Beverly Hills 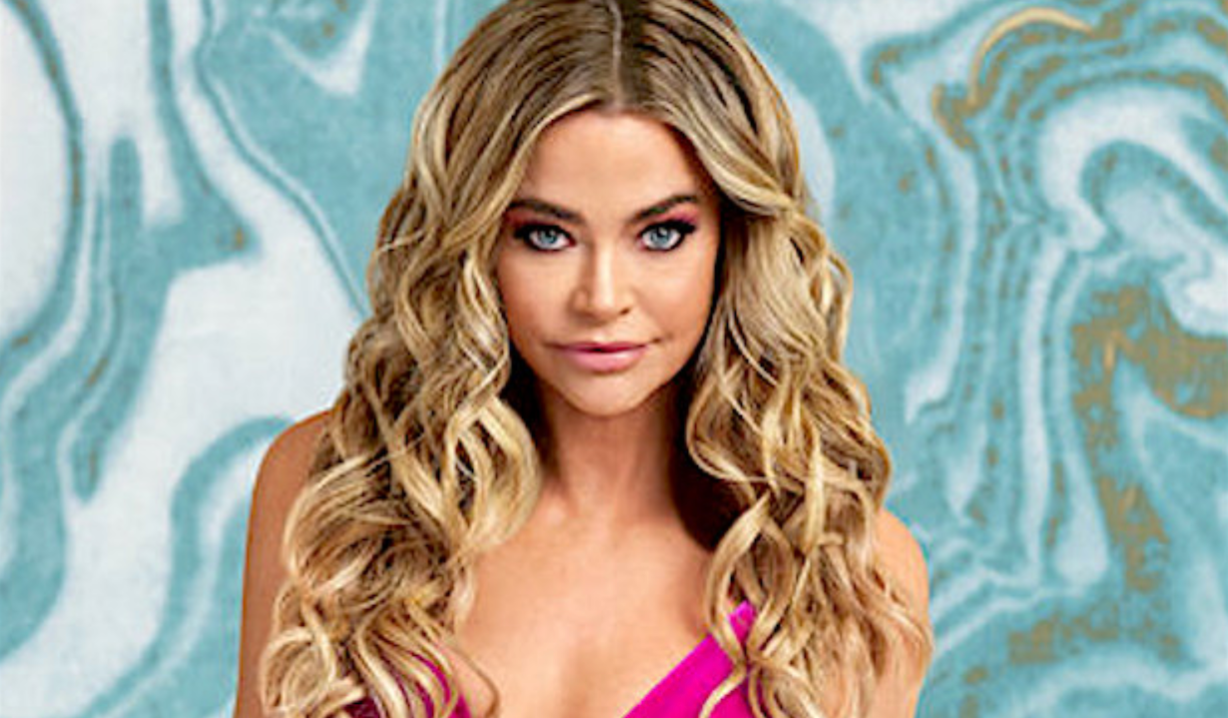 The actress’ second season of the Bravo reality series was also her last.

Well, that ended, ahem, real quick. Denise Richards (Shauna, The Bold and the Beautiful) will not be returning for a third season of Bravo’s The Real Housewives of Beverly Hills, a rep for the actress confirmed for our sister site, Variety.

No reason was given for her departure, but neither is one difficult to guess. In the reality show’s recently-wrapped 10th season, Richards was at the center of a major controversy: Former Housewife Brandi Glanville — aka the onetime Mrs. Eddie Cibrian (ex-Matt, The Young and the Restless) — accused her of saying that she and husband of two years Aaron Phypers had an open marriage, so it was fine and dandy if the co-stars hooked up. Then, Glanville alleged, Richards changed her tune and said that Phypers would kill her if their tryst were to be revealed.

As for the Housewives, they seemed to turn against Richards, accusing her of trying to downplay her anything-goes sex life this season (whereas no topic had been off limits during her first go-round). They might have been onto something, too: At one point, Richards even recited the three magic words — “Bravo, Bravo, Bravo” — that are said to have been a cue to the producers not to air certain footage. (It didn’t work.)

In the finale, Housewife and soap alum Lisa Rinna (ex-Billie, Days of our Lives) confronted old friend Richards, in so doing suggesting that the actress had sent both Bravo and Glanville cease-and-desist orders. Yikes!

Ironically, it was just yesterday — September 9 — that Richards celebrated her second wedding anniversary with Phypers. “So blessed and grateful to have you as my soul mate, twin flame, partner in crime, confidant, best friend, lover, best daddy to Eloise and our menagerie of beautiful, furry misfits, best stepdad ever, most supportive of my career… ” she Instagrammed. “I couldn’t imagine going through this beautiful journey with anyone other than you.”

Happy 2nd Anniversary my ❤️ …. so blessed & grateful to have you as my soul mate, twin flame, partner in crime, confidant, best friend, lover, best daddy to Eloise, & our menagerie of beautiful furry misfits, best step dad ever, most supportive of my career, I know my mom brought us together & I couldn’t imagine going through this beautiful journey with anyone other than you. I love you so much💕 @aaronwilliamcameron 📸: @michaelsimon64 glam: @carlitos_hair @joannaschlip dress: @mark_zunino

Sweet, right? Anyway, after all that Real Housewives of Beverly Hills drama, it must seem like a walk in the park for Richards to report to work at The Bold and the Beautiful. Although on screen, she’s certainly embroiled in enough drama for three people. Shauna, as you surely know, tricked Ridge right out of his marriage to Brooke and into one with her. The union is doomed, of course — these are just 10 of the reasons why! — but it’s a hoot watching Flo’s mom work her wiles on “the dressmaker,” thus thwarting “destiny,” however temporarily.

Say, while you’re here, you might also enjoy perusing the below photo gallery. It’s a “Wait, can that possibly be right?!?” collection of soap actresses — yes, including Richards — and their in many cases forgotten first real-life husbands. All you have to do to check it out is click! Get your free daily soap opera fix for Bold and Beautiful, and all other soaps delivered to your email inbox by signing up for Soaps.com’s newsletter. 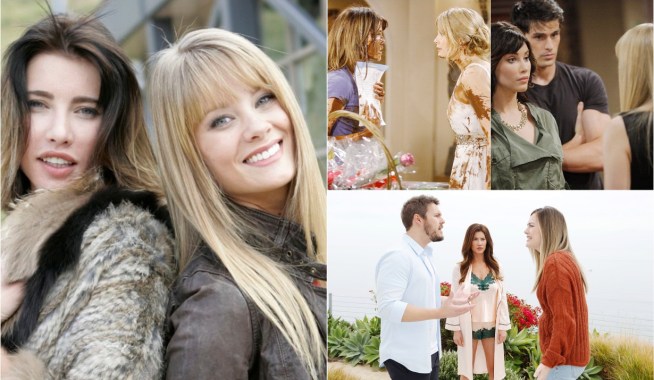 The Bold and the Beautiful's Unluckiest-in-Love Character — and the 7 Iconic Soap Actresses Who Could Change All That! 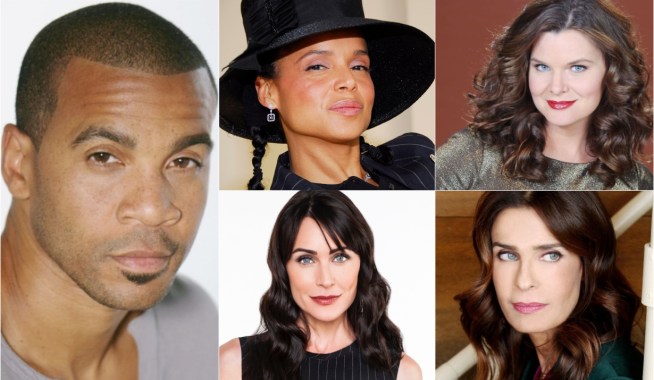