The Bold and the Beautiful’s Ridge: The Woman He *Should* Choose, The One He *Will* Choose — and the Shocker We *Wish* He’d Choose! 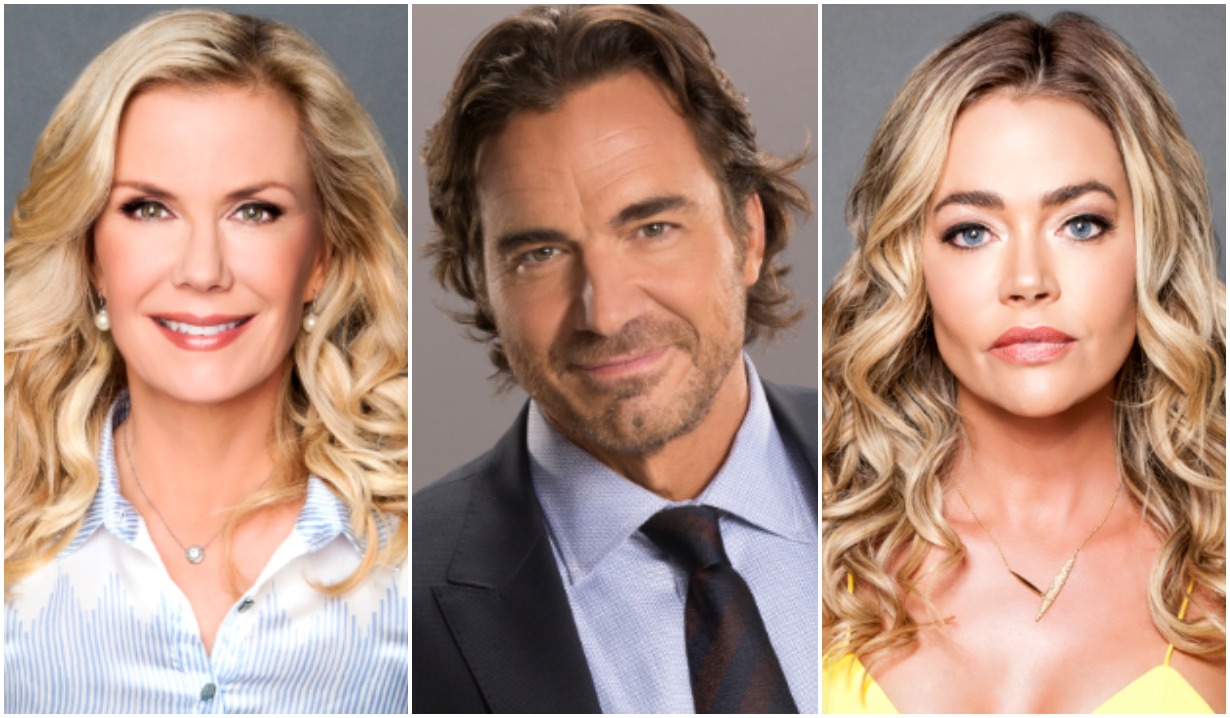 Not since the last season of The Bachelor has any man’s romantic quandary been such a source of fascination!

Did someone order waffles? Because of late, The Bold and the Beautiful’s Ridge has been doing an awful lot of waffling. (Careful, Liam — your title as The Show’s Biggest Waffler may just be in jeopardy!) One minute, “the dressmaker” is flirting up a storm — and making out — with Shauna, the next he’s acting shocked to think that he might have cheated his destiny with Brooke.

It’s good, sudsy fun, right? But as entertaining as it is to watch ol’ Casanova toss and turn in a bed of his own making — well, with an assist from the scheme team of Shauna and BFF Quinn — we’ve decided to make up his mind for him. We don’t think he’ll take our sage advice — fictional characters so rarely do! — but that won’t stop us from dishing it out.

See below to read our picks for the sanest decision Ridge could make, the most fun one he could make — and, finally, the totally out-there one we only wish he’d make! Ready? Here we go…

The One He Should Choose

Ridge and Brooke are right when they call one another their destiny. They’ve been on the marry-go-’round for so long that there’s no real question as to where the ride will end: It’s with them back together again. Always. We even recently tried to explain this to Shauna, but again, fictional characters are not the best listeners. Plus, are we really to believe that a couple that’s been circling one another for more than a quarter of a century — and has gotten past such missteps as Brooke accidentally shagging her daughter’s boyfriend and Ridge deliberately getting engaged to his ex-wife’s sister — is really going to be ended by one little smoocheroo between Brooke and Bill? Nope, we ain’t buying it. The only sensible thing for Ridge to do is say, “Sorry, Shauna, but when I said ‘I do,’ I left out the words ‘… need to be getting back to Brooke now.’” 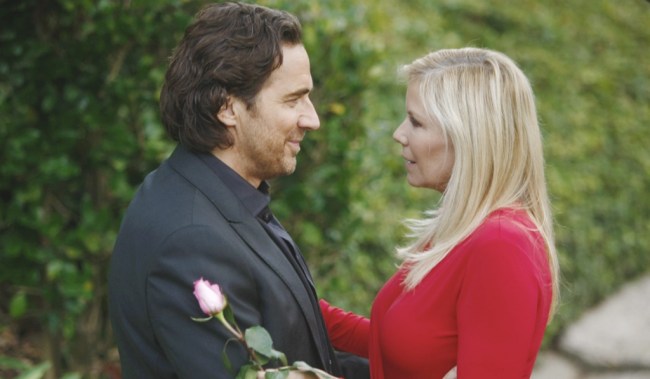 The One He Will Choose

Quinn’s plots tend to unravel over time like a well-worn sweater. (Remember when she cast herself and an amnesiac Liam as a modern-day Adam and Eve to pave the way for Wyatt to marry Steffy?) But those same harebrained schemes of hers do work for a while. So we suspect that Ridge will elect to stand by Shauna — partly out of a misplaced sense of obligation, partly thanks to the gal pals’ scheming — and give their marriage a go. It won’t go far; non-daytime-soap vets like Denise Richards rarely stick around for the long haul (right, Lorenzo Lamas, Linda Gray, Patrick Duffy and/or Wayne Brady?). But it’ll be fun while it lasts. Maybe, despite the way that this plot has tarnished the character of Shauna — we have, uh, strong feelings about that! — they can even recapture a bit of the spark and fizz that once made us root for them as an attractive alternative to, you know, destiny. 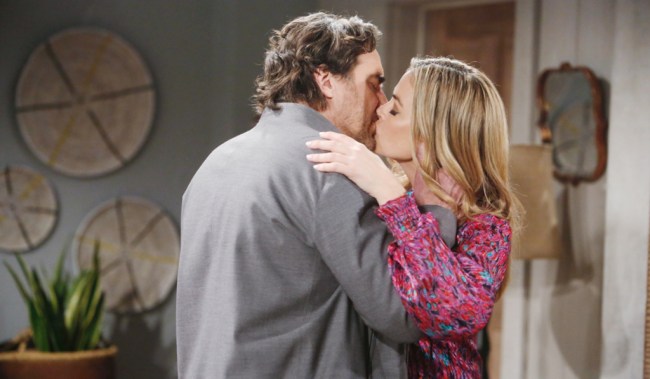 The One We Wish He’d Choose

Were it up to us, this is how things would go down: Once Quinn and Shauna’s machinations were exposed, the former would find herself kicked to the curb by hubby Eric, whose tolerance has already seemed to border on insanity. While Shauna licked her wounds — and commiserated with Dollar Bill, who knows all too well how hard it is to fight “destiny” — Quinn would congratulate Ridge on finally getting her out of his family. In response, he’d point out that Quinn brought her divorce on herself. But he was still grateful to her, in a twisted way. She’d made him see that he didn’t deserve Brooke. If he could be so easily duped by Shauna, he was neither smart nor strong enough to be worthy of his on-again/off-again wife. He was going to go it alone from then on. A solo act. So was Quinn, she’d say. Men had been nothing but heartache for her, anyway. More trouble than they’re worth. Suddenly, despite their animosity toward one another, they’d recall the chemistry that once nearly got Ridge banished from Eric’s life. They’d kiss… they’d more (!) than kiss… and boom! A scandalous new supercouple would be born. 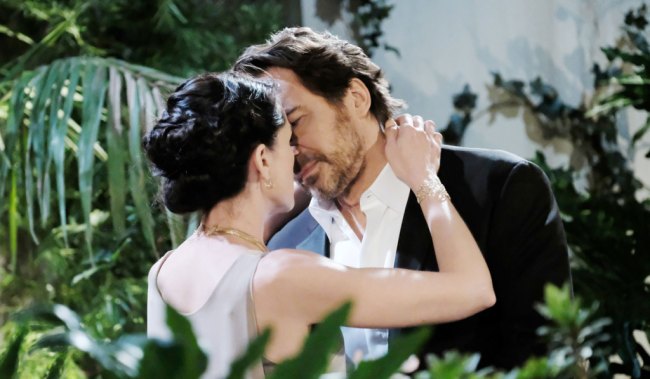 What do you think? Who should Ridge choose? Who will he choose? Sound off in the comments below, and while you’re here, check out the below photo gallery, a list of 10 painfully-obvious reasons that Shauna stands a worse chance of hanging onto Ridge than an ice cube does of breaking a sweat in the freezer! 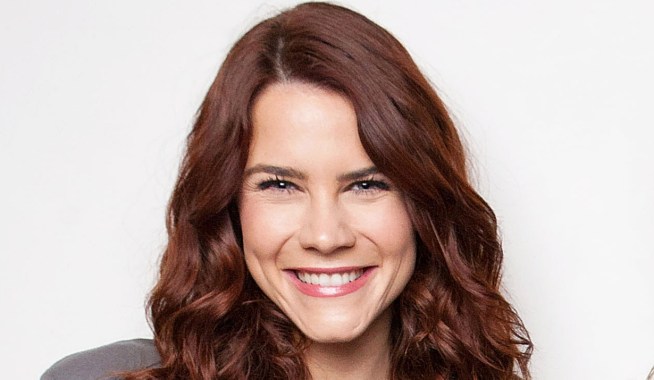 The Bold and the Beautiful Fans Won't *Believe* Which Character Is Moving to the Frontburner! 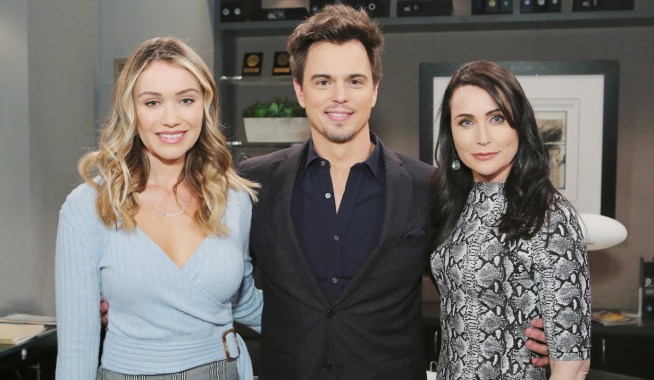