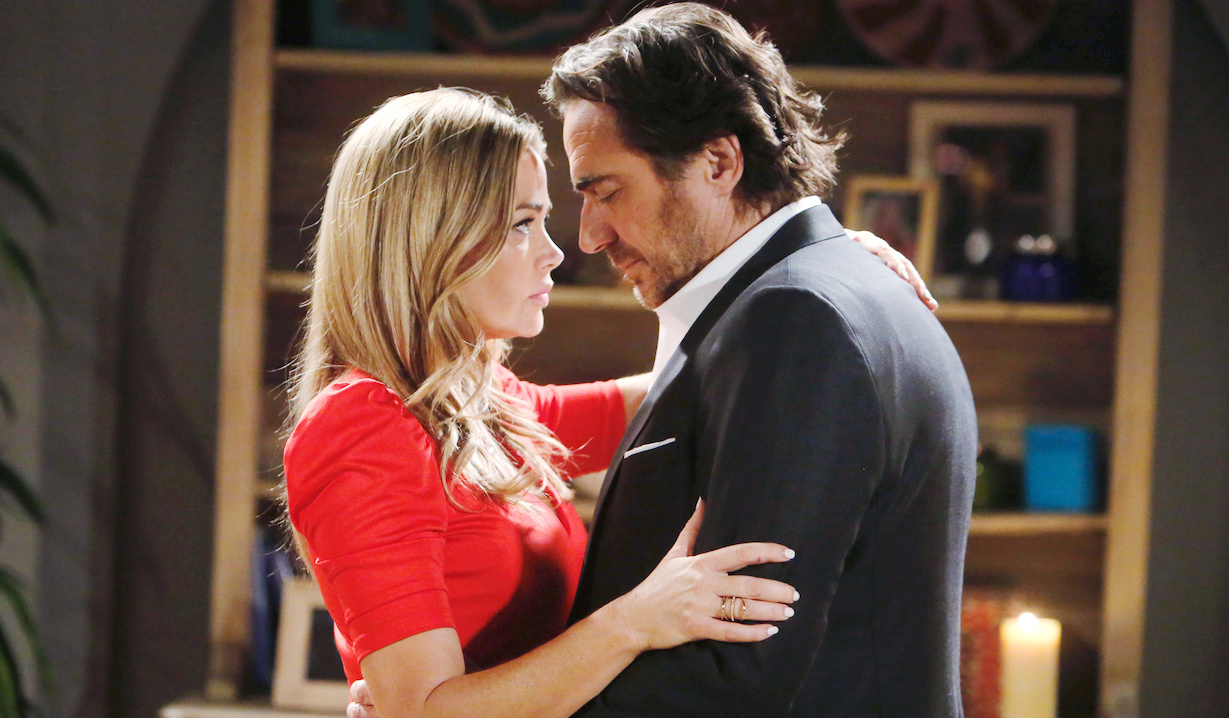 Denise Richards and Thorsten Kaye gave an exclusive look at the set of Bold and the Beautiful while taping recent scenes. A scene from this clip below is Richards acting alongside a dummy, which is a stand-in for Kaye, while a crew member stands about 12 feet away, offscreen.

Richards tells Access Hollywood’s Scott Evans, “We get tested two or three times a week for the COVID. We have to be eight feet apart from everyone.” Evans showed a clip of Shauna and Ridge getting married and when the groom went to kiss his bride, a little movie magic happened. Though it looks as though the couple is kissing, Richard’s real-life husband Aaron Phypers stepped in for the close-up.

Up next was Kaye, who joked that he was glad Phypers was in good shape. The camera angles were switched and shown was the actor dishing his own lines to a mannequin wearing a blonde wig. While Kaye acted against the dummy, Richards was repeating the lines she gave the dummy moments before, from a safe distance off-camera, while Kaye emoted.

The life-size blow-up doll used for a hospital scene between Ridge and his daughter Steffy Forrester (Jaqueline MacInnes Wood) once played a corpse for her mother, Hunter Tylo (Dr. Taylor Hayes). It looks as what you’d expect and when you watch, you’ll likely crack a smile at Ridge leaning over to give ‘Steffy’ a kiss.

Once you’ve watched the video, you’re going to want to take the gallery filled with couples Bold and the Beautiful stars’ real-life couples. And while you’re here, sign up for the Soaps.com’s newsletter which includes interviews, recaps, news and spoilers.

The Bold and the Beautiful's Darin...