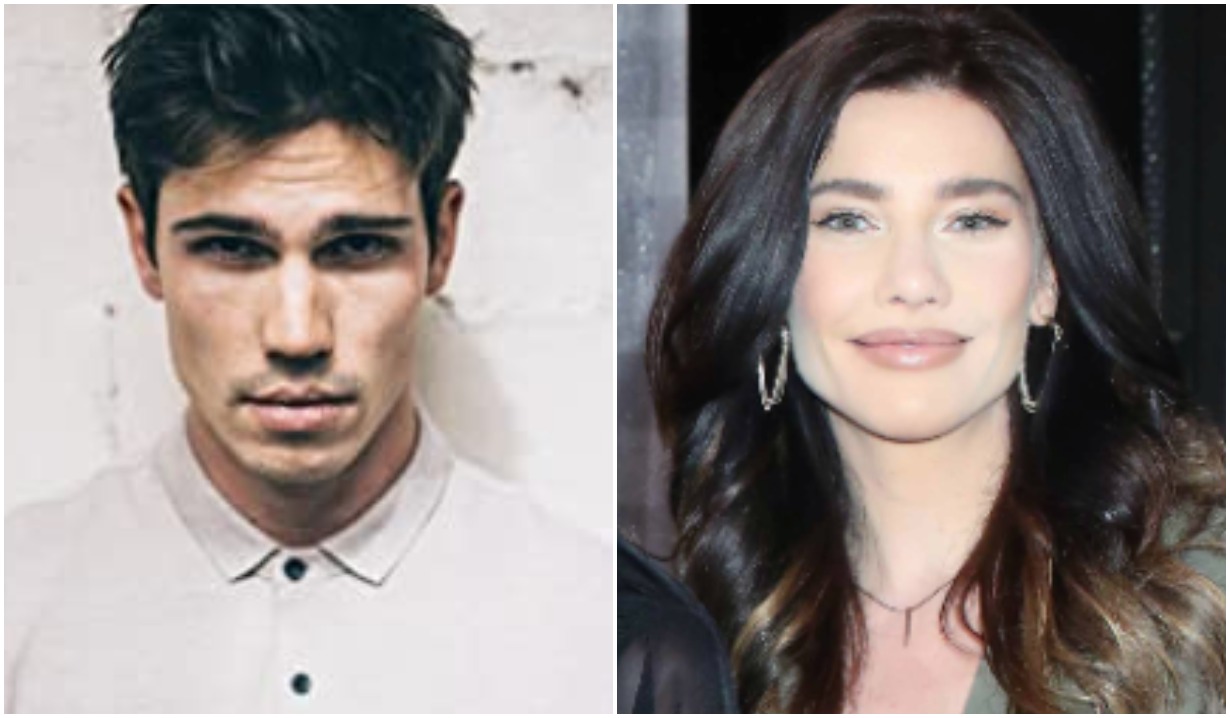 The show’s newest hunk knows how to make a first impression that lasts.

The Bold and the Beautiful’s Jacqueline MacInnes Wood (Steffy) couldn’t seem to contain her excitement when her new leading man, Tanner Novlan (Finn), “brought a little surprise” to her at work: a Coffee Crisp candy bar and a bottle of Clearly Canadian.

The sweet treats weren’t just thoughtful, either — although thoughtful would have been nice enough. They were also altogether apropos since Wood hails from Windsor, Ontario. “She gets it,” said Novlan, a fellow Canadian who adorably identifies as “the pride of Saskatchewan” on his Twitter page.

“It’s just so good,” cheered Wood, using more Os for emphasis than there’s room for in this short article. Amused, Novlan’s wife, The Bold and the Beautiful’s former Caitlin, Kaya Ewell, responded with a couple of heart emojis.

Brought a little surprise. She gets it. 🇨🇦

Though the new castmates appear to get along fantastically, their first love scene as Steffy and Finn likely won’t be with each other. At least not just with each other. As Wood told Entertainment Tonight, “People’s wives and husbands [are] coming in and looking exactly like the character” for whom they’re filling in.

Naturally, Wood’s spouse, Elan Ruspoli, is ready to do his part. “He’s making jokes,” she said. “He’s like, ‘When is my time?’ But yeah, he may have to come in for a few shots here and there.”

In the mood for some more of The Bold and the Beautiful? Click on the photo gallery below to check out images of the cast and their real-life mates — and potentially next on-screen scene partners!