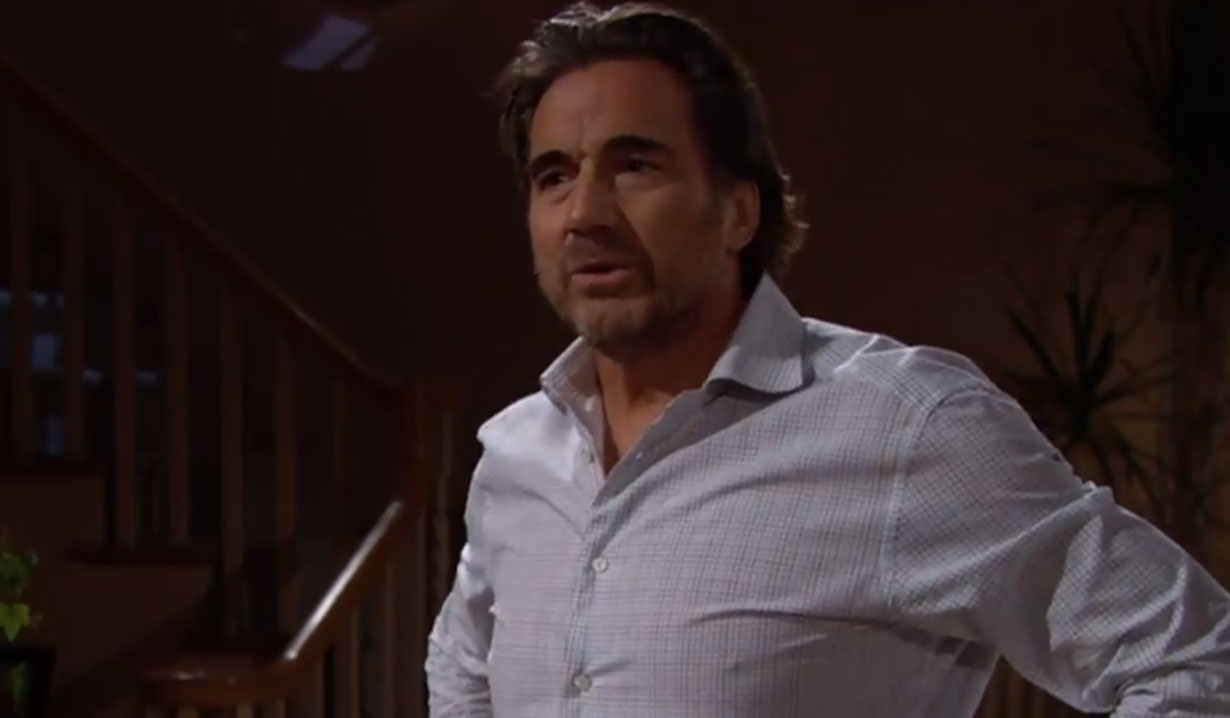 Bold is back in this amazing preview.

Today marked the return of new episodes of CBS’ Bold & Beautiful. In the first new episode, Katie filled Carter in on Bill and Brooke’s kiss, along with Shauna being enamored with Ridge. Zoe later explained to Carter about Thomas’ plan to marry her only to make Hope jealous, which was a complete failure. Carter advised Zoe she can do much better than Thomas Forrester. Then Katie told Zoe and Carter about Sally’s illness which is slowly killing her.

A promo at the end of Monday, July 20’s episode teasing what is to come. The video showcased Wyatt racing into the house to presumably rescue Flo. Sally is knocked out, and later seen in a hospital bed and asked by a doctor if she’s ready for visitors. Ridge is stunned when Shauna returns and reveals she and Ridge are married. Brooke confronts Quinn and Eric, and Eric is in disbelief about what she has to say. Steffy is stunned when her father reveals that his marriage to Brooke is over, while Quinn pushes Bill not to give up hope on Brooke. Then things take a shocking turn. Steffy is on her bike when she gets into an accident with a car. She regains consciousness in the hospital, where she is attended to by Dr. John Finnegan. Bill is questioned about being at the scene of the accident, and he cries it all happened so fast. And then the promo teases romance to come, including Zoe getting an eyeful of Carter, and Brooke trying to seduce Ridge.

See if you can spot some of the social distancing in the promo and let us know your thoughts on this, Monday’s episode and if you’re excited to see the rest of the week.

Read our Bold & Beautiful spoilers to find out what the next part of Sally’s plan is, and be sure to subscribe to the Soaps.com’s newsletter to have all the latest news sent to your email.

Rate The Bold and the Beautiful's...