Bold & Beautiful’s Heather Tom Previews Katie’s Big Bill Dilemma: ‘What Am I Willing to Put Up With?’ 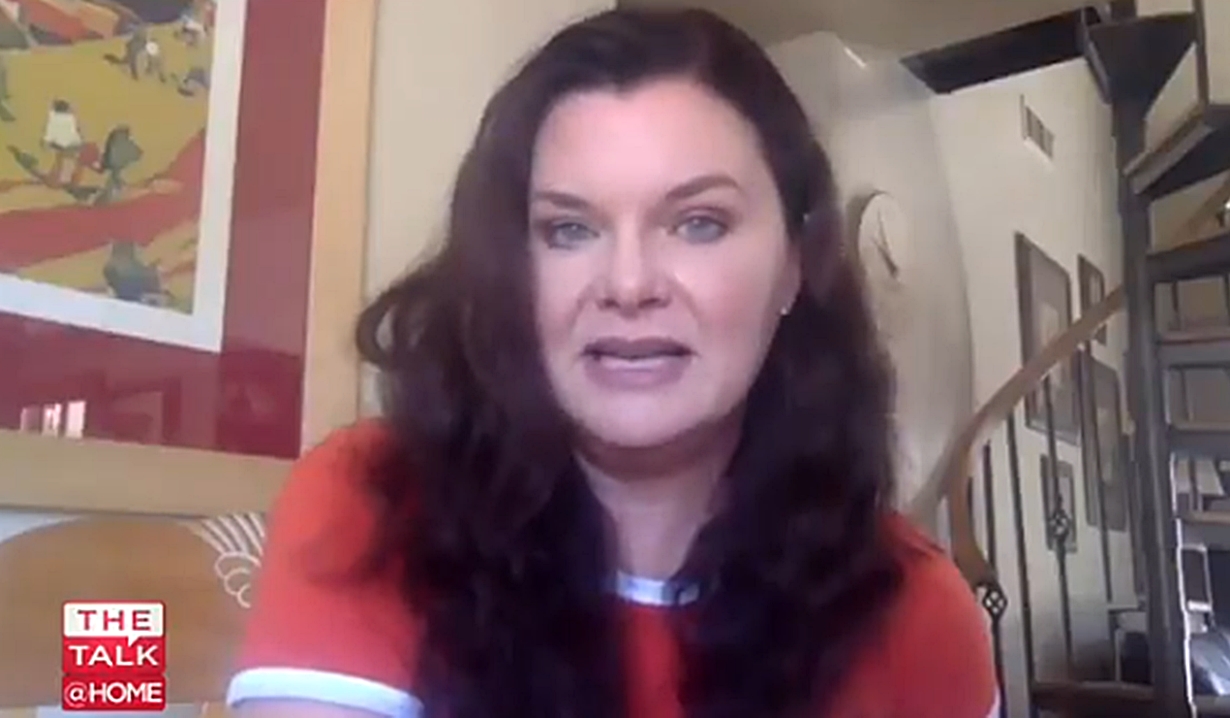 Bold and Beautiful actress is grateful for conflict.

Bold and Beautiful actress Heather Tom, who plays Katie, the Logan sister who seems perpetually beleaguered by issues in both health and love, appeared on CBS’ The Talk on Wednesday July 15 to discuss the cast and crew’s return to filming amid stringent safety protocols following the extended production shutdown due to the global viral illness, and also hinted at what’s ahead for her character.

Tom relayed that she “wasn’t nervous” and felt “very well taken care of,” but spoke of a learning curve due to the many protocols it is necessary to follow. The actress revealed there is a viral expert on set the cast can co-ordinate with, and was so impressed with how things went after her first day, she emailed executive producer Brad Bell to tell him, “This was remarkably smooth.”

Though they’re not necessarily working at their usual pace, she believed Bold and Beautiful would “set a good example for other shows.” She stressed that Bell began preparing for a safe return to set from the minute they went down, and added, “Everyone wants it to work,” and “We’re all in this together.”

The Talk’s Sheryl Underwood, who has made several Bold and Beautiful appearances as Emmy, asked Tom about her character’s husband, Bill Spencer (Don Diamont) cheating on her with her sister Brooke Logan (Katherine Kelly Lang) – again – and whether there was any chance for forgiveness. Tom laughed and replied that it’s “such a gift to have conflict on daytime,” before explaining that she feels Katie will always forgive her sister and “couldn’t possibly cut her sister out of her life.” She further hinted that Katie is “weighing” and asking herself, “What am I willing to put up with?”

Watch the video interview below, check out our Bill and Katie gallery, then make sure you’re signed up for Soaps.com’s newsletter to get more soap news delivered straight to your inbox.

Wednesday on “The Talk@Home” @BBheathertom discusses returning to the set of @BandB_CBS and new safety protocols. pic.twitter.com/PlFMi98HtZ