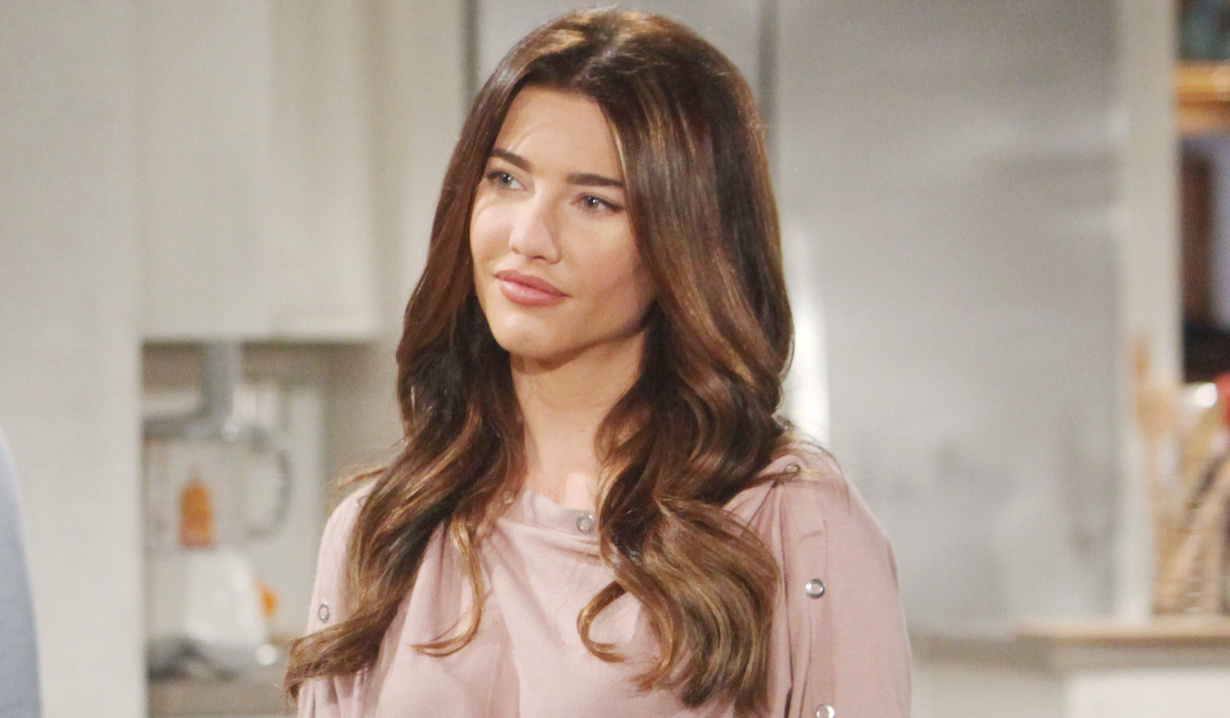 We’re only five days away from our first brand-spanking-new episode of The Bold and the Beautiful in months — as well as the first episode taped post-shutdown. If anticipation was running any higher, we’d need a ladder to even see it. No doubt well aware of our excitement, leading lady Jacqueline MacInnes Wood (Steffy) shares a peek at what she calls her “new normal.”

As you can see, it’s a heckuva lot more adorable than we ever imagined. This is “how I learn my lines now,” the actress captioned a photo of herself snuggled up with son Rise (who looks keenly interested in that script, doesn’t he?) and her pit bull, Ja’mie (significantly less interested).

The Emmy winner has her work cut out for her in the weeks ahead. In the Wednesday, July 22, episode — one of the last shot before production ground to a halt — Steffy’s motorcycle joyride ends in disaster. On the plus side, her accident involving ex-father-in-law Bill results in her crossing paths with the show’s hot new doctor, John “Finn” Finnegan, played by Tanner Novlan, the Roswell, New Mexico, alum who’s married in real life to former B&B star Kayla Ewell (ex-Caitlin). (Sadly, it would appear that the show didn’t adopt our can’t-miss plan to introduce the actor, arguably most recognizable for his hilarious Liberty Mutual ads.)

Also ahead for Wood’s resilient character is an emotional reunion on Friday, July 24, after Bill calls his nemesis, “dressmaker” Ridge, to let him know that… oops, he almost made roadkill of his daughter.

As you continue counting down to The Bold and the Beautiful‘s return on Monday, July 20, why not kill some time perusing these gorgeous portraits of the current cast? Your eyes will thank you!