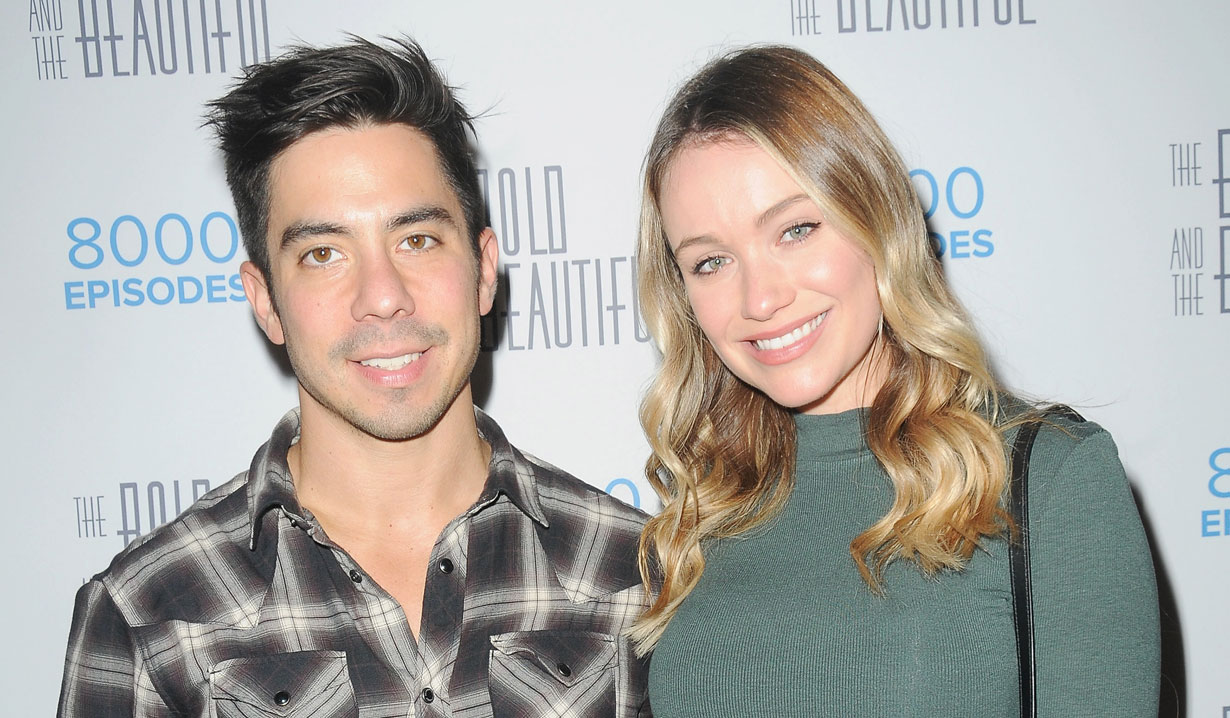 As we previously reported, Bold & Beautiful planned to use actor partners, mannequins, and yes even blow-up dolls in order to film love scenes. Speaking to the Associated Press, executive producer Bradley Bell said of the techniques, “We feel almost like television pioneers all these years later because we’re the first ones out, blazing new ways of producing the shows with the current safety standards, and we’re getting the job done. It’s very exciting!” To safely film scenes with partners, the actors are filming with a stand-in doll that is off-camera that they are talking to. “But the fact is they’re all alone on the stage, making television magic,” Bell says. Scenes are then cut together to make it appear the actors are sharing the same stage in the scene. One of the dolls is a mannequin used in the cemetery scene involving the faked death of Taylor Hayes (Hunter Tylo) years ago, while the other is one never used before.

The husbands and wives of the actors are playing a part too, including Katrina Bowden’s (Flo Fulton) husband Ben Jorgensen. When we last saw her character Flo, she had been clobbered over the head by Dr. Escobar (Monica Ruiz) and Escobar along with Sally Spectra (Courtney Hope) were dragging the unconscious Flo off. New spoilers indicate the duo chains her to a radiator, but fear not Wyatt Spencer (Darin Brooks) comes to her rescue. However, it’s Bowden’s husband Jorgensen who kisses the maiden after he rescues her. Bell explains, “It really called for a big embrace and a kiss. So once she was freed, we stopped tape, Katrina’s husband came in and they finished the scene. We see the back of his head, and I think it’s very convincing it’s really Darin.”

Bold & Beautiful is the first of the four soap operas to resume filming. With the implemented safety measures, so far all employees have been testing negative. They are using Reel Health to monitor and serve the cast and crew. The company hires medically trained workers to monitor sets and enforce protocols developed by a company epidemiologist and in accordance with industry and government standards.

Browse a gallery of the other partners of Bold & Beautiful actors below and then make sure you are signed up for Soaps.com’s newsletter to have all the latest news delivered to your email.

The Bold and the Beautiful May Be...