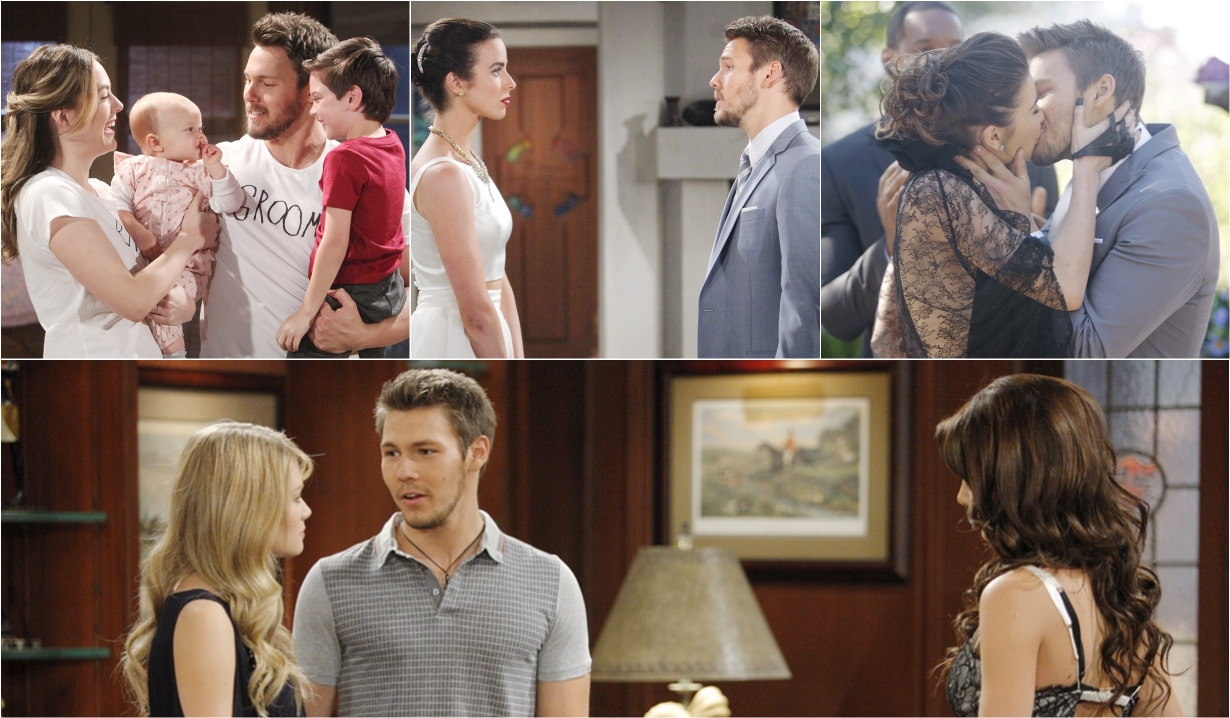 Bold and Beautiful character’s life is ever-changing and complicated.

Scott Clifton debuted on Bold and Beautiful as Liam Spencer on July 19, 2010, shortly after leaving his role of Schuyler Joplin on One Life to Live. In honor of the upcoming anniversary of his ten-year run on the CBS soap opera, we’re taking a look back over his character’s life and loves.

Liam Cooper arrived in Los Angeles as a nerdy computer tech who had just lost his mother, Kelly Cooper, who had pointed him toward Forrester Creations to find the father he’d never known. Since Thorne Forrester (then Winsor Harmon) and Bill Spencer Jr (Don Diamont) had both dated Kelly, DNA testing was undertaken and Liam’s biological father was revealed to be Bill.

Hope Logan (then Kim Matula, now Annika Noelle) helped Liam through the process and they fell for one another, though Steffy Forrester (Jacqueline MacInnes Wood) eyed him up as well. After getting drunk and hitting his head, Liam woke up with Amber Moore (Adrienne Frantz) and was led to believe he had fathered her child. He hadn’t. Liam proposed to Hope, but kissed Steffy, who realized she loved him after he saved her from drowning. Hope returned the engagement ring, and Liam married Steffy in Aspen.

Thus began a love triangle that has featured for Clifton’s entire tenure at Bold and Beautiful, aside from a few dalliances with the likes of Ivy Forrester (Ashleigh Brewer) and Sally Spectra (Courtney Hope). Liam also experienced another knock to the head, and this time ended up held captive in a cabin by Quinn Fuller (Rena Sofer), who convinced an amnesiac Liam that they were husband and wife.

Liam’s relationship with his father has also been on-again, off-again, as Bill has a penchant for manipulation, a disdain for Liam’s kinder sensibilities, and a thing for Steffy. They became completely estranged when Bill and Steffy hooked up, which Liam found out when she was pregnant with his child and a DNA test had to be run.

Liam now has a daughter with Steffy (Kelly) and Hope (Beth) following a nightmarish year in which Liam and Hope believed their baby had died.

More: A plan for Steffy’s new man on B&B

Check out the gallery below to see photo highlights from Liam’s 10 years in Los Angeles, then make sure you’re signed up for Soaps.com’s newsletter to get more features and soap news delivered straight to your inbox.