Bold & Beautiful Fan Fiction: Steffy’s Shaken to the Core After Thomas Reveals a Photo on His Cell 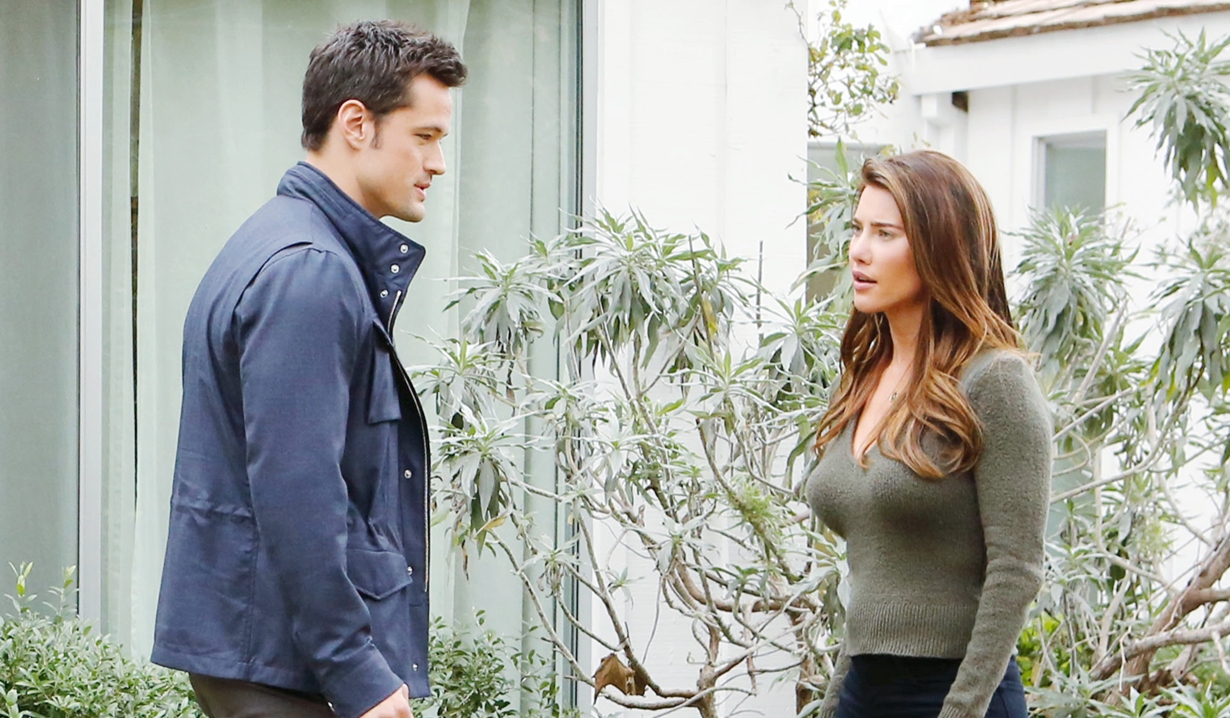 Back from the dead…

We’re back with more fan fiction, this time for Bold and the Beautiful. Go on a journey of discovery with Steffy as she learns her dead twin Phoebe is alive…

Steffy drops Thomas’ hand as if she touched a cauldron of burning hot lava. He doesn’t blame her. He lost his way when Phoebe died. His ultimate failure as a big brother, protector. He saw her tonight. Bubbly Sweet Phoebe! Quickly, Thomas grasps Steffy’s trembling hand.

“Listen to me, Steffy,” Thomas urges softly. “I saw our baby sister. Phoebe is alive. The airport has a posh suck up section for wealthy clients. A few girls passed flutes of Champagne. I walked back into the concierge as she was leaving with a man. Out of the corner of my eye, I noticed Bocelli curls, perfect blonde ringlets. They tugged at my heart because I thought of Phoebe. Sadness ate inside of me; our eyes locked. It was Phoebe. Her eyes shone with relief and fear. Surpassingly, my common sense didn’t fail me, and I snapped her picture.”

Tears drops down Steffy’s face, “Thomas, she dead. She’s gone. She was stolen from us… I can’t… I can’t dream or hope for her. I lost Phoebe again a few months ago. Don’t make me do this. The best part of me died when she died. I can’t,” Steffy pleads.

Thomas tenderly wipes away Steffy’s tears with his thumb, “Our lives became a living nightmare after she died. We are struggling. I have control in my designs. Reality is a mess for me. We both accept less love than we should from people. I made so many stupid mistakes. I need to save Phoebe from whomever she’s with. We can be a whole family again. Our missing part to bring us solace. Just break my chain of destruction. I need you to trust me. I need you to look at my phone.”

“You would have face ID on your phone, Thomas,” Steffy reprimands.

“Well, when you’re devilishly, can’t allow your secrets to get out,” Thomas retorts. Using her hand, he waves his phone across his face. “Here.”

Closing her eyes and inhaling roughly, Steffy slowly opens her eyes to gaze into Thomas’ phone. “Oh my, she’s alive. How? Who would do this to her and our family?”

Thomas moves to kneel in front of his sister; their foreheads touch as they cry, years of despair leaving their souls.

“Do we tell my mom and dad?” Steffy questions.

“No, not until we have her back, “Thomas state. “Mom is too fragile after losing Jack and Phoebe. Dad has his Brooke and Shauna issues. This is just us. Nobody else can know about Phoebe. We have to keep her safe.”

“How are we going to find her?”

Steffy’s eyes hardened,” Are you kidding me?”

Do you think Steffy will agree to Thomas’ tactics in order to find Phoebe? Let us know what you presume will happen next by joining the conversation – and view the gallery below for more shocking soap opera deaths, including Phoebe’s. If you’re a fiction writer who wants your work considered to be featured, email us your fan fiction.