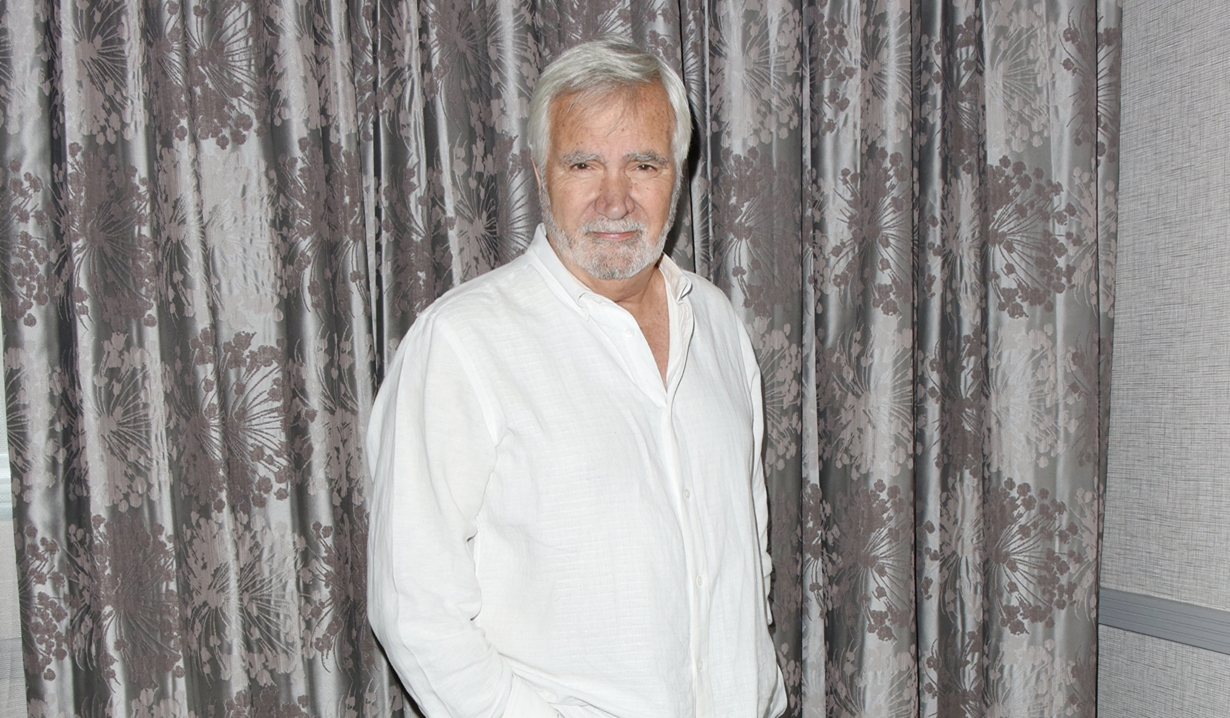 He plays Eric Forrester, but there’s more to him than his soap opera life.

For over 33 years, John McCook has played Eric Forrester on The Bold and the Beautiful. But the silver-haired actor with the dimpled chin and commanding presence actually has far more tricks up his sleeve than his long-running soap career. So, as he celebrates turning 76 on June 20, we’re digging deep into his past to unearth some of the most fun and oddest tidbits we can about him.

McCook appeared in the 1985 classic Back to the Future – or would have, if his scene hadn’t been cut. McCook played a doctor in a retro cigarette commercial that would have appeared on the Baines’ family TV as they ate their meatloaf dinner. Good news, though: You can see the whole thing here! McCook sent a retweet of the video back in 2019, along with a call sheet featuring his name in 2019:

He caught his first big break after being spotted by movie legend Jack Warner while appearing in a revival of West Side Story in New York City – but after signing a contract with Universal Studios, he got drafted into the US Army and spent two years in the military.

McCook’s guest spots also included a sting on Diff’rent Strokes as newscaster Tom Wallace. The Squatter episode aired in 1982, and featured Mr. Drummond (Conrad Bain, who appeared on The Edge of Night as Charles Weldon and in Dark Shadows as Mr. Wells) learning the hard way that condo conversions can lead to hurting a lot of people unintentionally. In addition to his over 3200 appearances as Eric on Bold and Beautiful, McCook has also spent time in character in The Young and the Restless’ Genoa City. But what might be more surprising to learn is that he also appeared as Larry Prentiss, owner of Prentiss Industries, in at least six Young and Restless episodes between 1976 – 1981. (Eventually Dennis Cole took over that role, from 1981 – 1982.) McCook posted several throwback photos of Lance on Instagram in February, noting, “Lance Prentiss had his own private jet, lots of money and always two women he loved. Typical soap hero, right?”

One of his other guest spots was on Remington Steele (with future James Bond Pierce Brosnan) in 1986, playing a disc jockey named Norman Austin in the episode Steele on the Air. In the episode, McCook’s Austin became one of two suspects in the murder of a traffic reporter, who dies while flying in a helicopter. At least three of McCook’s four children work in show business: Seth, 48, has acted and worked as a boom operator in the sound department of several features; Jake, 39, has been behind the scenes as a cinematographer, assistant director and editor (including of two Bold and Beautiful episodes); Molly, 29, is an actress most recently seen on Last Man Standing as Mandy, but who appeared on Bold and Beautiful several times in 2010 as Margot and ‘a friend’. McCook’s other daughter is Becky, 37.

McCook has never felt confined to the small screen: in 1995 he performed as Don Quixote and Don Miguel de Cervantes in Man of La Mancha with the Long Beach Civic Light Opera. He shared this delightful image of himself in the role on Instagram last June, writing, “The inner me. I did this show several times and it filled me up.”

Don Miguel de Cervantes. Man of La Mancha. The inner me. I did this show several times and it filled me up.

In his spare time, McCook loves to work on crossword puzzles. Need proof? He posted this photo of himself in 2019, working on a puzzle and wrote, “Sunday crossword puzzles are the best. In a stressful world, it’s important to find your quiet place. What’s yours?”

Sunday crossword puzzles are the best. In a stressful world, it’s important to find your quiet place. What’s yours?

Get all the latest headlines and news by signing up for Soaps.com’s newsletter now.