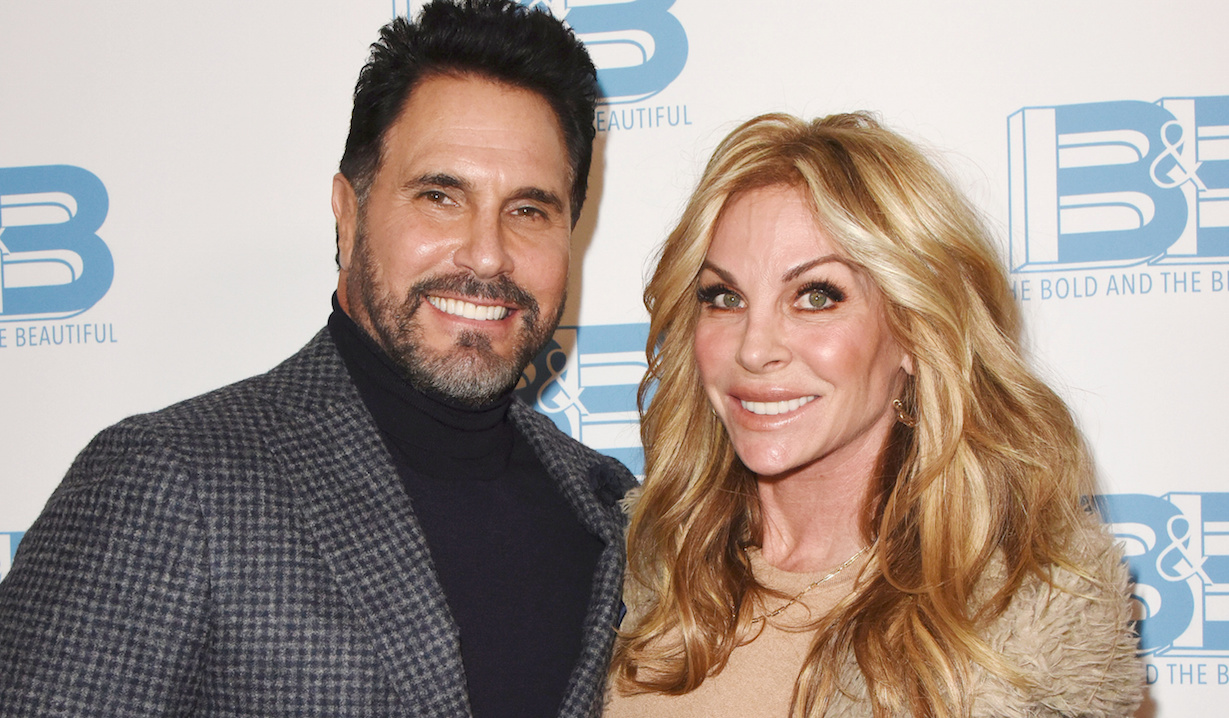 Their love story has been nothing short of picture-perfect.

Traditionally, an eighth wedding anniversary gift is bronze. But if you ask us — and if you don’t, you should — it ought to be gold, at least based on the standard maintained by The Bold and the Beautiful’s Don Diamont (Bill) and his wife, Cindy Ambuehl. If ever two people were more in love than they are, we haven’t met them.

The couple first crossed paths back in the mid-1990s, when she auditioned to play The Young and the Restless’ Ashley Abbott, one of the many (many!) women who’d been involved with his womanizing Genoa City alter ego, Brad Carlton. At the time, Shari Shattuck — then Mrs. Ronn Moss (ex-Ridge, B&B) — got the part. But clearly, Ambuehl got the guy.

As a matter of fact, she got a whole bunch of guys: When she and Diamont paired up, he was already a father several times over, to his and his first wife’s two boys, two stepsons and his late sister’s son. And in 2003, he and Ambuehl added to the mix their own twins!

Finally, following a nine-year engagement, the sweethearts tied the knot on June 12, 2012, in Eze, France. “Because we had waited to get married, the boys were older, and we all had many years together,” the groom told Michael Fairman TV. “So, a lot of our collective life experiences were brought to bear. It was very much like we all got married. It was very emotional for everyone.”

To celebrate the couple’s eighth wedding anniversary, Soaps.com has put together a sigh-worthy relationship timeline. To check it out, just keep scrolling down… 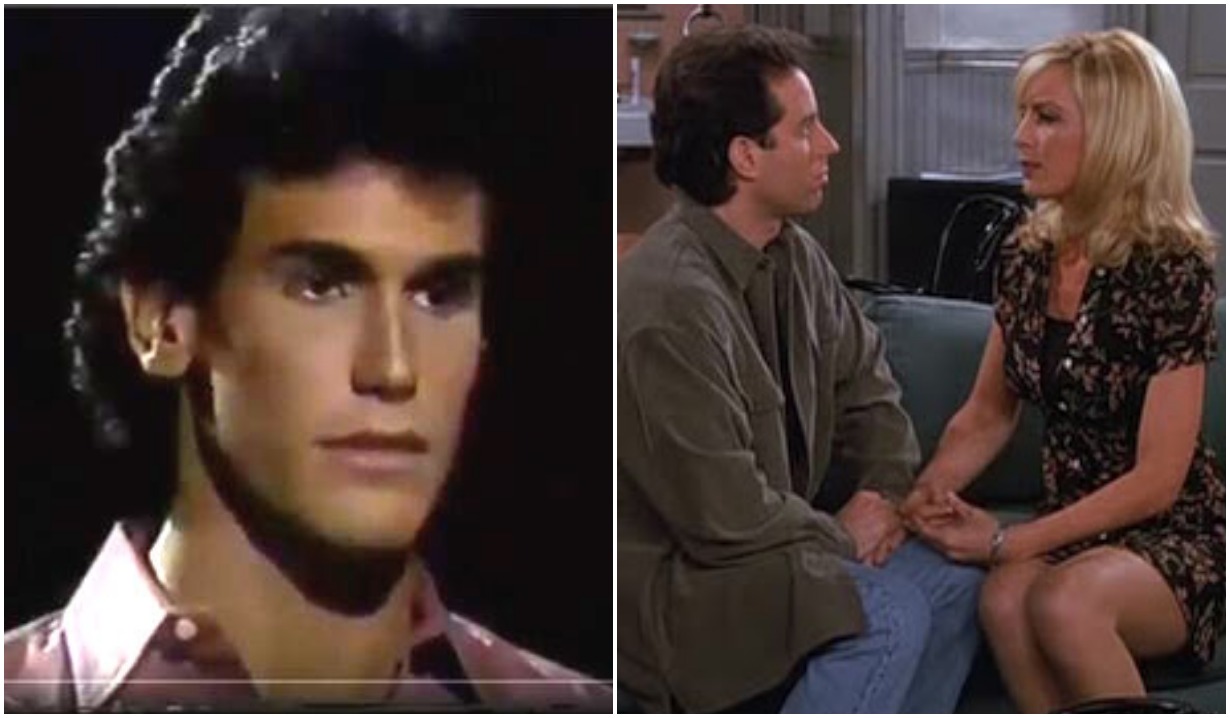 Stars On the Rise
Before Diamont and Ambuehl had even glimpsed one another, much less put hearts in one another’s eyes, they were just a couple of young up-and-comers in Hollywood. En route to what thus far remains his longest-running role, that of libidinous ladies’ man Brad on Y&R, he passed through Days of our Lives in 1984 as hottie Carlo Forenza. Among Ambuehl’s claims to fame prior to her enviable career in real estate is the role of Sophie — one of Jerry’s many short-lived girlfriends — on Seinfield. 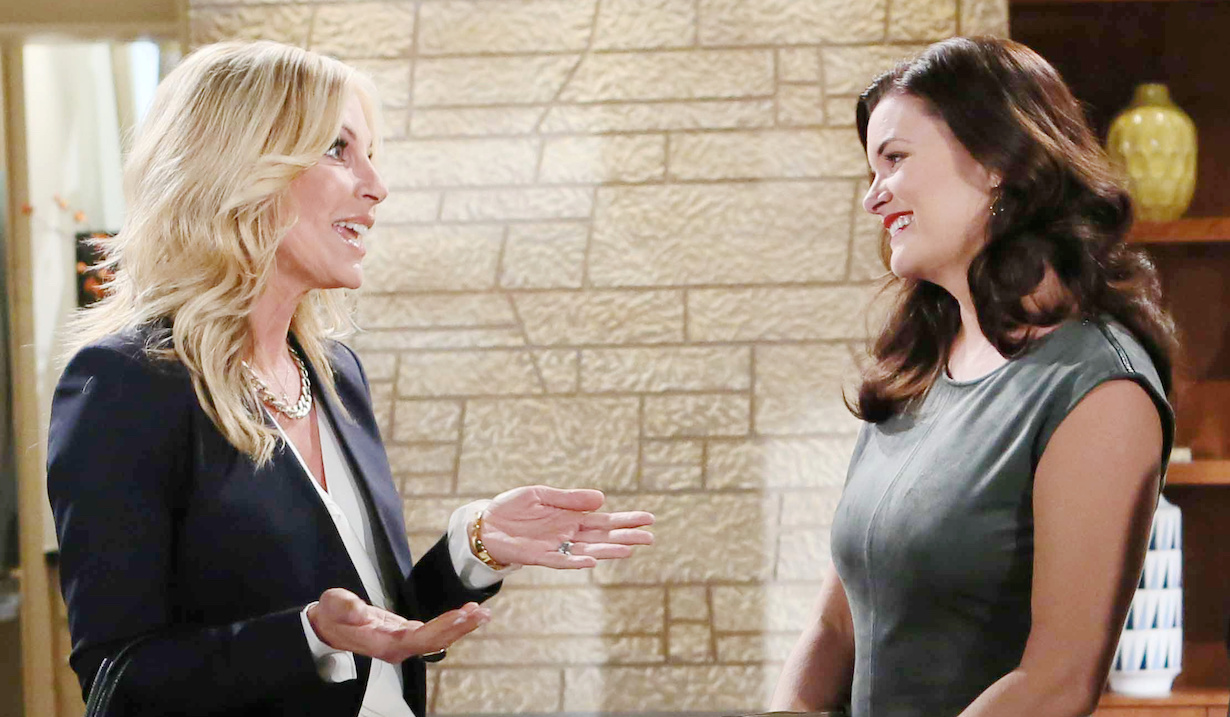 So Close and Yet So Far
Back in 1996, when Diamont was still playing Y&R’s Brad — long before he joined B&B as Dollar Bill — Ambuehl appeared briefly on the half-hour soap as Kim Swanson. She wouldn’t return to the show until two decades later, as Amy, a — irony alert! — real-estate agent who shows Bill’s estranged wife, Katie, the house next door to the Forrester estate. “Donald called me one day,” she told Soap Opera Digest in 2016, “and said… ‘There’s a part that’s perfect for you.’” And was it ever. 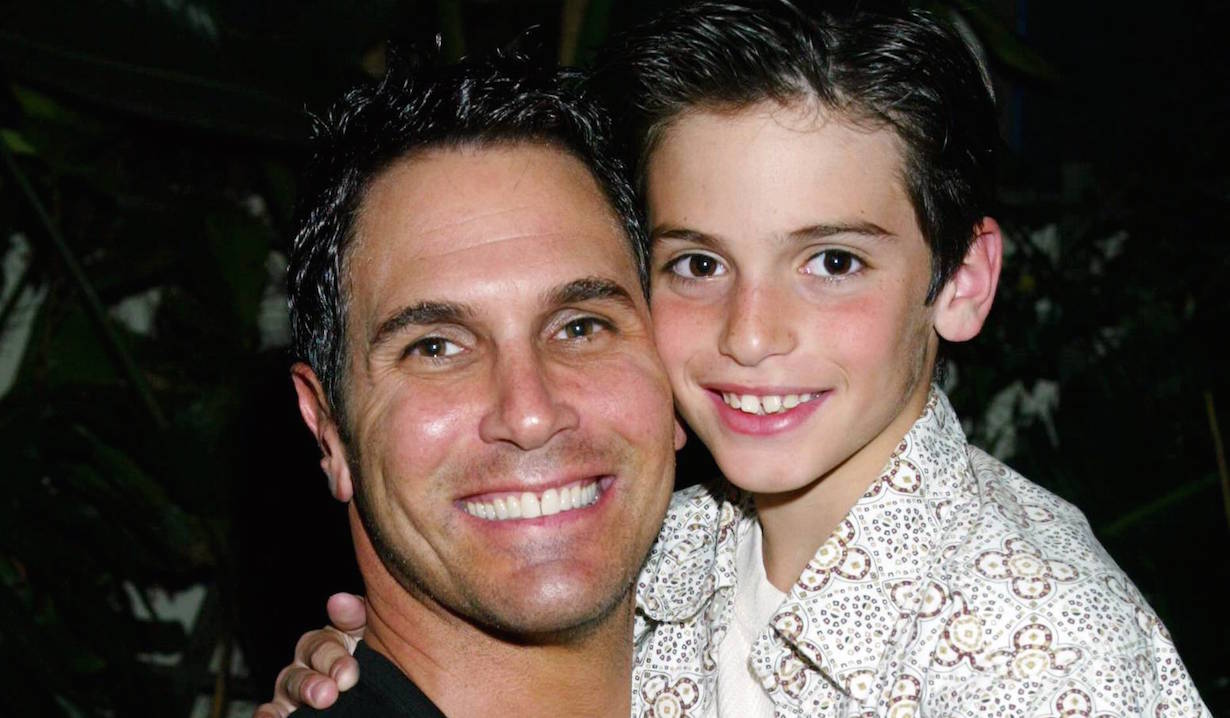 Ready, Set, Family
When the actor, who (fun fact!) was born Donald Feinberg, lost his heart to his future wife, he was already a father. He was raising his late sister’s son, Drew; had two boys from his first marriage, Alexander and Luca; and served as a father-figure for former spouse’s sons, Lauren and Sasha. “It was crucial for me that these guys understand that I was leaving their mother, but I wasn’t leaving them,” he told TV Insider in 2018. “I will always be there for them.” 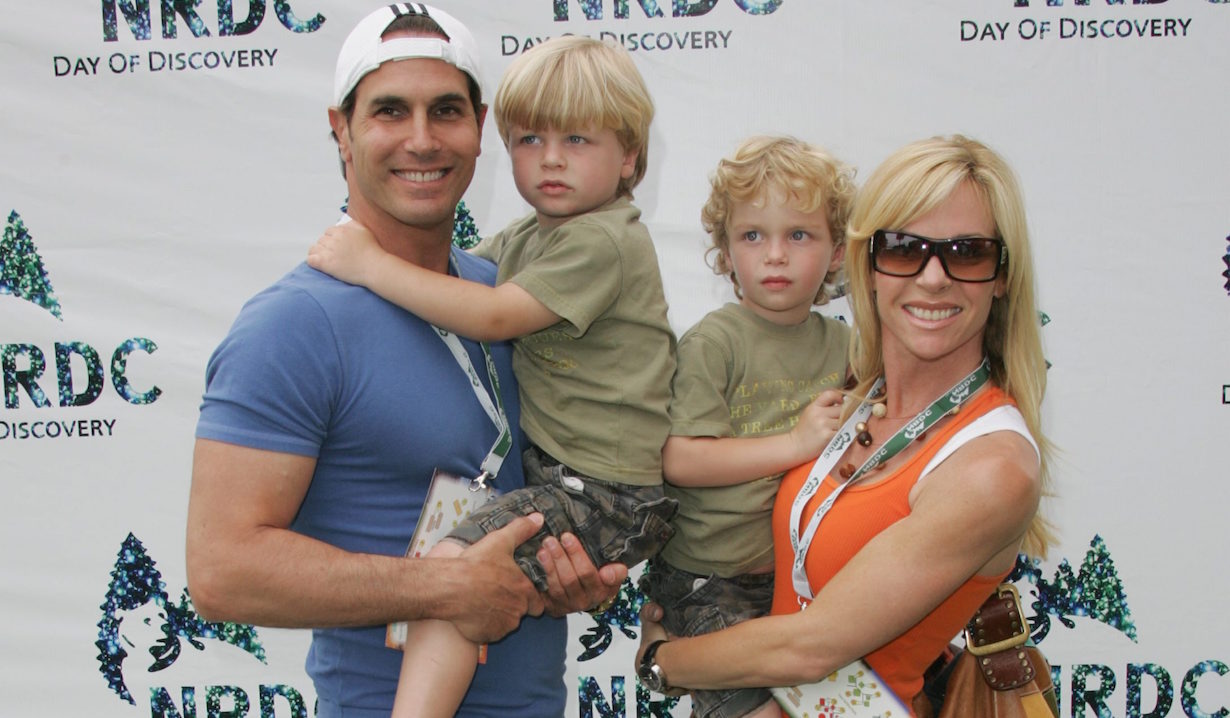 Double Trouble
The term “full house” took on a whole new meaning for the couple in 2003. That was the year that Ambuehl gave birth to her and Diamont’s twin boys, Anton and Davis. Mind you, at that point, she didn’t consider herself to be the mother of seven but eight. “Donald,” as she often calls her better half, is “my eighth son,” she’s been known to joke. “You’re the biggest child of all!” And having seen footage of his high jinx, we don’t doubt it for a nanosecond!

Hope you guys are enjoying the @boldandbeautifulcbs #ToHaveAndToBold week of wedding shows! Flashing back to @cindyambuehl and my wedding day in Èze, France at the magnificent Chèvre d’or Hotel perched on a cliff above the Mediterranean.❤️❤️❤️

At Last
Overseas for the 52nd Annual Monte Carlo Television Festival, Diamont and Ambuehl ended their nine-year engagement on June 12, 2012, at the Chateau de la Chèvre d’Or in Eze, France, with a beautiful ceremony that was attended by, among others, his soap pals: B&B son Scott Clifton (Liam), Kim Matula (ex-Hope) and Jacqueline MacInnes Wood (Steffy), and Y&R’s Christian Jules LeBlanc (Michael). “At the most gorgeous wedding,” tweeted Ambuehl’s pal, Eva LaRue (who wouldn’t appear on Y&R as Celeste until almost a decade later). Judging from this photo, even “most gorgeous wedding” might have been an understatement!

❤️🌸HAPPY MOTHERS DAY 🌸❤️ to our torch that lights the way as the brightest shinning example of womanhood and motherhood that our boys could have!. We are blessed! I, and we love you @cindyambuehl ‼️‼️‼️❤️❤️❤️

Eternal Flame
Clearly, Diamont has never put down the torch that he carries for his missus. “Cindy is hysterical,” he told Michael Fairman TV. “She looks like she does and is hysterical on top of it… She is gorgeous, brilliant, a hard worker… and she puts up with me!” And their madhouse, too! This past Mother’s Day, Diamont heralded Ambuehl as “the brightest shining example of womanhood and motherhood that our boys could have! We are blessed!” Aw. And they say romance is dead!

Before you go, check out our slideshow of other real-life soap couples who found love while working together.