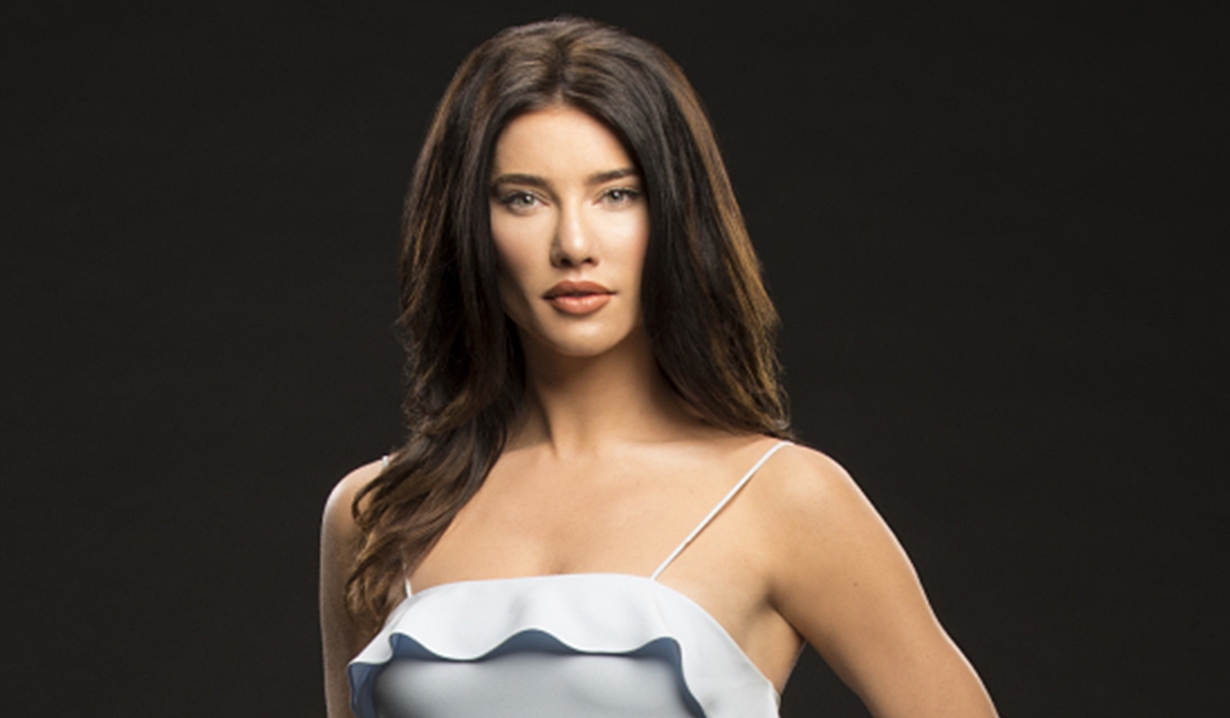 Congratulations to Jacqueline MacInnes Wood, who first appeared in the role of Bold and the Beautiful’s Steffy Forrester on June 4, 2008. The character returned from Europe as a young woman, began working in Forrester Creations’ mailroom, and started dating Marcus Walton (Texas Battle). Both the actress and her onscreen alter-ego have come a long way in the ensuing 12 years.

Steffy has become the co-CEO of her family’s company and has a young daughter, Kelly, with Liam Spencer (Scott Clifton). She made a ground-breaking move as a soap female when she chose herself over the man she loved, while embroiled in a love triangle. Wood has grown into a woman who defines ‘bold’ and ‘beautiful’ in her own life. The actress, who loves to dance and has released a music video, eloped with her husband, Ethan Ruspoli, in 2018, and the pair has since gone on to have their first child together. Their son Rise Harlen Ruspoli was born in March 2019.

Wood’s onscreen life has come to a standstill with production halted on Bold and Beautiful until it’s safe to return to filming, but her quarantine life has been as active as you’d imagine. The Canadian-born actress shared a clip of herself doing workouts with Rise set to Mario Bros. video game music as the toddler climbs and crawls around and through her legs and even gets picked up and incorporated into her exercises.

Being the caring person she is, Wood also posted a video detailing how to save the life of a bird that has flown into your window. She explained that the bird must be turned upright for proper cognitive function, and may not die if you act quickly.

For my animal/bird lovers out there. Just wanted to share this.. it happens a lot and some people just assume that they are dead. Not always the case! You gotta move quick!!.. but you can definitely save them! Do you have any animal tips out there!? Want to continue to be a better human and do my part 💙💚💛

Unsurprisingly, she spent part of Mother’s Day riding her dirt bike and treating herself with time spent doing something she loves. She captioned the post, a photo of her on the bike, “Happy Mother’s Day to me…” which received enthusiastic responses from co-stars John McCook (Eric Forrester) and Darin Brooks (Wyatt Spencer).

Happy Mother’s Day to me..

And while Wood has continued to share fun photos of herself, she also put up photos of the recent protests taking place along with the caption, “I see you. I hear you. I am with you. #blacklivesmatter”

What We Want to See Happen When Bold...

Who Should Ridge & Brooke Be With...